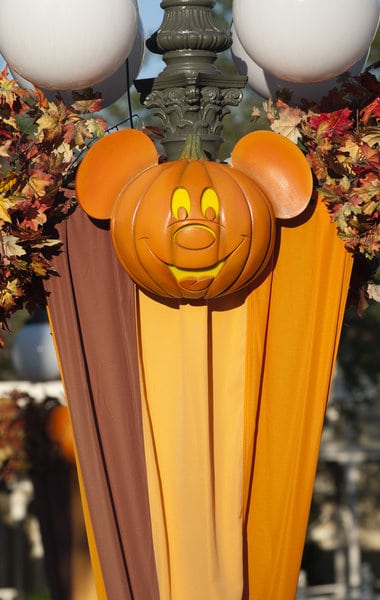 Here’s What To Wear To Disney World In August

The Disney World by Walt Disney is an entertainment resort located near Orlando, Florida.

It is a place with several attractions for its guests. From fine restaurants to water parks, it has amusement for people of all age groups.

It is a perfect holiday destination for kids of all age groups.

There are so many rides at Disney World that it is not possible for you to take every ride. Plan your trip to Disney World according to the rides you and your children enjoy the most.

It is very crowded during the new year, so hotel fares and other activities cost a lot.

During the summer season, the weather gets very hot, and this is the peak hurricane season in this part.

Disney offers free dining packages at this time of the year, and the hotels have their cheapest deals available during this season.

Holiday seasons which include thanksgiving, Easter, and other holidays are the worst times to visit Disney.

Events are the major crowd pullers in Disney World. Some events have become so popular that people come to attend these events rather than enjoy Disney rides.

The EPCOT International Food & Wine Festival, which runs from July to November, exhibits regional specialties with wine or beer recommendations.

This is a separately ticketed event that is open after routine park hours.

Apart from the events, there are endless rides and other activities for guests to enjoy.

Disney World has a subtropical climate with mild winters and hot, humid summers.

It is located in central Florida near the sea, so rainfalls and thunderstorms are very frequent.

For your visit in August, go through the safety instruction in case of a hurricane as well as the refund policy of the resort.

August is the hottest month at Disney World, with an average of 91°F(33°C ) during the month.

Disney receives plenty of rainfall throughout the year, with almost 16 days of rainfall in August.

Walking around all day, visiting different stalls and attractions, can get tiring, so make sure you are wearing comfortable shoes to avoid discomfort.

Other than that, pack shorts, tank tops, and t-shirts for the hot days.

Always carry an umbrella and a rain jacket in your backpack for unexpected rains.

What To Wear For Daytime Activities In Disney World?

Disney World has unlimited rides and very popular events going on during summer.

The major attractions in Disney World are its four major theme parks.

One of these parks is Disney’s Animal Kingdom Park.

More than 250 species of animals are kept here. You can tour different sections of the park on a different ride.

Wear light, breathable clothes with comfortable shoes on your visit to these parks.

One of the four theme parks is The Epcot. August marks the start of the Epcot Food & Wine Festival.

There are 11 country-themed pavilions in this park. Each of them offers food and souvenirs from their respective countries along with a ride or movie experience.

Go to these pavilions with your friends and family and get to know about different world cultures around the globe.

The crowd is looking for activities to beat the heat when they visit in August. Head to the water parks in Disney World to tackle the hot weather during the day.

Disney World has two water parks located within the Disney resort, The Blizzard Beach and The Typhoon Lagoon.

Wave pools, tube rides, and water slides are the largest crowd pullers during this season.

Take swimsuits along with a pair of swimming goggles which come in handy while enjoying the water rides.

What To Wear For Nighttime Activities In Disney World?

Nighttime in Disney World is as fun and exciting as it is during the day.

At night, you can visit the first theme park that was built in Disney World called The Magic Kingdom Park.

Covering 107 acres, this park has six themed areas with several attractions for tourists.

At the center of this park, the Disney castle is built, where you can have dinner in a Cinderella-themed restaurant.

You can also spend time watching exceptional fireworks at night in the Magic Kingdom.

Another theme park is the Disney Hollywood Studios. Visiting this park takes you back into the Hollywood era of the 1930s and ‘40s.

The Great Movie Ride and Toy Story Mania ride are the most popular rides in this park.

There are stage shows, stunt shows, and drawing activities in its Animation Courtyard at night.

These are only a few of the endless attractions you can engage in.

There are no dress codes followed anywhere in Disney World. Pack your essentials and get ready for a holiday of unlimited fun.