During its early days, golf was a royal sport.

Scottish men would dress up in shorts that ended right below their knees and tweed wool jackets along with matching caps, bow ties, and sturdy shoes.

The purpose of these woolen jackets and caps was to keep the players warm. Though they were heavy, Scottish men wore them proudly because during those times heavy clothes exuded power and wealth.

With passing years, the sport evolved, and so did its attire. The 90s era was very interesting for golf, particularly for its uniform. 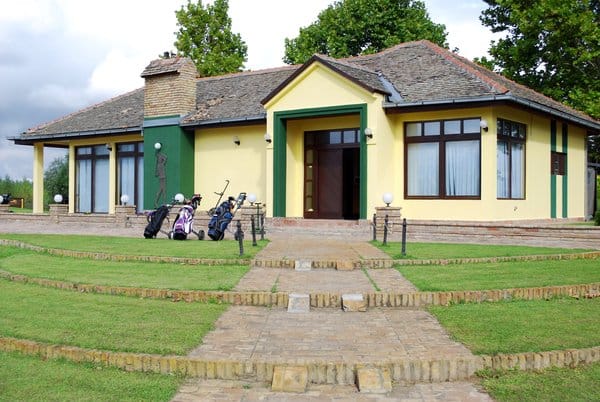 The royal sport had its professional costumes changed many times. Let’s look at how the sports uniform changed over the decades.

In the 1910s, golf attire was unusually formal. Men would wear a single-breasted jacket along with waistcoats and below knee-length shorts. Stockings were also a must, and many high-profile golfers wore them.

For women, the attire was long, flowy skirts and shirts that were not appropriate for the game. They were expected to see golf as a leisure time pass activity instead of a sport.

The golfers in 1920 were no longer interested in the sport alone. Those men not only wanted to hit holes but also the magazines for their attractive outfits.

The most stylish golfers of the time rocked patterned sweaters with plus fours- trousers that run four inches below the knees.

To look sleeker, they wore socks having patterns similar to their sweaters, a bow tie, flat hats, and two-toned shoes.

The women’s golf uniforms also saw a revolution in the 1920s.

The attire became much more appropriate for the game and allowed women more freedom to play the perfect strokes.

Jackets replaced sweaters, and the flare of skirts became a lot less. The length of the skirts remained long.

They also introduced pleats into the apparel to let women play readily while keeping the feminine touch.

To complete their look, women wore patterned stockings and shoes having soles made of rubber.

Another attire that became popular amongst the women golfers was a shirtmaker. Women loved this one piece because it was comfortable yet stylish. 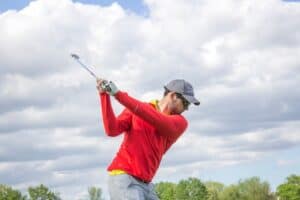 In the 1930s, golf attire became a little more casual for men. Since many men wished to play the sport after work, they ditched the plus fours and replaced them with trousers made of flannel. These trousers were usually white or grey as men wore those colors to their workplaces. The decade also saw a decline in the use of neckties.

When the US held Golf Opens in 1993, many men dropped the usual heavy golf attire as the weather was too hot. They opted for breezy, lighter apparel, but top most players like Bobby Jones stuck with traditional garments.

For women, the golf attire became a single color two-piece- a pleated or non-pleated skirt and cardigan. The partnered stockings and golf shoes with rubber soles were still part of the outfit.

One woman, however, stunned the viewers in the US opening by opting for trousers instead of the usual outfit.

In 1940, golf attire became more casual for men. Knitted shirts with half sleeves took the place of heavier sweaters, and slacks replaced flannel trousers. Some men also wore patterned shots. The golf shoe in this decade has spikes to help the players stay sturdy. 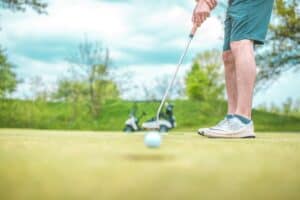 It won’t be wrong to say that 1940s golf attire is similar to what we wear today.

There was not much difference in the uniforms of women golfers. While some wore a pleated dress with stockings, others wore matching two pieces-  sweaters or blazers with long skirts.

Golf attire in the 1950s was similar to the previous decades. Men preferred half sleeves knitted shirts like polos. The trousers, however, became more colorful. Instead of white and gray, men chose brighter colors for their bottoms.

We see a bold change in women golfers during this period. There was no longer a restriction on short skirts. Shorts and sleeveless shirts were acceptable during summers. In winters, women topped their shirts with cashmere sweaters that didn’t restrict their movements and made them look decent.

The 1960s introduced synthetic fabrics like polyester and rayon into men’s gold clothes. Darker colors became popular, and many famous players made statements by wearing matching tops and socks.

For women, the uniform remained the same. They had the freedom to wear whatever they liked. Be it shorts, skirts, sleeveless tops, or dresses. Bold colors also became more acceptable for women golfers.

Men’s golf attire changed drastically in the 1970s. Golfers started wearing funky colors. Magenta, purple, and kelly green were the most popular colors of the decades. Turtlenecks overshadowed knitted shirts. Patterned shirts made a comeback, but instead of checking, it was houndstooth. 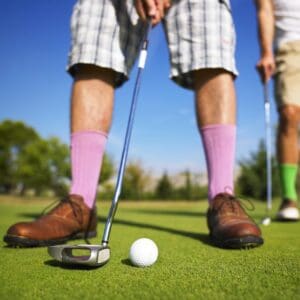 In the 1970s, we didn’t see a vast change in women’s clothing styles. Since the equality movement was becoming more prominent during this time, women started to dress like men golfers. So you see more players wearing pant suits with platform shoes.

For men, 1970s dark color and houndstooth patterns were in full swing even in the 1980s. They also discovered waterproof leather for shoes in the eighties. 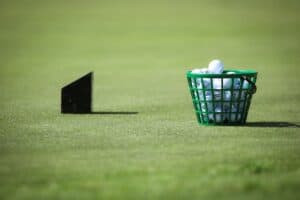 The 1980s saw a change in fashion trends for women. High-waisted pants with complementing shirts became an all-time favorite of women golfers. To make their figure more prominent, they also wore belts around their waists. 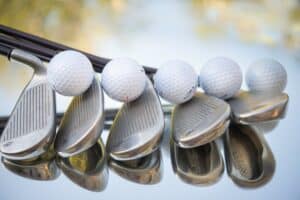 During this decade, women golfers gave up brighter reds and began wearing more subtle colors. With the increasing popularity of sports amongst women, well-known brands like Ralph Lauren started producing clothing collections only for golfers.

This was the end of the 90s era and the beginning of the new one. Today, most golfers wear outfits similar to what they wore in the 1990s.