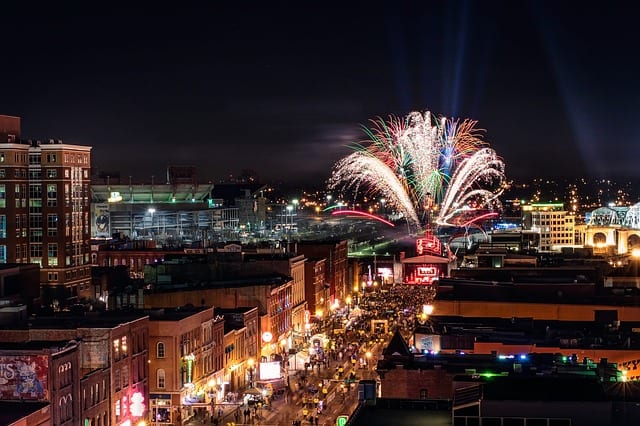 What To Wear In Nashville In April? (Here’s What)

Nashville is the hometown of country music and bluegrass, also having R&B roots and a strong pop and rock culture.

Tourists flock to the city year-round to listen to live music in the honky-tonks of Broadway and to see the famous recording studios on Music Row.

The best time to visit Nashville is in April when the weather is slightly warm and brings this music city to life.

Nashville has relatively pleasant weather from April through October, so as a tourist, wanting a good weather but with fewer crowds, you should prefer the spring or fall months.

The famous places in Nashville, the Ryman Auditorium, Tennessee Performing Arts Center, Schermerhorn Symphony Center, Grand Ole Opry House, and Bridgestone Arena all have fantastic events scheduled with big-name artists and local acts that would be a great experience for tourists.

In April, you will see many activities going on in Nashville like concerts, baseball games, Nashville’s annual comedy festival, and record store day which is a nationwide celebration of independent record shops.

The average daytime temperature in Nashville during the month of April is found to be 20.7°C or 69.3°F.

Whereas, the average nighttime temperature in Nashville during the month of April is found to be 8.4°C or 47°F.

Also, the possibility of rain in April is high with an average of 121mm (4.8in). It rains on an average total of 10 days in Nashville during April.

What to wear for daytime activities in Nashville?

During the day in Nashville during April, you will likely spend your time touring museums, sightseeing, and visiting bars on Broadway.

For daytime, I would suggest wearing shorts with a t-shirt and for girls, a casual romper or a comfortable prairie dress that would be great for warm afternoons.

For shoes, I would recommend sneakers or sandals so that you can put a lot of miles on them.

What to wear for night time activities in Nashville?

Some sights are nicer at night in Nashville since there are fewer people on the streets, and some sites come to life at that time.

Nashville has so many activities in April that you will want to make the most of your time here, especially at night.

Your visit to Nashville won’t be complete during April without experiencing what this city is known for, that is music and parties at night.

As the nights in Nashville during April are chilly, I would recommend you to pack some grey jeans along with a leather jacket and black boots that will be the perfect combination for a concert or a party in Nashville.

Other things you should pack for an April holiday in Nashville:

In April, it is basically spring and for spring in Nashville, you will want to keep your packing list simple, but suitable for the slightly chilly weather.

Pair of boots that will work with all your outfits, sandals for a casual walk, pair of jeans, shorts, a leather jacket, 2 shirts, short floral dress, photocopies of your passport, and scarves.

For your personal use, you will need masks, sanitizer, hairpins, undergarments, a power bank, medicines (if you are on any medication), deodorant, towel, toothbrush, and headphones.

Besides the clothing and your personal use items, you would also like to keep a camera with you as Nashville is a beautiful place to capture pictures.