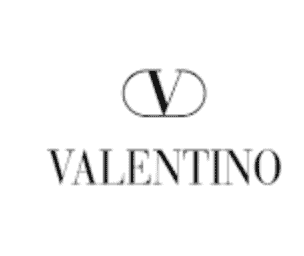 Is Valentino A Good Brand? Is It Luxury? (Plus Other FAQs)

The brand’s journey started with Valentino Garavani, who initiated his dream job at an early age as an understudy for fashion artisans.

After receiving his education at the École des Beaux-Arts and then later in the Chambre Syndicale de la Couture Parisienne in Paris, he worked for Jean Dessès and Guy Laroche until launching his own fashion store on Via Condotti in Rome in 1959.

Valentino made its premiere at the Pitti Palace in Florence in 1962, catapulting the designer into international fame.

Valentino immediately became recognized for its high-end, gorgeous red gowns, and it’s no accident that the brand’s diffusion line was named after a color, catching the attention of ladies all over the world, including Jackie Kennedy.

Jackie Kennedy was the one who gave the brand its big break in 1964. The First Lady had noticed a two-piece black organza ensemble and phoned the brand to inquire about the designer.

She was interested in the brand after purchasing a piece from Valentino. Valentino had visited New York to show his collection at the Waldorf-Astoria and had sent a few pieces to Jackie Kennedy’s Fifth Avenue residence.

Jackie bought six outfits to wear throughout the year of grief following her husband’s killing.

Valentino became Jackie’s friend, and he subsequently designed the white gown she chose to wear at her wedding with Aristotle Onassis.

Valentino debuted his all-white collection in 1968, which included the ‘V’ insignia, which has since been synonymous with the company.

This collection, which deviated from the brand’s characteristic red hue, earned him the Neiman Marcus Award.

Valentino shared his time between Italy and New York in the 1970s. He became a member of the jet-set society, making friends with Andy Warhol and others.

Lady Gaga will be the face of Valentino’s new fragrance, Voce Viva. Now, that’s one big icon to score for promotion.

Valentino, like the majority of high-end fashion brands, has its own line of perfumes. ‘Valentino Classique for Women,’ the brand’s debut perfume, was introduced in 1978.

Is Valentino a luxury brand?

Valentino, part of the Valentino Fashion Group, is indeed a luxury fashion business, which since its establishment, has been providing luxury all over the world in massive diversity.

Is Valentino a popular brand?

Valentino stores are present in over 100 countries, so yes, it is a popular brand.

However, Valentino isn’t the only fashion house with the name Valentino. With its otherworldly couture long list of celebrity fans, the Italian brand is easily the most popular company in the world to have that kind of a moniker.

However, a similarly-named business actually surpassed it in the market. When Garavani initially opened his doors, an unconnected Mario Valentino was actually in business in Italy, selling footwear and then leather products, and had been doing so since 1952.

Why is Valentino so popular?

Valentino is associated with accessories rather than ready-to-wear by today’s fashionistas. Their romantic style has evolved to match the demands of today’s customers. Which is one of the biggest reasons behind its popularity.

Valentino’s most well-known and recognized line is the ‘Rockstud’ collection, which is part of the Valentino Garvarni line.

The ‘Rockstud’ collection started as slingback pumps and has now grown to encompass an entire product line. The shoes have remained a best-seller for the company and are now available in a variety of designs, including mules and caged pumps.

Crossbody purses, tote bags, and clutches are all part of the Rockstud range. The Rockstud collection also includes bracelets and cards.

The ‘Reversible VLogo Signature’ is another renowned collection from the fashion house’s accessories division.

Starting from knee-high boots to belts and purses, the ‘V’ logo can be seen on everything.

Valentino’s clientele is virtually unsurpassed in the business. Queen Paola of Belgium, as well as Princess Margaret, were both fans of the brand. Valentino is now a red-carpet mainstay, thanks to Audrey Hepburn’s many appearances in the brand.

Valentino Garavani is also known for being one of the handfuls of designers to appear in the popular film ‘The Devil Wears Prada.’ At Paris Fashion Week, he features in a sequence with Meryl Streep.

Valentino watches, on the other hand, are significantly more than just a brand name. They’re constructed with meticulous attention to detail.

Valentino wanted a timepiece with a recognizable design and the feel of a handcrafted piece. The timepieces are designed to look like works of art on your wrist. Each watch is individually constructed and polished to offer you the luxurious appearance and feel you desire.

Valentino watches give each outfit a refined touch. Every manufacturer aspires to be the first to introduce timepieces to their collection, but Valentino established a new bar when he designed his. They always keep a timeless, classic style.

You may be hesitant to buy anything after learning about all of the scandals that have surrounded this business for so many years, but you should not allow the past to influence your decision. Despite his early misdeeds, Valentino Garavani has developed a highly regarded high-end label.

Yes, there are two separate brands under the name, but it is up to you to choose which one you want to buy from. Nevertheless, Valentino Garavani is a high-end luxury brand that will be around for a long time. Its creations are elegant and timeless. So if you have the monetary means to buy their lavish products, you will be well taken care of!