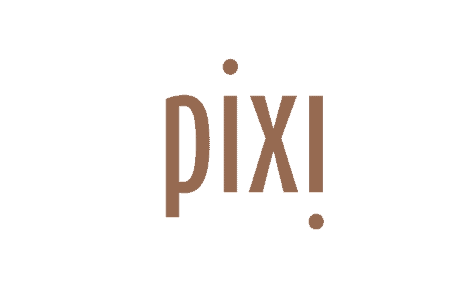 Is Pixi a Good Brand? Is It Luxury (Plus Other FAQs)

If you have been doing something for 20 years, it’s understandable that you are going to be very good at it. And Pixi has been excellent at creating products that refresh your skin and make it glow so that you always look the best version of yourself.

Created over two decades ago in Soho, London, Pixi has been bringing out the natural beauty in individuals through its beauty products.

Their products ensure that you look fresh, whether you have just had a good night’s sleep or have been working tirelessly throughout the day.

Pixi was founded by Petra Strand, a makeup artist and product developer with 20 years of experience in this particular field. This has given her plenty of time to hone her craft and groom her products to perfection.

She has a fiery passion for skincare and has been developing products incorporating botanical herbs and other beneficial components.

Petra, being a working mother of four herself, recognizes the vitality of multitasking, and this mindset reflects on her products too.

Pixi products are simultaneously competitive at de-aging and reducing flaws in your skin, establishing them as the brand to beat in the cosmetics market.

Is Pixi a healthy brand?

Unsurprisingly, due to their adherence to botanical ingredients, which infuse your skin with a sparkling glow sans any side effects, Pixi has developed a healthy fan following.

Even celebrities can’t help but fall in love with Pixi, with Oprah being a prominent fan.

The packaging is also premium, and despite the slew of skincare features they offer, Pixi products are also light on the wallet, making high-quality skincare accessible to the masses.

Customers worldwide swear off Pixi, commenting on the fact that they felt refreshed and noticed a radiance in their skin after regular usage of its product.

This level of loyalty and satisfaction is a testament to Pixi’s tireless pursuit of excellence and affordability wrapped into one supreme package.

Like all good dishes, the secret to Pixi’s evergreen product lineup is the ingredients and the formula used to concoct them.

They mostly use botanicals but even the artificial chemicals used are thoroughly examined to make sure they are harmless to the touch and won’t leave lasting effects on your skin.

Two of the most notable Pixi products are Pixi Glow tonic and Pixi Glow Glycolic Boost Sheet Mask. They have been widely accepted as the best selling and most effective among Pixi’s lineup.

Glow Tonic is a great preparatory accessory used before make-up, as it helps to rejuvenate and exfoliate your skin.

For the past couple of years, sheet masks have seen an exponential rise in popularity. This has led to a surge in companies around the world dabbling in developing their own sheet mask formulas, and Pixi’s Glow Glycolic Boost Sheet Mask is considered the best in the business.

They might be a bit on the expensive side compared to many Korean brands, but that slightly hefty price tag is accompanied by the promise of a safe and easy-to-use makeup experience.

Apart from the ones mentioned, Pixi offers many other products which are top of the line in their respective applications, including, but not limited to:

Is Pixi a luxury brand?

Undoubtedly, Pixi is synonymous with the upper echelons of luxury skincare products and has its own niche of high-profile buyers.

Various celebrities have spoken out about their love for this brand. Because of this free advertisement and marketing by public icons, Pixi has developed into a luxury brand in its own right.

Pixi products promise luxurious features like skin-loving ingredients, high-quality skincare, and becoming the most beautiful version of yourself you can be.

Being the recipient of countless awards has also helped Pixi gain a foothold in the luxury beautician market.

This is especially beneficial for teenagers, as many modern beauty products contain hormone-altering reagents which affect their skin in the long term and may have detrimental effects on their growth and development.

Pixi is very careful not to include any chemicals that may have such an effect, establishing them as a company that believes in customer welfare.

So, is Pixi the best brand for your skincare?

These include being miles away from practices that include animal cruelty, versatile products suitable for a number of applications, and ingredients that are harmless to the human skin.

A defining feature of Pixi products is that they are extremely accessible and can provide the best look in the shortest amount of time required for application.