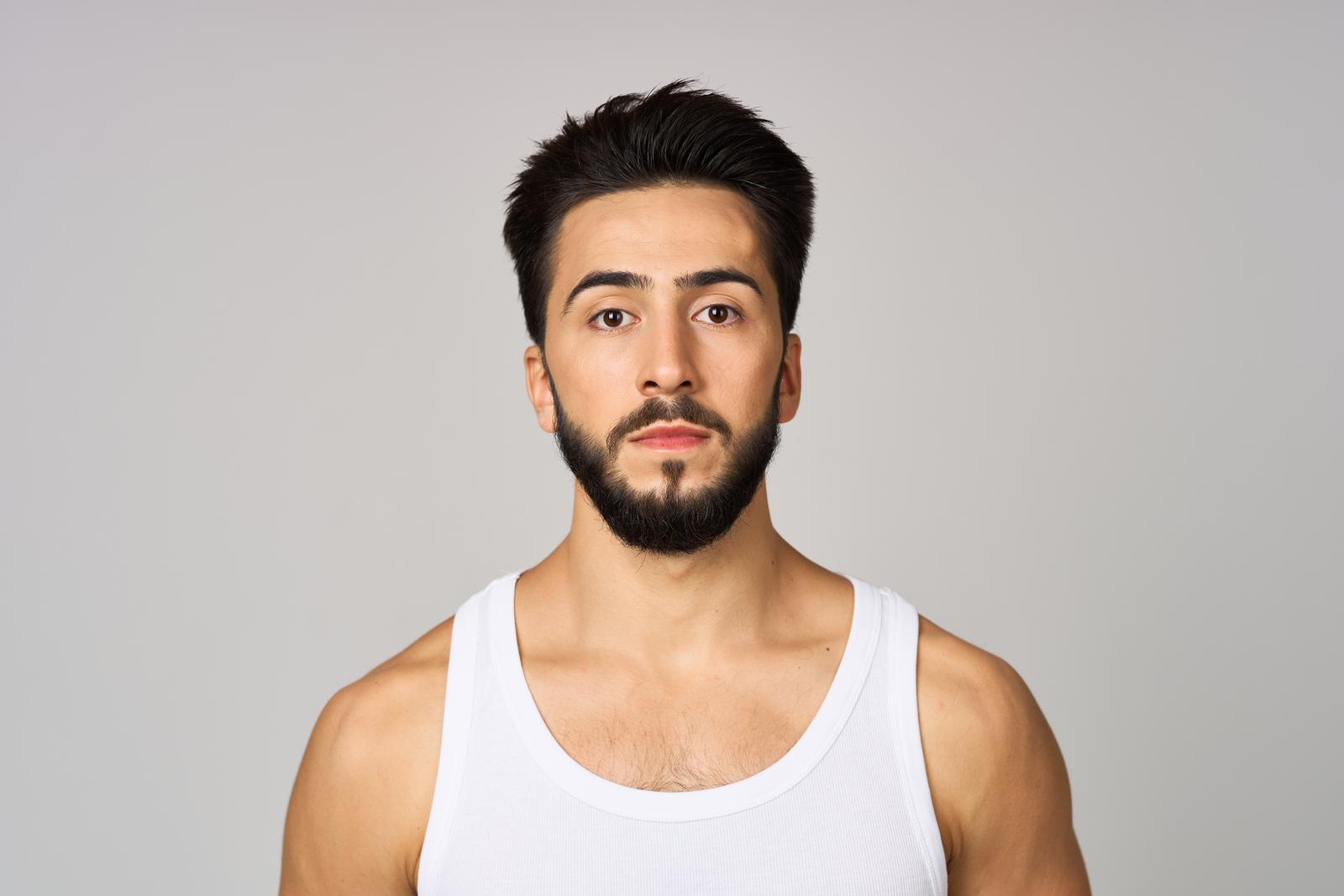 A white tank top is a statement piece to wear on the streets during summers. It keeps the heat away, while keeping you looking cute all day long.

Then one person might come along like a rain cloud on a perfectly sunny day, and ruin it by saying

“Hey dude. That wife-beater looks really good on you.”

Now, why would someone attribute such a horrible nickname to such a stylish piece of fabric from your closet?

Well, there is quite a rich history to consider that led to the garment earning this name.

We might even discuss a few reasons why calling the tee “wife beater” should be put to an end.

Why Do They Call Them Wife Beaters?

In the middle of the 20th century, a man named James Harford beat his wife to death.

The images in newspapers later showcased him wearing a white A-shirt with a blood stain down its front.

Whether it was actually blood on his shirt or not, or was it even the original tee he wore while murdering his wife, we do not know.

But what we do know is that this incident jeopardized the reputation of the most reputable clothing piece available in the market at that time.

The t-shirt continued to be a target of uncalled-for criticism, where it became a symbol of danger and imminent violence.

Marlon Brando, the Hollywood star showcased the wife-beater in a movie called “A Streetcar named Desire” in which he portrayed the character, Stanley Kowalski.

It was quite a controversial character, depicting a man with violent tendencies, with a storyline that involved around raping his sister in law and subjected his wife to domestic abuse.

Now, why should a piece of cloth suffer for the crimes of his master?

I mean, do you start calling jeans by the tag of child molesters or rapists?

Or start insulting stunning pieces of jewelry or accessories by the deeds of their serial killer predecessors?

This trend is as absurd as the name wife beater shirt suggests.

And to keep calling it by the name just adds to the insanity.

The wife beater shirt was also used in a negative context among European and American citizens to label the Italian immigrants who weren’t considered white, yet.

At this point in time, wife beaters were not as much of a symbol for danger or tyranny, but rather used as a means of class distinction where they were increasingly worn by the working classes.

Since their jobs required greater physical movement, wife beaters became their favourite pick due to their comfortable and stylish outlook.

The Italians were beginning to understand terms like “dago tee“, so the Americans used wife beaters instead to make fun of the immigrants.

This is a perfect example of how a failed behavior of a society leads to the derogation of a perfectly innocent piece of clothing.

Popular websites like Amazon, continue to accept and show results for “wife beaters” almost instantly flooding the page with stylish sleeveless white tees with a rather unfortunate name.

What Is The Meaning of a Wife Beater Shirt?

The shirt was originally designed for summers, to battle the heat as well as keep you looking cool and trendy.

Not to mention it gave you the perfect excuse to show a bit of skin. It could be worn as an undershirt or could be left on to make a statement on its own, earning a rugged street style look.

It is one of the fashion statements that has traveled down decades and continues to be worn with pride and comfort by millions out there.

Celebrities like Henry Cavill, Channing Tatum, Mark Wahlberg and Eminem can be seen sporting them on multiple occasions.

The t-shirt is characterized by a low neckline, large holes to expose your shoulders and arms, much like a tank top and is usually meant to be fitted rather than loose.

It is made from ribbed cotton, a fabric that is stretchy and allows a snug fit as keeping your skin breathable.

Tips On How To Wear A Wife Beater

Both men and women can wear it, (Miley Cyrus wore it in her music video: the wrecking ball) and can be quite a sexy go-to piece to have in your closet.

This is because it’s quite easy to wear and you don’t have to put too much effort in putting an outfit together with a wife beater shirt (argh, I know).

Just pair it up with some jeans and your favorite shoes and you’re good to go.

I think it’s high time that such a quality and diverse piece of clothing got a more deserving name, and it’s got to start somewhere between you and I.