Here’s What To Wear in Los Angeles in January!

One of the most prominent cities in the world is Los Angeles or LA.

LA is a well-known city and a well-liked holiday destination because of Hollywood stars, the TV and movie industries, and magnificent beaches.

Los Angeles is a city distinguished by its people, a place for big aspirations, artistic expression, and endless possibilities.

L.A., one of the most culturally varied cities in the world, encourages tourists to immerse themselves in distinctive viewpoints, unexpected experiences, and open-hearted community.

Whether you’re a seasoned traveler or a first-time visitor, the City of Angels offers a wealth of diverse neighborhoods and undiscovered jewels to uncover.

Los Angeles, which lies in the southern part of the state of California, is well-liked by both moviegoers and beach bums. 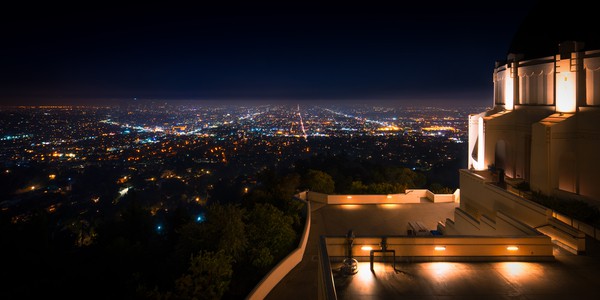 The city is the ideal location for a traditional city break because it has such a vast range of stores, clubs, and restaurants.

Autumn weather is pleasant, with low-twenties temperature ranges for the majority of the month.

The Valley, a warmer suburban sprawl to the north, and the Basin make up the majority of the city proper (the ocean-adjacent flat lands south of the Santa Monica Mountains).

The Westside of the Basin is home to upscale suburbs and beachside communities, while Central Los Angeles is home to diverse societies and trendy “hoods.” 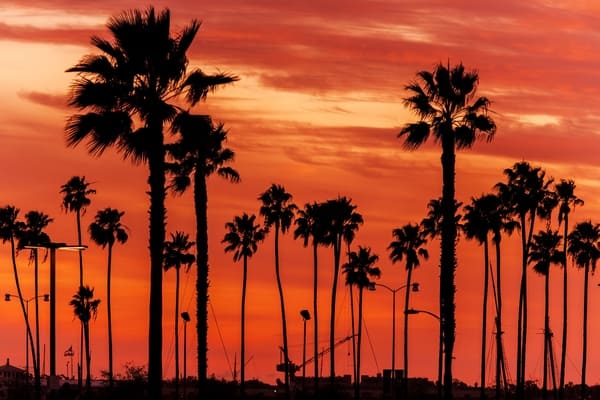 Beginning the New Year in Los Angeles, California, brings warm temperatures and the most rain you’ll likely see all year.

With a mean temperature of 13°C (approximately 55°F), January in Los Angeles is among the area’s mildest months.

The expected highs and lows for January, while warm, provide a pleasant break from the summer’s scorching temperatures.

A typical day in January in Los Angeles will include eight hours of sunshine, allowing you to take advantage of all that the city has to offer.

Despite the fact that January is one of the rainiest months in Los Angeles, you probably won’t need an umbrella on most days.

To be certain that you need to bring your umbrella or raincoat, look up the local weather forecast.

Even though January’s average rainfall is only 79mm, that is still quite a bit more rain than the 66mm average for the month before it, December.

In Los Angeles, there are typically six rainy days every month. There is a 16% probability of rain and a 14% chance of clouds on any given day.

Even though it’s warm outside, you probably won’t want to swim in the Pacific Ocean or dip in at one of LA’s many beaches.

Anyone venturing into the water in January will undoubtedly need a wet or dry suit because the mean sea temperature in the Pacific at that time of year is a frigid 15°C (about 59°F).

On any given day in January, while you are there, there is a 71% probability that it will be sunny.

For evening activities, consider taking a jacket or sweater because the temperature still drops at night.

In most other U.S. cities, the weather in January is rather chilly. There’s either snow, sleet, rain, or simply extremely low temperatures.

Even though it’s the off-peak for tourism, there are still a lot of people traveling through Los Angeles, and traffic is as congested as it always is.

Do not forget to pack a wetsuit if you intend to spend time swimming.

You should also carry water-proof boots or leather shoes for your city tours since January tends to be a rainy month in Los Angeles.

In terms of style, Californians are quite tolerant and pretty much anything goes.

According to the local weather forecast and what you are most comfortable in, pack accordingly.

For your daytime explorations, pack either 3-4 shirts and long sleeved cotton shirts, or a similar amount of dresses with light cardigans and sweatshirts.

Jeans, leggings or skirts, anything works in Los Angeles. You can pair these with ballet flats, sneakers, or comfortable walking shoes.

What to wear for your nighttime activities?

There are numerous cultural events in January that include music, beer, art, and other things.

You should pack a rainproof jacket (such a puffy jacket or leather jacket), a comfortable cardigan, and a sizable sweater if you’re going to Los Angeles in the winter.

Pack several layers of clothing that you can remove quickly if it gets warm in your luggage.

For evening clothing, it is advisable to match tee shirts with lightweight tops or polo shirts and long sleeve shirts.

Combine various items to create an ensemble that can be worn as a top layer when the weather is cool.

You can also dress in ponchos, cardigans, and down vests.

Pack light cardigans and jackets that match your daytime outfits so that you can easily layer them on top. Pack a beanie and a scarf as well for cooler evenings.

When going for dinner or clubbing, always check the dress code.

Most high-end restaurants and clubs have strict dress codes that you need to adhere to.

Therefore, pack one to two formal outfits such as party dresses, heels, and jewelry along with appropriate coats or blazers.

Dressing for a night out may be challenging whether you’re going to a restaurant, bar, concert, or club since you want to seem like a native without trying too hard.

Since most Californians strive for style and comfort, this will be right up your alley.

Have fun and bring your favorite things.