Wearing Hawaiian shirts have become quite popular among tourist men, but women can also wear them. It has an polynesian background, where no definite origin is set.

There have been mixed reviews on whether or not wearing the Hawaiian shirt falls under cultural appropriation. 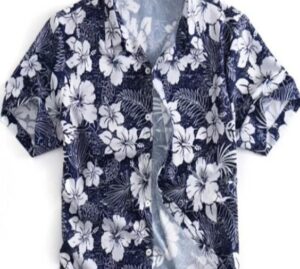 It is increasingly being worn by people all around the world and calling it cultural appropriation might seem a little too harsh for some since it has become more part of a global culture.

So, what is it that triggers people about wearing Hawaiian shirts and perceive it as disrespect to Hawaiian culture?

Why is it offensive to some and completely fine to others?

The history of Hawaiian shirts have a rather skeptical outlook, since who designed them in the first place remains a mystery.

Some say they were actually first made by Japanese women for trading and exports where they were inspired by the design of their kimonos, to make them also available for men.

Another source claims that it was actually within the city of Waikiki in Hawaii that a Chinese merchant named Ellery Chun, who made the shirts and made them available for the Hawaiian people to buy.

It was increasingly adopted by the natives and became part of their identity and culture.

Since Hawaii was always a hub for tourists, the visitors couldn’t help but get attracted to the brightly colored apparel and fit in better with the people.

The mid 20th century truly witnessed the rise of Hawaiian shirts where they were adopted by natives and tourists alike.

The apparel remains to be predominantly defined as part of Hawaiian identity.

With its rather unclear and mixed origin and history, it would seem that to claim wearing Hawaiian shirts is cultural appropriation would come up as rather weak, since it wasn’t originally a Hawaiian garment.

However, it would do us better to gain more knowledge about the garment so that we don’t end up doing anything disrespectful and make the Hawaiian people feel offended or inferior.

When gone about the wrong way and intentions, it would for sure be offensive to the Hawaiian people and be considered disrespectful. 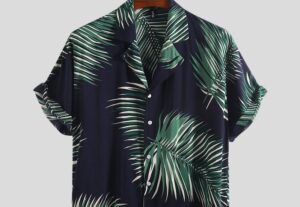 There are various ways in which the Hawaiian shirt is being used to advocate certain ideologies.

There are certain theories that state Hawaiian shirts are being used as a symbol by the Boogaloo group who are essentially white supremacists rebelling against the federal government.

It is also seen as a colonisation symbol by some, where history doesn’t lag too far behind that the Americans tried imposing taxes on the Hawaiian people.

However, this theory holds little truth since, even though a portion of Boogaloos holds some number of white supremacists, there is a majority who support movements like black lives matter.

These could also prove to be baseless theories since Hawaiian shirts weren’t always part of the native culture. The shirts weren’t common until the 1900s and are thought to be inspired by Japanese kimonos, implying a mixed origin.

Even though they weren’t ever truly out of style, Hawaiian shirts are now part of the roaring fashion trends of 2022. Many famous celebrities are wearing it with a twist of their own, both male and female. 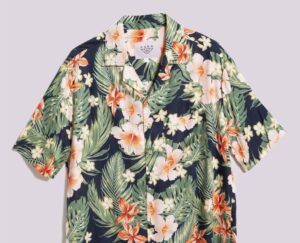 These include Rihanna and Justin Bieber, who have a large number of people all around the world who look up to them and want to adopt their styles.

Hawaiian shirts are increasingly being incorporated into the wardrobes of ordinary people, representing tourist vibes rather than Hawaiian culture.

Hawaiian themed parties also make use of the shirts, along with hula girls and leis, due to the colorful, fun and free spirit they symbolize.

When worn properly, with knowledge and respect of what these represent, wearing Hawaiian shirts can be a source of pleasure and fun for the wearer.

Native Hawaiians don’t even seem to mind that much as what the recent theories of certain professors came out, if obviously they aren’t worn with guns and any other sort of hidden mockery behind it.

Hawaiian shirts are pretty versatile articles of clothing that can be worn in a number of ways without breaking the rules too much. 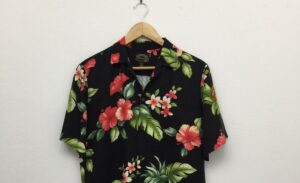 You can go for a snug fit or looser fit according to the style you wish to wear it in, where the former is a safer option. Keep your accessories to a bare minimum, where belts and ties should go nowhere near your Hawaiian shirt.

How To Wear it

Pair it with any kind of trousers you feel like but please don’t tuck the shirt in. A straw hat and beach shorts would go pretty well with your Hawaiian shirt.

You can also wear it with a t-shirt underneath if you don’t feel comfortable with the bright colors.

Leave your shirt open and pair it with jeans and sneakers for a sleek smart look. Try to choose colors that match your skin’s undertones to bring about the magic of the fun loving shirt.

So, Is Wearing A Hawaiian Shirt Cultural Appropriation?

We live in a globalized world where cultures from different parts of the world are adopted by both local and foreign people.

The same could be said about Hawaiian shirts that have become part of the global culture where its Hawaiian identity isn’t compromised, rather enhanced.

Sure there are a few lunatics who are using them for their sinister means, but the majority of the wearers have good intentions and only want to have fun.