Here’s Why Tank Tops Are Not Allowed In School!

But why are they not allowed in some schools?

Some argue that tank tops are too distracting for boys and girls. On the contrary, others say it’s simply inappropriate to wear a tank top in a classroom setting.

However, no matter the reason, it seems like tank tops are becoming increasingly taboo in our schools.

Let’s take a look at both sides of the argument.

Also, this article will help you decide whether or not tank tops should be allowed in school. 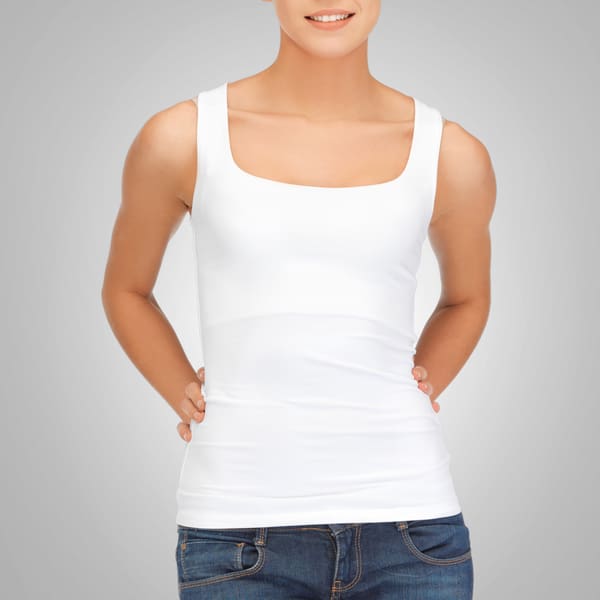 Why Do Schools Have A Dress Code?

It’s no secret that school dress codes have been a controversial topic for many years. For some, schools enforce conformity and discourage self-expression through dress codes.

However, many contend dress codes help promote a safe and respectful learning environment.

So why exactly do schools have dress codes?

A school dress code is a set of rules specifying the type of clothing worn in school.

Some dress codes are designed to promote safety. At the same time, they are also intended to foster a sense of community or instil discipline.

By and large, a dress code may prohibit students from wearing clothes that are unsafe and might be distracting.

For example, tight or revealing clothing can be a distraction in class. In addition, clothing with profanity or offensive images can create a hostile learning environment.

Apart from that, many schools argue that dress codes help to promote equity. They ensure that all students are dressed neatly and appropriately for class.

Ultimately, whether or not to implement a dress code is a decision of each school district. In general, dress codes are designed to support the educational mission of schools.

Can You Wear Tank Tops In School?

The short answer is no; you cannot wear tank tops in school. Many schools have a dress code that prohibits explicitly exposed shoulders or midriffs.

However, there are always exceptions to the rule. For instance, some schools might allow students to wear tank tops on certain days or during special events.

Additionally, many schools have a “free dress” day each week or month. Students can break the dress code on this day and wear whatever they want.

So, if you’re dying to rock a tank top to school, your best bet is to check your school’s dress code. Here you can see if there are any loopholes that you can exploit. Who knows, you might just get lucky.

Typically, the schools cite multiple reasons for not letting students wear tank tops. Some of these reasons include as follows;

First, tank tops can be distracting for other students. If someone is constantly adjusting their clothing or worrying about their appearance, it’s apparently tough to focus on learning. 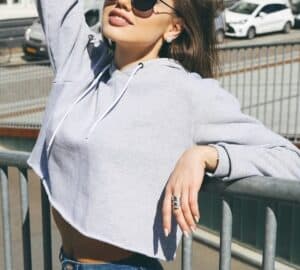 Schools have sometimes even barred students from wearing tank tops out of safety concerns. For instance, loose-fitting clothing can pose a tripping hazard, and straps can get caught in machinery.

For these reasons, schools tend to err on the side of caution. Also, for the same reasons, they prohibit students from wearing tank tops in the classroom.

What Can’t You Wear In Schools?

Many schools have dress codes that restrict what students can wear. The reasons for these restrictions vary.

However, there are items that are typically banned. These include hoodies, sunglasses, hats, and tank tops.

In general, dress code policies are designed to promote a sense of unity among students. Moreover, they discourage students from wearing clothing that could be considered disruptive or offensive. 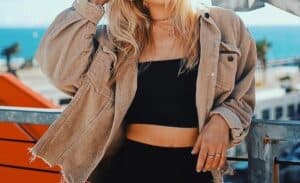 Some students argue that dress codes are a form of discrimination. In fact, they often target female students who are told to cover up their bodies.

Whatever the case, respecting your school’s dress code policy is essential. After all, it’s in place for a reason.

What Is Appropriate Clothing For School?

Schools have different policies on what is considered appropriate clothing. However, some general guidelines are typically followed.

For example, most schools require that students wear clothes that are not revealing or provocative. This means avoiding items like short shorts, skirts, and tank tops.

In addition, students should avoid wearing clothes with profanity or drug references. Finally, it is essential to dress for the weather.

For example, during the winter, students should dress warmly to avoid getting sick. In general, following these guidelines will help ensure students dress appropriately for school.

In the dog days of summer, the last thing any student wants to wear is a stuffy school uniform. So, should schools allow tank tops?

Tank tops are a great way to stay cool and comfortable in warm weather. They are also convenient for students who participate in sports or other activities that require moving around a lot. 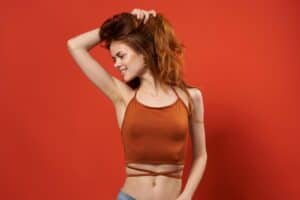 However, some believe tank tops are inappropriate for school and can be distracting to other students. In addition, tank tops can make it difficult for teachers to maintain a professional demeanour.

Schools typically ban tank tops for multiple reasons. Some of these reasons include the distraction it causes to other students, violating dress codes, and safety concerns.

Also, schools cite that tank tops are too casual and relaxed for an environment supposed to be focused on learning.

You can argue that schools have their reasons for banning tank tops. However, better alternatives to this type of clothing still allow students to be comfortable in the hot weather.