What To Wear in Arizona in December!

Arizona is a territory in the Western United States that is part of the Mountain and occasionally the Southwestern subregions.

Of the 50 states, it is the 14th most populated and 6th largest in size. Phoenix is the state’s capital and largest city.

The desert region of southern Arizona is renowned for its hot summers and moderate winters.

The Colorado Plateau, mountain ranges, big, deep canyons, woodlands of pine, Douglas fir, and spruce trees, as well as mountainous areas and much more, may all be found in northern Arizona.

The towns of Flagstaff, Alpine, and Tucson all have ski resorts.

There are numerous national forests and parks, as well as national monuments along with the internationally renowned Grand Canyon National Park, which is one of the seven naturally occurring wonders of the world.

The state features a wide range of localised climate conditions because of its vast territory and elevation changes.

The climate is mostly desert in the lower altitudes, with warm winters and sweltering summers. 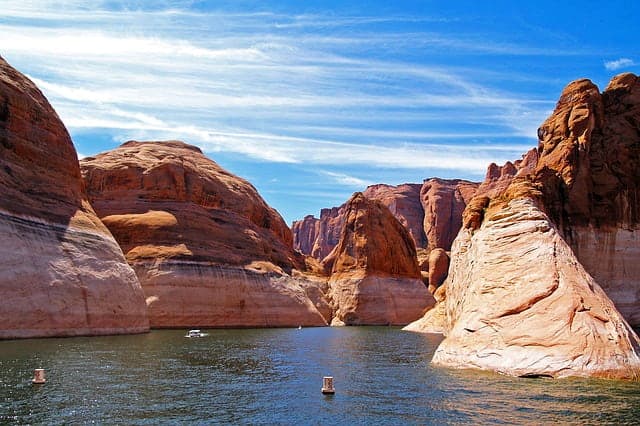 Typically, from late fall through early spring, the temperature is moderate, with a minimum of 60 °F (16 °C).

The chilliest months are November through February, when average highs range from 40 to 75 °F (4 to 24 °C), occasionally with frosts.

Arizona’s other regions do not experience weather like Flagstaff. Summer, fall, winter, and spring are all fully and completely experienced in Flagstaff.

Yuma has the most likeable climate in Arizona. It has some of Arizona’s nicest weather, making the city comfortable to live all year round.

Because Arizona is a state that has multiple microclimates, it is hard to gauge the average temperature of the state in December.

Arizona can experience both cold and pleasant days in December. Expect a couple of rainy days, but often no more than three.

Even though Arizona is known for its scorching summers, the winters can still be rather frigid. 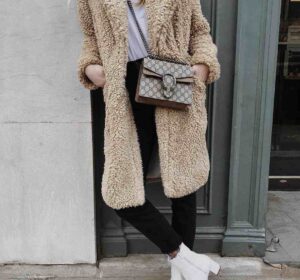 This is due to the state’s height, which varies from 1400 to 5000 feet above sea level and regulates the climate of this region of the country by keeping summers cool and refraining from raising the temperature in the winter.

Arizona’s winter temperature patterns differ from those of its surrounding states of California, Nevada, Utah, and New Mexico due to elevation differences.

Having said that, visiting Arizona in the winter is a fantastic idea. Just by looking at it, you wouldn’t know it was winter, and almost everything is more accessible and less congested.

Because it can be worn in so many different ways, a casual dress is a must-have item on any packing list. It can be worn in the morning with a coat or beneath a sweater.

During the day, a hat serves to block the intense sun and slightly improves the appearance.

You can save space in your suitcase by wearing a pair of hiking or combat boots with your casual outfit if you just want to bring 1-2 pairs of shoes. 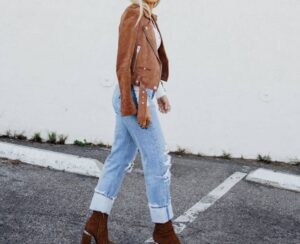 A short-sleeved shirt or a tank top works great during the daytime when the temperatures are higher.

Shorts, Skirts and loose capri pants are also ideal to stave off the warmer temperatures of the day and look great with any kind of tops.

Depending on the area you are going to, you can add or omit items from the following daytime outfits list:

You can also pack a swimsuit just in case the weather lets you take a dip. And do not forget your sunscreen.

What to wear for your night time activities?

Arizonans rarely need to invest in winter clothes, such as jackets and sweaters, etc., because the winters there are often pretty comfortable unless you are one of those people who feel cold extremely easily.

This does not imply that because it will grow cold at night, such products should never be purchased.

The only thing you need to be aware of is that in this area, the nights are significantly colder than the days. Thus, prepare yourself correctly for your evening activities.

For your night time activities, you should pack thicker jeans with long-sleeved shirts, Or long maxi dresses and leggings.

Light fleece jackets and sweaters are necessary as nighttime temperatures tend to dip quite low. 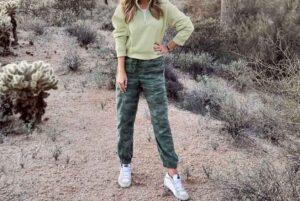 It is usually advised to have a lightweight jacket or sweater for the evening because there is no heat once the sun sets.

When you start preparing, keep this in mind, especially if you want to explore everything Arizona has to offer, including the Grand Canyon and several National Parks with hiking opportunities.

For a more casual look, you could even wear jogger pants to keep you warm.

One colour you should avoid wearing at anytime of the day is white.

It should be mentioned that while wearing white or other light colours during the winter may keep you warm, doing so also makes you more vulnerable to dust and other environmental factors.

Finally, Arizona is a wonderful destination to hike and explore, so remember to bring comfortable clothing and your hiking boots.

You’ll be prepared to take advantage of just about everything Arizona has to offer in the winter with these necessary things!