Moccasins have become increasingly popular in recent years, but some people argue that wearing them is a form of cultural appropriation.

Moccasins are a type of footwear traditionally worn by Native American tribes. They are typically made from soft leather and have a simple design.

Moccasins were initially created for practical purposes, but they have also come to symbolize the Native American culture.

Since people are now more aware than ever, they realize the sensitivity of certain matters, which nobody cared about in the past.

That’s why, many people believe that wearing moccasins is cultural appropriation because it involves taking something from another culture and using it without understanding its significance.

Additionally, they argue that it can be disrespectful to wear moccasins if you are not part of the culture.

Let’s take a look at the history of moccasins, why wearing them is considered offensive, and what can be done to make it right.

Moccasins are a type of footwear that has been around for centuries.

The first moccasins were made by the Native Americans, typically made out of rabbit skin or leather.

The moccasin was designed to protect the feet from cold and wet weather, and it quickly became a popular choice of footwear for both men and women.

The designs and styles of moccasins varied according to different regions.

People who lived in deserts and plains wore moccasins with stiff soles and soft tops to protect their feet from rocks. 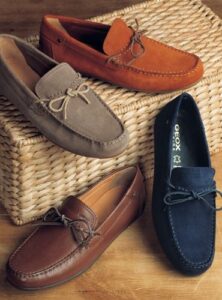 Moccasins were also often embellished with beads and other add-ons, making them suitable for festive occasions.

Today, moccasins are still made from animal skins but are also available in various synthetic materials.

While they are no longer essential for survival, moccasins remain famous for casual and formal wear.

For many people, moccasins are nothing more than a type of shoe. However, for Native Americans, moccasins hold a much greater value.

In many Native American and Canadian cultures, moccasins are considered sacred objects that should only be worn on special occasions.

For example, in some tribes, it is customary for men to wear moccasins when they face the west in prayer.

Moccasins are also often given as gifts to mark important life events, such as births, weddings, and coming-of-age ceremonies. As a result, it is considered deeply offensive to wear moccasins without proper respect.

Non-Natives who wear moccasins without understanding their significance can cause great offense and even jeopardize relationships with Native communities.

Of all the footwear options available, moccasins are probably the most controversial.

For some people, they represent a cozy and stylish choice, while for others, they are a reminder of a painful history.

They were originally worn by Native Americans as both everyday shoes and ceremonial attire.

In recent years, however, moccasins have been adopted by people of all cultures as a fashion statement. 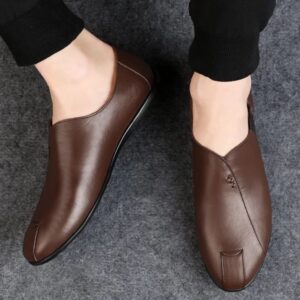 For many indigenous people, moccasins are more than just a type of footwear. They are an essential part of their culture and heritage.

Moccasins are typically handmade from unique materials like deer skin or beaver fur, and they are often decorated with intricate beadwork or quillwork.

Indigenous people believe wearing moccasins is a way of connecting with their ancestors and the land. Therefore, when non-natives wear moccasins, Natives feel hurt.

Non-natives may not understand the significance of moccasins and may be unaware of the protocols around wearing them.

For example, some indigenous communities believe that only certain people, such as elders or those who have completed a vision quest, should wear moccasins.

So wearing moccasins without understanding their significance can be rude and disrespectful to indigenous cultures.

For those who don’t know, cultural appropriation is taking elements of another culture for your own use without understanding or respecting the cultural context.

It often occurs when a member of a dominant culture borrows or steals aspects of a minority culture without any regard for the original meaning or significance.

This can range from fashion and style to music and art. Cultural appropriation often commodifies another culture, which can be harmful and disrespectful.

It can also lead to misunderstandings and negative stereotypes. When done without permission, cultural appropriation can also be considered theft.

For these reasons, it is crucial to be aware of the potential harm that can be caused by appropriating another culture.

If you are interested in borrowing elements from another culture, you must do so with respect and permission.

What’s the Right Way to go about it?

If you love wearing moccasins, you must understand that you could be unwillingly contributing to cultural appropriation.

This can be very detrimental as it undermines the efforts of people working to preserve and celebrate their culture. 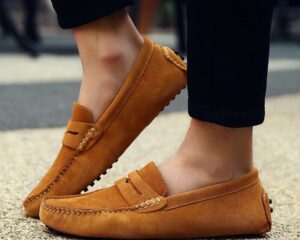 So how can you appreciate an indigenous culture without appropriating it? There are various ways to go about it.

One way to avoid appropriating someone else’s culture is to learn about it and the history behind the product. This way, you can be sure that you are using it respectfully.

Another way to avoid appropriating someone else’s culture is to support businesses owned by indigenous people. This ensures that the money from the purchase goes back into the community.

When traveling to a place with a different culture, make sure to respect local customs. This includes not wearing clothing that is considered offensive or sacred, such as moccasins.

By following these tips, you can avoid appropriating someone else’s culture and instead show respect for it.

One of the most provocative fashion topics in recent years has been the question of cultural appropriation.

Several items have been highlighted over the years, but the debate became particularly heated when non-Native Americans began to wear moccasins.

While some Native Americans view this as a sign of respect, others believe it is a form of appropriating their culture.

The truth is that there is no easy answer to this question. It is up to each individual to decide whether they believe wearing moccasins is an act of appreciation or appropriation.

But, one thing is for sure, if you can’t respect the culture they come from, don’t wear them. It’s that simple.