In Hawaii, Polynesia, and the Philippines, a lei is a garland or wreath.

A lei is more broadly defined as any collection of items strung together with the intention of being worn.

Throughout the Pacific, leis in a variety of forms are presented as gifts to respect people. They may be given to graduates, visiting dignitaries, or departing family members.

The custom of giving leis to visitors entering or leaving Hawai’i gave them prominence in the United States.

Numerous motives exist for giving someone a lei.

These motives are most frequently peace, love, honour, or friendship. Leis are frequently given out at occasions like weddings, proms, and graduations. 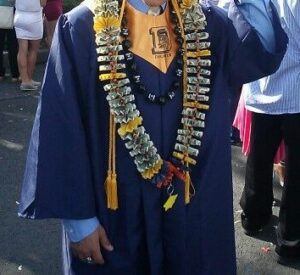 Almost anything can be arranged in a sequence or series to make a lei, but fresh natural vegetation including wildflowers, foliage, vines, ferns fronds, and seeds are what are used most frequently.

Other materials that can be strung together in a pattern and worn as a wreath include land or sea shells, fish teeth, bones, feathers, artificial flowers, cloth, paper (including origami and money notes), candies, etc.

Niihau, an island in Hawaii, is well known for its lei composed of tiny shells that resemble gems.

What is the history?

In the past, certain Asian and Polynesian people wore leis as a sign of custom.

Native Hawaiians frequently utilised them to denote their status as royalty. They are also worn as a sign of respect for one another and their own gods.

The leis that the Native Hawaiians wore were connected to both their religion and the hula tradition. 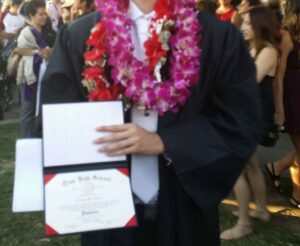 Polynesian natives of the Hawaiian islands, known as Hawaiians, carried the custom of crafting and wearing leis with them when they settled there.

Every year on May 1st, a celebration known as Lei Day is held to honour the art of making lei and the traditions that surround it.

A lei is anything that is made by one person and presented to another with the intention of decorating that individual for an emotional reason—typically as a gesture of affection—in Polynesian cultures.

The recipient may be acknowledged for a variety of reasons, such as welcome, farewell, affection or love, friendship, admiration, congratulation, or just to call attention to them.

Cultural appropriation is unrecognised or improper adoption of a people’s customs, practises, ideas, etc. by members of another, usually more dominant, people or civilization.

Lei are a symbol of polynesian and Hawaiian culture, but in recent decades have made their way into mainstream cultures.

Lei started as a fashion statement on graduation days almost 15-20 years ago. Now, they are commonplace.

Giving a lei to a grad at the graduation ceremony is a long-standing custom in the Hawaiian islands. But this custom has now extended throughout the entire world, not just the Pacific.

Anyone who wishes to make the graduate’s special day even more festive and entertaining can participate in the lei-giving ceremony.

Graduation leis are a wonderful way to express your respect, love, and support for the graduate.

Additionally, the fact that the graduate can show how much they are beloved to everyone who sees them is a plus!

Because lei have become so common nowadays, it is no longer considered cultural appropriation.

Giving the graduate a lei is a way to congratulate them and show them how much you care.

The graduation lei will convey love and appreciation to the graduate and wish them luck in all of their future efforts.

Is it rude or disrespectful? Whats the right way to go about it?

Once the graduate is dressed in the graduation robes, a graduation lei can be placed over his or her head as a unique finishing touch.

Giving leis to high school and college graduates to wear with their caps and gowns to graduation ceremonies is becoming more common in the United States.

Enduring the passing of time, leis are still a significant element of Polynesian culture.

Many other ethnicities in society have adopted the sentiment of Aloha by carrying on the custom of wearing and gifting leis. 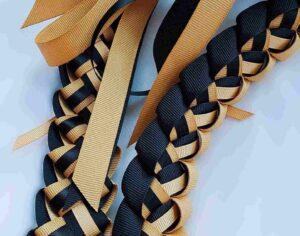 Hawaiian leis can be seen at luaus, parties, weddings, and the perennially popular backyard BBQs in the US and many other nations.

A Hawaiian lei is traditionally given to someone by gently putting it around their neck and kissing them on the cheek.

To invite the recipient to accept the lei and put it around their own neck, one can also bow lightly while holding it just above their heart.

The versatility of the lei means that everyone can wear it at any time and for any occasion.

Half of a closed lei should hang on the front and half on the back when worn on the shoulders.

Both ends of an open lei should hang down on the front, with the lei’s centre placed on the back of the neck.

It is considered impolite to discard a lei in the trash, therefore never do it. Returning the lei to the earth is customary.

The flowers can be taken off the string and either buried, burned, or scattered over the water. Alternately, you could just hang the lei up to dry on a window or door.

There are many types of lei that can be worn as they represent different things. It is better to do your research before purchasing one to gift your graduating loved one on their big day.

Trust us, it will make a huge difference in their day.