A turban is a headwear made out of a long cloth which is wrapped around one’s head. It’s worn as a traditional piece of clothing in various cultures all around the world.

Although it began as a customary headwear for people of different cultures, turbans have also entered the world of fashion.

However, people are now becoming aware of the concept of cultural appropriation. They’re now cautious before wearing anything that isn’t supposed to be worn by them.

While many people borrow elements of others’ cultures very casually, they fail to realize that it may be a part of someone’s identity and can also hurt their sentiments.

One such case is with the headwraps, known as turbans. Many people are confused whether wearing this piece of long cloth enters the category of cultural appropriation.

If you’re one of these curious people, then you’ve come to the right place. In this article, I’ll be discussing the history related to turbans. We’ll also take a look at whether wearing them is considered appropriate or not.

Before you start wearing something that holds value, you must understand the history and culture behind it. It’s important to know the origins and roots of clothing items like turbans.

A turban is a headgear which is made out of a fabric of varying lengths and widths. It’s wrapped around the head by twisting and turning it. It exists in many forms.

The earliest use of anything like turbans can be dated back to the 2350 B.C.E. and this indicates that it was used before Islam and christianity came about.

This means that turbans aren’t only related to religious backgrounds. Originally, these headwears were worn by royalty and spiritual leaders.

They were a symbol of power and were usually adorned with jewels and other accessories. 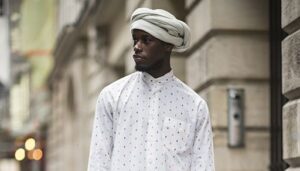 Headwraps have been an indicator of social status and eligibility, both for men and women. This clothing holds much more value than just being a fashion choice.

Headwraps are still worn today as a part of many cultures. For instance, in India, the community of Sikhs are known to wear turbans as a part of their religion and honor.

Initially, turbans were made of cotton because this material was in abundance and was also comfortable.

Materials like silk and satin were very rarely used and were only used to make turbans for the affluent.

Turbans can be found in many different shapes, sizes, colors, and materials. These factors are also what helps distinguish them between different cultures.

Apart from its religious and cultural significance, turbans today are also worn as a part of fashion.

However, as the world becomes more sensitive and aware, people are now becoming more cautious before using any clothing without having its knowledge.

As headwraps have had a cultural and religious significance since a long time, the question of cultural appropriation always arises.

Headwraps and turbans have been a part of several cultures as well as faiths and no one has the exclusive right to be the only ones to wear them.

They have been worn for a myriad of reasons and covering one’s head is considered as a personal choice.

Therefore, it’s believed that wearing a turban isn’t cultural appropriation, unless and until it’s done out of pure respect for other cultures.

Many people believe that it’s acceptable for people to wear whatever they choose to. Unless you’re not imitating a culture, it’s not considered cultural appropriation. 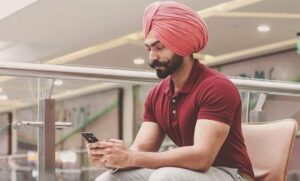 A good way to have a better understanding is by having conversations and interactions with people of cultures you’re inspired by.

Usually, many people from different cultures encourage others to wear an element of their tradition in order to show appreciation.

Having a greater access to perspectives and understanding of cultural accessories, can save you from the embarrassment of being offensive towards someone.

Moreover, to answer the main question, it’s only offensive to wear a turban when it’s being done merely to disrespect someone’s beliefs and culture.

Additionally, many brands rip off these traditional pieces of clothing and start profiting off of them. This is what’s described to be cultural appropriation as they have no right to do so.

However, if you’re someone who wants to wear turbans because of any reason, like functionality or just because you like it, then you may do so.

At the end of the day, it all comes down to what one’s intentions are. If your intentions are pure when wearing turbans and you’re doing so for the right reasons, then no, it’s not considered rude or disrespectful.

It only becomes disrespectful when you mean it to be. If you’re wearing this piece of clothing to make fun of someone, to shame them, or to imitate them, then that’s what’s believed to be wrong and not appropriate.

It simply becomes offensive! However, if you’re wearing turbans out of respect for someone’s culture and to show appreciation, then it’s fine for you to do so. 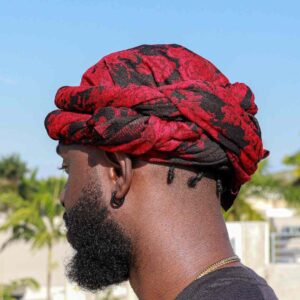 Plus, wearing turbans is a personal choice and has been done for centuries for various reasons. Your reason for wearing turbans could be anything, even fashion, and that’s alright.

However, allow yourself to understand the significance behind this piece of clothing before you go on wearing it.

This would save you from the embarrassment of insulting someone’s culture or faith!

The way you can wear turbans and not be disrespectful to someone is by wearing it the right way!

However, there are several styles one can wear turbans in. Therefore, you don’t need to worry about having limited options and choices.

You can find videos on youtube and experiment different styles on yourself to find the right one for you.

Additionally, you must understand that you can’t touch one’s turban without their permission. For many people, such as the sikhs, turbans hold a sacred value.

Therefore, it’s considered rude to handle it or touch it while they’re wearing it. If you’re curious to know about it, you may simply ask them. That’s the right way to go about it.

I hope this article helped answer all your queries regarding turbans!