The kimono is a beautiful piece of garment that has inspired the world of fashion for centuries. They are beautiful robes worn by Geisha or when people go to shrines or festivals.

This piece of clothing has been worn not only by the Japanese people but also by others from all around the world.

The world has now started realizing what cultural appropriation actually is and it now pervades the global media.

People have now become so aware that there is an instilled fear in them of unintentionally causing disrespect towards certain cultures.

Years ago, these boundaries were blurred but now they’re getting more sharper as time goes by and the world evolves.

Many tourists can be seen wearing beautiful kimonos in front of shrines and temples for aesthetically pleasing pictures. 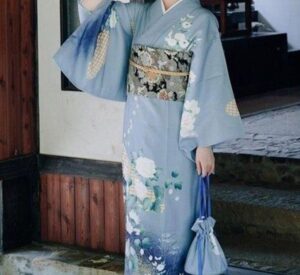 However, they’re unaware whether doing so is culturally appropriate or not.

If you’re curious to know whether wearing a kimono leads to cultural appropriation or not, then you’ve come to the right place.

In this article, I’ll be discussing the history related to this piece of garment and we’ll take a look at when it isn’t offensive to wear a kimono.

The kimono has a history which dates back to over a thousand years. It became the principal garment for every Japanese, regardless of their gender or social status by the 16th century.

It was during the 1600s that the kimono started emerging in the fashion culture. However, this piece of clothing gained attention in the world when it was given to the Dutch East India Company by the Shogun who was the ruler.

They were sent back to the Netherlands and this is when these brightly coloured silk kimonos caused an uproar in the world.

The Dutch East India Company took advantage of the rising popularity of kimonos and commissioned Japanese artisans to create many to be sold as robes in the world.

Soon they were copied by European tailors and started to be worn as a popular choice for casual wearing at home or even during occasions.

In the 19 century, Japanese opened up their trade to foreign countries and therefore silk and artistic goods became the core of the economy.

This led to the kimono craze reaching Britain, Europe, and America!

Japanese artisans then started creating specific kimonos only for foreigners. This piece of garment soon became a staple in the closets of socialite women of America. 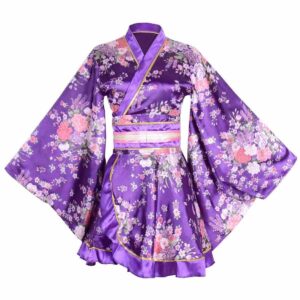 The word “kimono” is short for “something to wear”. It is usually made in silk fabric and often has vibrant and bold colors.

In the earlier days, the kimonos were the clothing which was generally worn by the Japanese.

However, during the 1800s, Japan saw a big shift as its fashion industry started getting influenced by the western culture.

Now the kimonos are only worn during special events and occasions, including weddings, festivals, and graduation.

People are often worried about being offensive towards other cultures by casually wearing things that could be sentimental to them.

When visiting Japan, it’s a dream for many tourists to try on this traditional piece of clothing in that country. However, the question of cultural appropriation always arises.

Wearing a kimono often falls in the category of cultural appropriation but it all depends.

There’s no problem in wearing a kimono if it is worn out of respect and appreciation of Japanese culture.

Therefore, as a foreigner, it’s completely fine if you want to wear a kimono because you want to appreciate the culture and tradition in Japan.

However, there are many brands that are American and they steal these ideas and start profiting off of these traditional clothing.

This is when it becomes highly inappropriate and leads to what is known as cultural appropriation.

To answer the main question, wearing a kimono to shame or sexualize or even make fun of the culture is when it becomes offensive. 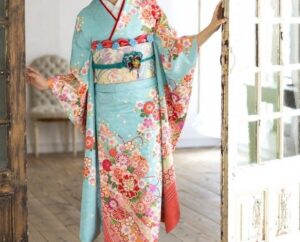 However, if you’re a foreigner wearing a kimono in Japan then it is allowed. In fact, it is also encouraged. It could be a way to show appreciation for the culture.

Is it rude or disrespectful? What’s the right way to go about it?

At the end of the day, it all comes down to what your intentions are. If someone is intentionally wearing a kimono to make fun of the culture, this is when it’s highly disrespectful.

This is because they are not respecting something that holds value for a certain group of people.

However, if you wear a kimono out of sheer respect and appreciation for the Japanese, then it’s not viewed as stealing.

In fact, the Japanese would actually be happy to see their traditional clothing be worn by someone other than their people.

This is because the Japanese people put a lot of effort into expanding its culture outside of Japan.

This helps them with their tourism industry and also allows for local, traditional industries in Japan to be supported.

Moreover, it is extremely important for people to understand the history behind this piece of clothing before they put it on. This allows them to have a deeper appreciation for Japanese culture.

Additionally, there’s a list of rules surrounding how the kimono should be worn. Here’s a list of pointers that you should keep in mind if you’re looking to wear a kimono:

These are just a few rules, but there are many more. In today’s world, these rules are often ignored and overlooked. In fact, many don’t have any idea about them at all. 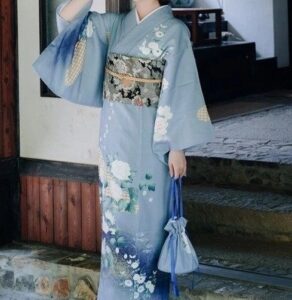 But if you want to blend in, then don’t forget to wear the kimono properly. I hope this article helped answer your queries regarding the kimono!