Do you often sport a bandana? If so, you may be wondering if it’s cultural appropriation.

A bandana is a versatile piece of clothing. You can wear it in several ways, often seen as a symbol of patriotism or rebellion.

In this blog post, we’ll look at the bandana’s history and explore both sides of the argument. We’ll also provide some tips on how to wear a bandana respectfully.

So, whether you’re thinking about buying your first bandana or you’ve been wearing them for years, read on.

What Is The History of Bandanas?

Bandanas have been a popular fashion accessory for centuries. The origin of the bandana is unclear, but it is believed to have originated in India or Persia.

Bandanas were originally used to keep hair and sweat out of the face. However, they soon became a popular fashion item.

People often wore them around the neck or head. Also, back then, bandanas were brightly colored or patterned.

Bandanas became especially popular in the United States during the 19th century. At that time, bandanas became associated with the Wild West, where cowboys, outlaws, and miners wore them. 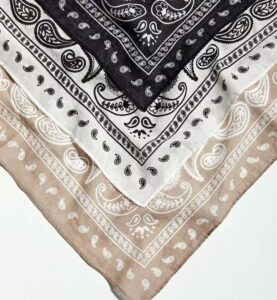 As time went on, bandanas began to be used for various activities, from farming and ranching to law enforcement and the military. Now, bandanas are worn by people from all walks of life.

Today, bandanas are a popular fashion accessory. Many use them to express personal style or support a cause. They are also commonly used as a headband or necktie and are frequently seen at sporting events and concerts.

Is Wearing A Bandana Offensive?

Largely, bandanas are considered a piece of clothing like any other item. You can wear it without triggering or being offensive to anyone.

But it always comes down to one’s opinion in such cases, whether you consider it ethical to practice something.

In most instances, the debate always leaves room for conflicting ideas since not everyone’s opinion is parallel to others.

Overall, bandanas aren’t a property of just one particular culture. History tells us that they have been used in multiple cultures and for multiple causes.

It is true that in earlier times, the bandanas were heavily connected to the gang culture. However, it has lost that connection with only criminals and gangsters today.

Now, you can see many people from various fields, including fashion icons, casually flaunting bandanas.

So, the possibility of bandanas offending any particular culture is highly ruled out in today’s society.

Is It Rude or Disrespectful?

This is a question that many people have asked over the years.

Wearing a bandana can be seen as rude or disrespectful in some cultures.

In the United States, for example, it is often associated with gangs. In other countries, such as Japan, bandanas are worn as a sign of respect.

Wearing a bandana can also be seen as a way to show solidarity with a cause or group. For example, many people wore red bandanas during the AIDS awareness movement in the 1980s.

Generally, whether or not bandanas are rude or disrespectful also usually depends on the surroundings or place you’re wearing them.

For instance, it is generally considered rude to wear a bandana in enclosed spaces such as classrooms or offices. However, wearing a bandana is generally accepted outside of these places.

There are a few key reasons for this notion. 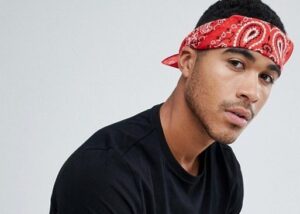 First, bandanas are often associated with gangs and violence. Wearing one in an enclosed space can make others feel uncomfortable and threatened.

Finally, bandanas can be distracting and disruptive. In places where focus and concentration are important, including classrooms and offices, they can interfere with the ability to learn and work.

Generally, wearing a bandana is not considered rude or disrespectful in most cultures.

However, it is always best to err on the side of caution and avoid wearing one in areas where it might be perceived as offensive.

What’s The Right Way To Go About A Bandana?

Wearing a bandana can be a great way to add some style to your outfit. But it’s important to wear it the right way.

You can wear this versatile accessory in a variety of ways. The most popular way to wear a bandana is as a headband.

To tie a bandana as a headband, fold the bandana in half so that it forms a triangle. Then, tie the bandana around your head, with the point of the triangle at the front.

If you want, you can tuck the bandana’s ends under your hair. 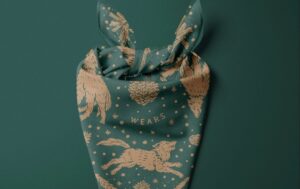 Do Bandanas Have Cultural Significance?

In the United States, bandanas are often associated with the American West.

Bandanas also became synonymous with outlaws and bandits, who often tie them around their faces to conceal their identity. 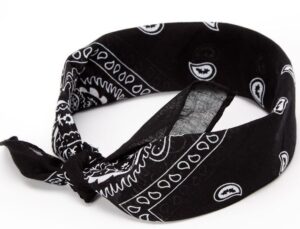 However, bandanas are not just worn by those on the wrong side of the law. Many cultures see them as a sign of solidarity and support.

For example, in India, bandanas are commonly worn by members of oppressed communities to resist discrimination.

Bandana is a clothing item that has a rich historical background. Bandanas can mean different things to different people.

Overall, wearing a bandana is not considered a cultural appropriation today. Still, you must wear them in a suitable place and timing to avoid any criticism