There is a common belief that when God was creating birds, he created one with extra care and detail.

It was an Eagle.

The predator bird’s ability to fly higher than others and sharp vision to locate the prey has established it as the King of all birds.

It’s because of all these qualities that some major clothing brands use an Eagle in their logo to symbolize their supremacy.

Let’s take a look at who these brands are and how successful they are. 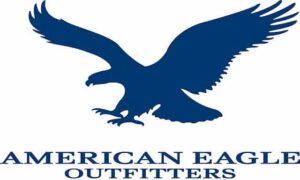 American Eagle Outfitters, Inc, is an American clothing brand that was founded by Jerry and Mark Silverman brothers in 1977.

The two brothers were already producing clothes from men but wanted to broaden their horizons.

They came up with the idea of creating a new brand that would target girls and boys in the age group of 15 to 25, as they are the ones who shop the most.

The Silvermans soon sold the ownership of their brand to Jacob Price who built on the foundation set up by the two brothers.

As the brand aims to serve high school and university-going students, its most selling items include jeans, polo shirts, graphic T-shirts, boxers, outerwear, and swimwear.

To ensure that the target audience can afford its clothes, American Eagle has kept the prices quite reasonable.

One can quickly get stylish, high-quality American Eagle jeans for as low as 30 US dollars.

The brand ships worldwide so if you want to order from them, check out its website: 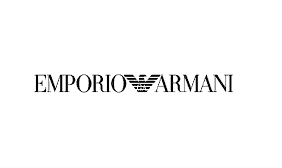 Emporio Armani is an Italian luxury fashion brand founded by Giorgio Armani in 1975.

The forty-seven years old brand specializes in producing ready-to-wear and runway collections for both men and women.

Emporio Armani’s target audience is celebrities and models and so it aims at producing trendy clothes that have not been seen before.

To make this possible, all the clothes are designed by Giorgio Armani himself.

The Italian man has won several awards for being the best designer in the world and is recognized for his great fashion sense.

Emporio Armani’s collections are showcased at Milan Fashion Week every year and receive much love and appreciation.

The brand’s clothes can only be bought from the official website or the physical Emporio Armani store.

So if you see any other seller making claims of having genuine Emporio Armani clothes, beware. They will most likely be fake.

The price range of the brand is a little high with plain t-shirts selling for 175 US dollars and women’s blazers for 1,025 US dollars.

This, however, is acceptable because Italy’s most loved designer spends his precious time designing every article.

If you want to learn more about Emporio Armani, check out its website: 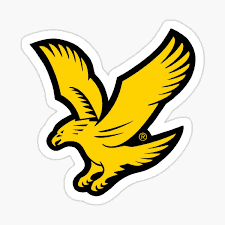 Lyle and Scott is a premium Scottish clothing brand that was founded by William Lyle and Walter Scott in 1874.

Due to the lack of resources, Lyle and Scott took a loan of € 800 to build a brand they had always dreamed of.

Their aim was to produce high-quality, stylish knitwear and that’s what made them popular worldwide.

In 1967, Lyle and Scott launched its golf attire which was an instant hit amongst renowned golf players of that time.

It was around this time that Lyle and Scott came up with its iconic golden Eagle logo to pay tribute to their favorite Scottish golf club, Gleneagles.

In 1975, Lyle and Scott was bestowed with a Royal Warrant of appointment by The Duke of Edinburgh.

The brand also has collaborated with some of the most high-end brands including Christian Dior and Michael Kors.

What started as a small knitwear brand is now a status symbol for wealthy people. Lyle and Scott are producing from casual wear to golf and other sports attire, that too of premium quality.

The price of their iconic golf polo shirts starts from 70 US dollars and goes up to 89.8 US dollars which is quite reasonable for the quality they provide.

Eagle Clothing is a South African brand whose target audience is plus-sized people.

The brand has been producing high-quality clothes for several years.

The best part is that Eagle Clothing does not get its clothes made in third-world countries that offer cheap labor. Most of the clothes are produced in South Africa itself.

The brand is like a one-stop clothes shop for plus-sized people as you find everything from tops, capris, shorts, and gowns, to dresses, underwear, gym wear, and beachwear.

For men, sizes range from Large to 10 XL while for women the sizes start from 38 and go up to 60.

Unlike most brands that charge greater money for oversized clothes, Eagle Clothing is quite reasonable.

Eagle Clothing sells its clothes online all over South Africa. Currently, the brand has 28 physical stores in the country of its origin but plans on expanding the business worldwide.

If you wish to shop from them, you can check out their website: