A bull is a male animal of the same species as a cow. Bulls are considered to be aggressive and stronger.

As these animals are very strong, they are used in different festivals around the world for bullfighting and races.

Bulls are an important part of Spanish culture. People from all around the world gather in Spain in summer for the Racing of the Bulls.

Many brands use bull logos to represent their companies. The main reason for using the bull logo is that it symbolizes strength, persistence, and power.

A bull logo is used in famous energy drinks and automobile companies because of the message it conveys. But some clothing brands also use bull logos.

In this article, we have briefly talked about the clothing brands that have the bull logo. Keep on reading to find out!

Raging Bull is a British clothing brand that was launched by Phil Vickery, who is a former Rugby player. Phil started this brand after England’s world cup win in 2003.

Phil Vickery came up with this name because Clive Woodward advised him to play Rugby with courage when Phil was in the early stages of his career.

Because of the strength and courage of a Bull, Phil Vickery found Raging Bull to be the best name and bull as a logo for his brand.

Initially Raging Bull started as a sportswear brand for rugby players. But in 2007, the brand moved toward the lifestyle industry and started producing different sorts of clothes.

They have inclusive sizing which means they have clothing for sizes small to 6XL which means almost everyone can wear their clothes.

Raging Bull does not only sell its clothes through its website and stores but its clothes are also available in different high-end stores such as Debenhams, Next, and John Lewis.

Bull Clothing is a British clothing brand that focuses on making casual clothes that are also sustainable.

The brand was started by two friends who wanted to make clothes that will also be sustainable. Their main aim was to make a clothing brand that will not cause any harm to the environment.

They chose the bull as their logo to represent strength, force, and boldness.

The brand initially started with athletic shirts but then also included hoodies, caps, bottoms, and sweaters in its collection.

Bull Clothing offers free shipping to its customers who are from the UK and whose order is worth more than £100. They charge £10 for shipping their products to any country in Europe.

To make clothing more sustainable, Bull Clothing uses 100% organic cotton and for the packaging, they use recycled and recyclable material so that nothing goes to waste.

To further reduce its carbon footprints, Bull Clothing sources its clothing and material from other independent businesses in the UK.

Bull Shirt is a clothing company that started its operations in 2002. They mainly sell custom clothing.

They have different sorts of hats, shirts, activewear, facemasks, bags, and accessories for both men and women. Pet owners can also get custom pet wear through the website.

Customers can select any piece of clothing from their website and choose a color out of a large range of choices.

They can either order a simple clothing item or they can customize it by adding their design through the website.

Customers can choose screen printing or embroidery for their custom designs on these clothing items.

People who want custom shirts or other clothing items for any sort of campaign can also get them from Bull Shirt. 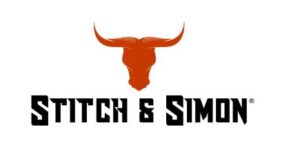 The company sells a large variety of casual get comfy clothing items for men, women, and kids.

Most of their clothing items are designed in a way that is comfortable to wear for outdoor activities such as hiking, camping, etc.

One of their most popular print is a camouflaged pattern on the bull logo. They use the camouflage bull logo in different clothing items as well as in their outdoor equipment.

The fashion industry is known to have caused many harmful effects on the environment.

Now many people are getting acknowledged of this fact, hence clothing brands are also using sustainable practices to reduce their harm to the environment.

Stitch & Simon claims that they are actively taking steps to reduce their environmental footprints by making sustainable clothing products.