Is Van Cleef Cheaper In Europe? A Price Analysis!

The luxury jewelry brand, Van Cleef has been in existence for two centuries now.

The company has opened its stores in all parts of the world now, ranging from the middle east to Europe, anchoring its roots further into the ground.

Not too long ago, it started selling its merchandise on its own retail website, so that none of the customers felt left out. 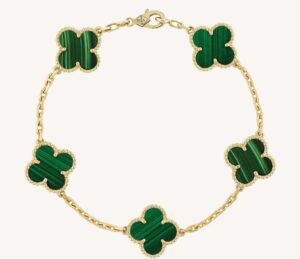 Stepping into the world of e-commerce has further increased its sales and widened its consumer market.

They are known for their expertise and the service they provide to their customers.

However, their jewelry mostly falls into the high end range of prices and becomes unaffordable for many customers.

But there are certain regions that have lower rates when compared to other areas, and one of the cheapest regions for Van Cleef jewelry is within Europe.

So, why is Van Cleef cheaper in Europe?

The brand is expected to increase the prices of its merchandise in 2022.

The company’s jewelry and watch collection will experience a price hike of about 8%.

This policy will be implemented across all its stores, however, the price ranges may vary due to the differences in currency value around the world.

A certain increase in the percentage of their prices was also placed in 2021 but it was pretty small compared to this enormous price hike.

The increase also applies to their latest jewelry and watch collections including Snowflake and Folie de Pres.

You could try buying during their annual sales which occur twice a year, to avoid this price hike. However, the discount may not apply to all their items or collections.

Van Cleef jewelry prices are relatively lower within Europe than anywhere else in the world, and this owes to the origin of the brand.

Why are they cheaper, you may ask?

Well, this pertains to the reasons that it saves them much of the additional costs that come with exporting their goods outside Europe. 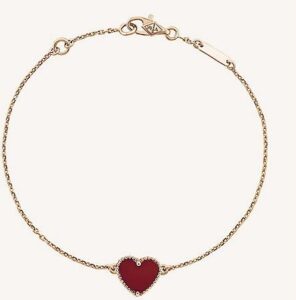 Don’t even get me started on the duties which seem to be increasing every day.

These import duties are extra high in the US.

If you’re thinking of buying from a European luxury brand in the US, then it’s definitely going to cost you more than if you bought it in Europe.

Other than that, you can take advantage of their lenient tax policies for foreign buyers or tourists, like VAT refunds, to buy at Van Cleef.

You’ll be awarded a refund of these value-added taxes on products that are applied to them based on their intrinsic values if you’re a tourist shopping in Paris, Italy, or any part of Europe.

This cuts down on the already discounted prices of the Van Cleef and makes your shopping experience in Europe all the more fun.

However, there are a few requirements for you to acquire the VAT refund.

You’ll need to have spent 100 dollars in a single day, and your stay in Europe must be less than 100 days. 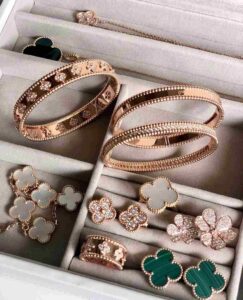 Get your paperwork done at the Van Cleef store and bring along proof of the place you’re living at.

You’ll get your money online in about three weeks or immediately if you’ve checked in at the airport.

Your purchased goods must also be unused at the time of checking in order for you to receive the VAT refund.

The privately owned company is known for its luxury jewelry, with quite a few historic moments in its lifetime where royalties have flaunted their jewelry on various occasions.

Paris is known to be the birthplace of Van Cleef, and that is consequently where their headquarters lie. The Van Cleef Arpels are known for their floral, unique designs, where they have multiple stores in their hometown.

At Paris, they have various outlets in different parts of the city. You will have the chance to witness a large variety of jewelry, from women jewelry to men’s watch collections.

A highly professional, trained and cooperative staff will be there to welcome you to help make your choice easier.

Thanks to the nation’s policies it is compulsory on all brands to put a sale on their merchandise, twice a year.

The time of the sale is to be decided by the brands themselves and they have the choice to exempt certain items from their sales. So, keep a look out for such sales in Paris.

Is Van Cleef Cheaper In Italy?

You’ll probably get the best prices for van Cleef jewelry in Italy because the value added taxes are the lowest in all of Europe and much less than that of the US, so it might be your best shopping experience at Van Cleef stores yet. 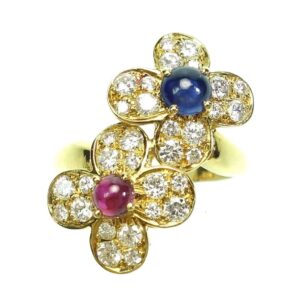 The VAT refunds at Van Cleef apply to Italy as much as it does to any other European country, where a value-added tax of up to 25% is refundable on all purchased items.

This is higher than the refund you will find in Paris.

Like Paris, Italy also has various Van Cleef stores in different cities so finding the store would never be a problem.

Van Cleef and Arpels is a luxury brand that already has high markups.

When exported to other countries they considerably add to the costs of their product, especially in the United States.

Even though there are considerably more advantages to the person shopping at a Van Cleef store in Europe than in the US, the difference won’t be too significant.

Even their most simple designs are sold at high-end prices when you could find the same piece at a nonluxury store at less than half the price.

That being said, yes Van Cleef in Europe will be cheaper. But don’t expect the prices to be halved, because they won’t.