Is UIN Footwear Legit? (Plus Other FAQS)

Uin is a brand of Spain origin and is one of the highest-selling brands on Amazon for footwear.

It is known for its creativity and has a special collection called “Art and Travel” where its canvas shoes show the handiwork of artists from different parts of the world.

Apart from their innovative and creative designs, Uin distributed specialized shoes for healthcare workers on International Nurses Day, in honor of their selfless contribution during the pandemic. 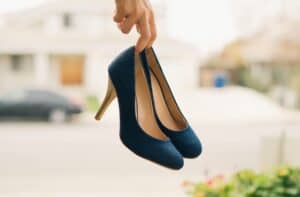 It is popular for being notoriously expensive which makes it a liability for those who are looking for cute and comfortable shoes without getting out of their budget.

So why are Uin shoes so expensive? And is there more to the brand than meets the eye? Let’s find out.

Why Are Uin Shoes So Expensive?

There are a number of factors that determine a shoe’s price.

Since the intricately painted canvas shoes are popular in Uin footwear, they are also heavy on prices.

That’s because there is added labor and quality craftsmanship that adds to the production cost of the shoes.

These two are perhaps the biggest contributing factors. It is an area where Uin excels in, and therefore charges its customers on them and not lightly too.

Their soles have an arched shape that supports your feet, while the shoes are extremely light, pertaining to the material they use for making their shoes.

When the supply does not meet the demand, the price of the product runs high. This is the case with Uin footwear.

Their demand just never seems to run low where their footwear is always in high demand.

As they are a fast fashion brand, its styles keep up with the fashion of contemporary times without leaving its Spanish domain, making its style unique and original. 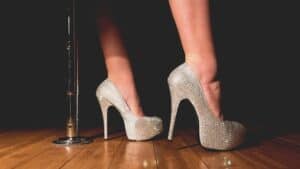 Not only do they sell shoes from their official website but also have selling partners like Amazon.

Uin footwear has shipping available in 200 countries, across the globe, where it’s free over a certain cost.

Since the use of vegan, plant-based materials is gaining much popularity within the fashion industry, vegan is no longer a niche but a highly preferable trend.

More and more brands are opting for eco-friendly material which is not only beneficial for the environment but also for their business, where Uin is no exception.

How Can You Tell If Your Shoes Are Vegan?

Vegan shoes are traditionally labeled with a diamond, net shaped symbol indicating shoes made from man made material.

There are different kinds of vegan materials used, some more toxic and harmful to the environment than others.

Vegan, plant based materials also have a degrading effect on the environment but the impact is generally less harmful than animal leather, which includes the skin of cows, goats, or even cats and dogs.

Previously, PVC was used in most vegan based shoes, which just added to the waste in landfill sites for years, because of their non biodegradable nature. It was only slightly better than animal leather.

Thankfully we now have better options than plastic, where actual plant based materials are used like pinatex, leather made from pineapple leaves, as well as leather made from leftover grapes that were used in making wine, where brands like Hugo Boss and H&M.

Some of the fabrics used by Uin are knitted fabric, wool and micro leather.

Although Uin uses plant based material to create their shoes to some extent, not all of their shoes are vegan.

Animal materials like wool are used to create their shoes and their soles may also contain unsustainable material like animal and plastic.

Uin shoes are known for being comfortable, shaped to support your feet and carry you along the day without tiring you out.

This is because of the ultra soft exterior of their soles, the curve for arch support and shape your feet as well as improve your physical activity. 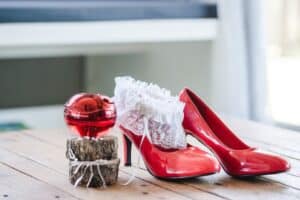 They are also durable due to the foam used in their insoles that prevents it from being compressed and are easy to clean and dry without being damaged.

A unique feature among them Uin shoes is their SARP shock guard technology that rece foot pressure, where the parts of the foot that are exposed to most pressure are cushioned with materials that have shock absorbing properties.

However, many customers complain about the sizing of the company where they have nice width but the length of the shoes seems to be compromised. 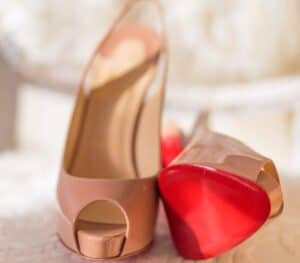 Apart from that, the arch support system seems to fall in a short span of time, pertaining to the pressure applied on the soles.

There are many fascinating shoe brands from different parts of the world, each of them having their own unique properties that they excel in.

But what sets Uin apart from the rest of the international brands is the spark of creativity their design holds where they stay true to Spanish culture, while remaining versatile and trendy.

They also have a knack for quality and comfort which makes them one of the leading online retail brands.

The question as to whether or not they are worth their price, according to public opinion seems to fall in their favor. You can give them a chance yourself.

There is a high probability you won’t be disappointed.