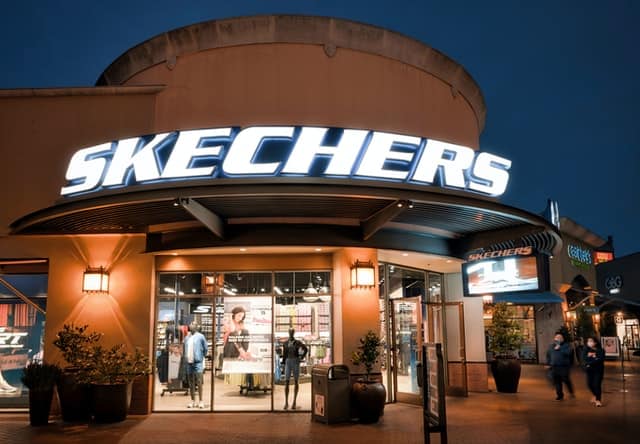 Is Skechers a good brand? (Plus Other FAQs)

Robert Greenberg, who had previously led the successful shoe firm L.A. Gear, established Skechers in 1992. Michael Greenberg, Greenberg’s son, was named president. Skechers was founded to serve as a distributor for Doc Martens footwear in the United States.

The guy began creating and marketing casual sports shoes to appeal to a young, urban crowd, similar to how L.A. Gear appealed to a young, urban female demographic. The Chrome Dome shoe, released in 1993, was an androgynous, pre-scuffed style that was quickly taken up by large retailers such as Nordstrom.

Skechers began to ride a wave of popularity once Chrome Dome became a sensation. It was soon positioned to compete for a piece of the athletic-wear market with Nike and Reebok.

Skechers opted to focus on the streetwise design of their sports shoes rather than the performance components. Throughout the late 1990s, this trend accompanied the emergence of sports shoes as streetwear in general.

Why is Skechers so popular?

Skechers is one of the greatest footwear brands in America, offering a wide choice of high-quality casual footwear. Skechers has it all, from trendy shoes to comfy boots. They have a fantastic selection of casual shoes for men, women, and children.

When it comes to footwear, Skechers is recognised for its superior performance, quality, and comfort. Skechers sneakers include the most up-to-date technical innovations and are built to last. Skechers’ commitment to detail and ongoing attempts to deliver you the greatest goods available is unparalleled.

China, according to rumours, is a huge fan of Skechers. Sales in China have nearly doubled, bringing nearly twice as much revenue on the fourth-quarter earnings call for 2016.

That time, the company shipped roughly three million pairs, increasing the total to eleven and a half million pairs.

Furthermore, the company has over 2,000 places of sale and a robust e-commerce business that is close to triple-digit growth. Furthermore, the corporation feels that there is still more sales potential for the brand to be built up in China.

Not only that, but Skechers has developed a new marketing philosophy, too: “Unseen. Untold. Unsold.” The corporation believes in advertising’s power and uses it to promote the concept that their brand is a must-have; no one should be without at least one pair of Skechers in their closet.

The objective of the footwear behemoth is to maximise its brand’s influence on customers by continually striving to keep its fresh message in the thoughts of buyers and shoes on the feet of consumers.

As they used a number of channels to achieve maximum efficiency, they were able to capitalise on their streetwise image and cutting-edge attitude through aggressive marketing.

Skechers, which began in a California beach home thirty years ago, has had enormous success throughout the years and is currently going strong as a worldwide footwear leader.

Over three thousand designs are available, all of which were created with a specific market in mind, intended to wear well, and sold to men, women, and children of all ages.

Are Skechers really good for your feet?

Meb Keflezighi, who has been with Skechers since 2011, leads the brand’s running athletes. Since signing the company, Keflezighi has finished fourth in the 2012 Olympics marathon, won the 2014 Boston marathon, and competed for the United States in the 2016 Summer Olympics.

He raced his final professional race on Nov. 5 in the New York marathon, using a “custom-built version of the Skechers GOMeb Razor” that he designed in collaboration with Skechers. He came in 11th place.

Cheserek’s signing is a strong endorsement of Skechers’ performance brand since he is the “winningest male athlete in NCAA Division 1 sports’ history, winning a combined 17 national titles in cross country, indoor and outdoor track and field,” according to the business.

Because of these athletes’ success and praise for Skechers’ shoes, many of the company’s high-performance running shoes may be found for $100 or more.

Skechers.com sells the Go Med Razor for $115. Skechers offers a wide range of running shoes, even for those looking for a more affordable option; Skechers performance shoes start at $60.

Professional sports are more competitive than ever before, and sportsmen take advantage of whatever advantage they can get.

When accomplished athletes put Skechers on their feet, it’s a ringing endorsement of the footwear’s quality. When these athletes succeed on a national and international level, the brand gains credibility, which may affect recreational athletes’ purchasing decisions.

Skechers has generated record revenues this year while not disclosing the data for its performance branded shoes separately.

Is Sketchers any good?

They create comfortable shoes for men, women, and children and are a fantastic choice if you prefer more fashionable footwear than athletic gear.

Skechers are available in over a hundred and twenty countries and territories. In fact, with the exception of Antarctica, the company’s shoes are offered on every continent. Furthermore, the North American distribution hub sends over a hundred million pairs of shoes each year! That’s quite a collection of footwear.

Over three thousand creative designs for children, women, and men are currently available from the firm. Furthermore, the firm produces a selection of children’s shoes that are promoted using a variety of cartoon characters for both girls and boys.

The second is their performance offerings, such as GOwalk and GOrun, which both use marvellous technology to provide the finest cushioning and impact protection for walking and running.

It is obvious, therefore, with its unwavering popularity and demand, that Skechers has proved to be a good shoe brand over and over again in its busy history.