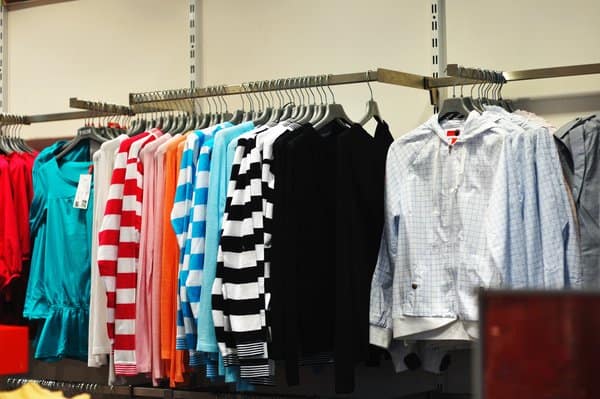 Is Shein Good Quality? Is It Ethical?

In older times, shopping was considered an event. Fashion enthusiasts would preview the fashion shows’ collections before they appeared in stores.

It was in the late 1990s that things began to change.

Shopping was no longer considered an event but was done as a form of entertainment or as an activity for leisure time.

It was at this time that fast fashion entered the industry.

It brought cheap, trendy, mass-produced garments that allowed its customers to instantly wear the style that they were drooling upon in the previous fashion show.

As fast fashion became the new trend, many designers stepped up and produced their fast-fashion lines, which were a sudden hit-off.

Among those brands was Shein- a fast-fashion retailer that soon became well-known among fashion enthusiasts.

Keep reading to learn more about the brand, its products, its affordability, and more! 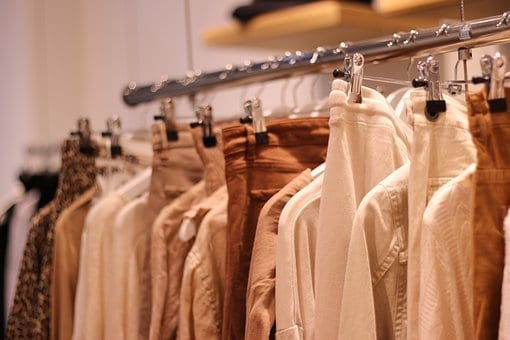 Shein is a fast-fashion, online-only company created by Chris Xu in 2008.

It is headquartered in China.

Chris Xu worked as an SEO specialist in a private company until he learned about the importance of Chinese products in the international market.

He then decided to quit his job and devote his time to creating an online company of his own.

Upon doing some research, he found out that women’s wedding gowns are the most sought-after products in the world.

The company further introduced other sections of women’s apparel with cosmetics, jewelry, bags, and accessories.

It also changed its name to SheInside in 2010.

The company grew massively and had almost 800 employees by the year 2013.

It again changed its name to Shein so that it could be easier for the customers to remember the brand.

How Did Shein Become So Famous In Such A Short Amount Of Time?

If you’re an avid social media user, you must have encountered Shein somewhere, maybe in the form of haul videos on Youtube, ad campaigns on Instagram, or as reels on Tiktok.

It is estimated that Shein generates $10 billion annually. That’s quite an interesting figure for a newcomer fast-fashion brand.

So what has made this relatively new company so famous that everyone seems to be talking about it?

When surfing through Shein’s website, you will find miniskirts as cheap as $3 next to tops for $17 only.

Due to it being incredibly and crazily cheap, it’s a very well-liked shop stop for the Gen-Zs.

It is possible to shop a wardrobe full of clothes from Shein for just a petty amount.

This has resulted in free marketing campaigns by teenagers on youtube, and Instagram in the form of clothing hauls, reviewing how many clothes you can buy for just $100.

Shein has an incredibly huge product list to choose from.

According to data available on the internet, there are more than 60,000 products available on Shein’s website.

It introduces 6000 new products every single day. Isn’t that outrageous?

Shein can do this because it has thousands of third-party designers/suppliers along with its hired 200 designers.

If Shein approves their design, they’re initially given an order of 100-200 pieces.

If those designs are well-received by the customers, more orders of that design are given, and if not, they move on to a better design.

Shein markets itself by using paid and organic campaigns.

They have designed ads that target the customer and show them the products which they had previously searched for on other platforms.

They also give a 10% to 20% commission to influencers who promote their products, and purchases are made using their affiliated links.

They also hire celebrities and famous personalities as their ad faces.

For example, Katy Perry was hired as a celebrity singer in their 2020 virtual fashion show.

With such large amounts of products to choose from and mouth gaping low prices, customers often speculate about the sustainability of Shein’s products.

Unlike many other brands, Shein has made no efforts to reduce its carbon footprint by using eco-friendly materials.

Most of the apparel available on Shein’s website is made of polyester, which is non-biodegradable.

They claim to make dresses out of recycled polyester, but only a few dresses on their website can be seen to be made out of them.

Brands that make dresses out of recycled polyester have clothes under $50, whereas Shein has them under $4. This appears very fishy to people!

With as many as 6000 new designs every day, Shein is indirectly influencing customers to see their clothes as disposable.

It is estimated that the fashion industry produces 8% of the total waste produced, and their extremely low price clothes just add more to the landfills.

They also have made no efforts to decrease their toxic chemical consumption or greenhouse gas production in their supply chain.

While Shein claims to have ethical practices, it still hasn’t shown any detailed reports about its practices.

Shein claims to abide by the laws of child labor and condemns child labor.

However, Shein’s stores in some countries have varying laws about child labor.

For example, in Bangladesh, Shein can hire a 14-year-old child as its laborer and still abide by the laws of child labor.

Shein claims to pay above-average pay to its workers. However, no in-depth information about the payment has been released by the company.

While Shein claims to have a safe working environment for its laborers, it is speculated that a brand as cheap as Shein, which is known for using toxic chemicals in its clothes, may not be paying attention to the safety of its workers.

Shein has been accused of making their workers work for 75 hours per week in a place with considerable fire hazards.

Apart from this, Shein has been accused of stealing designs from multiple independent fashion designers.

Last year, Shein was strongly criticized for selling a Nazi swastika necklace until it quickly retracted the design from its store.

The brand has also been under fire for selling Islamic prayer mats as Greek carpets.

Meanwhile, the response made by Shein to all of these allegations was very vague and unpromising to many concerned people.

The answer to this question is that it depends!

Truth be told, the price that you are paying for these clothes, the kind of quality that you will be getting, is understandable.

You cannot expect a high-end skirt for just $3, obviously!

You have to understand that when it comes to Shein, you are paying for low-quality, fast fashion clothes.

If you want a piece for lunch with your friends or just for fun times, then Shein is the right place to shop from.

However, if you want an investment piece, like a coat or sweater, which you want to wear every winter for the upcoming 4 to 6 years, then maybe Shein is not the place you would want to go to.

According to the information available on their website, Shein takes about two weeks to ship their products.

If the order comes from their US warehouse, it may take 5 to 6 days to reach your doorstep.

For orders over $100, they do offer express shipping, which means you can get your parcel in 5 to 6 days instead of 12 to 13 days.

You can estimate your parcel delivery date from the option available on their website.

However, this option is only enabled when your parcel has been processed and left the Chinese warehouse.

If you do not have shipping insurance, then you will have to pay hefty amounts, when compared to the price of the product, for its return.

However, if you are in America, you do get a 40-day period where you can return the parcel free of cost.

According to the customer reviews, Shein never refunds even after paying the return amount for the product.

So it’s suggested that instead of getting involved in the hoops of refunds and returns, it’s better to donate these clothes.

Until now, no news of it leaking someone’s information has come out.

Also, it’s highly unlikely that it is going to run away with your money.

So, in short, Shein is a very safe and secure website to shop from.

Even after all those allegations and suspicions, one cannot stop himself from shopping at Shein.

It’s almost next to impossible to find trendy, stylish apparel at such a low cost at any other seller.

However, the company can and should work on its sustainability and ethical policies and provide a complete insight into its labor policy.