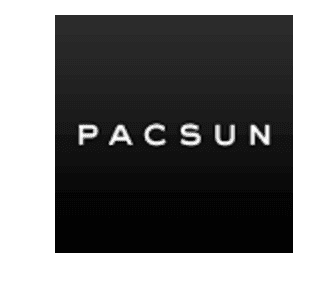 Is PacSun a Good Brand? Is it Fast Fashion? (Plus FAQs)

Founded in 1980, PacSun is a Californian brand and a well-established clothing company. The company’s name is short for Pacific Sunwear, which is appropriate for the kind of clothes they sell.

Their merchandise includes footwear, lifestyle apparel, and accessories designed for young teens and adults. The famous brand continued to grow, even in the pandemic during 2020, due to its immense popularity among the younger population.

The brand started its journey by selling surfwear, which slowly evolved to include swimsuits, everyday wear, and essentials.

Using its social media strategy to target the youngsters, PacSun became the most respected brand of the Gen Z retail industry. This article will explore if PacSun is a good brand and if it is fast fashion.

Is PacSun a Good Company?

The masterminds behind PacSun are responsible for creating the strong and desirable values behind the company. The brand’s core values involve diversity and inclusion, which appeals to teens and young adults alike.

PacSun uses its access to social media such as Tik Tok and other platforms to reach the young population.

Moreover, they are popularly known for introducing exciting trends and talent collaborations with celebrities such as Kanye West, Jerry Lorenzo, and Virgil Abloh.

What makes PacSun an even better company is its upholding of environmental and societal responsibilities by addressing the current issues faced by Gen Z.

PacSun doesn’t shy away from connecting with its young community by bringing their concerns to light. They act on their values, for example, by including people of color in their staff.

One of the most appealing acts by PacSun so far is when they introduced their philanthropic initiative called PacCares. PacCares is a brand program that represents PacSun’s core values of inclusion, diversity, mental health, and equality.

PacCare’s partners include Girl Up, Born This Way Foundation, and NAACP Legal Defense and Educational Fund, to which they have been making donations ever since their inception.

If this wasn’t enough, PacSun has also launched another initiative called PacTalks. PacTalks is an Instagram live series held twice a week that serves as a forum for the PacSun community.

This forum addresses all the hot issues of Gen Z, issues that bother them, their general concerns, and their anxiety about the world and future.

PacTalks has featured many influential celebrities that appeal to the younger demographic such as Yara Shahidi, Cheikh Tall, and Naomi Wadler.

What Kind of People Shop at PacSun?

The target audience of PacSun is the young population, including teens and young adults. PacSun specializes in merchandise that speaks out to young demographics involving surfwear, swimwear, casual apparel, and accessories.

Teens and young adults are especially attracted to the brand due to its excellent marketing strategy using social media platforms such as TikTok to get its message across.

Recognizing fast fashion brands can often be a challenge, but it gets easier when you know what to look for. These brands are constantly changing their merchandise based on what is trending.

Their products are of poor quality, and their social media platforms continually advertise new products that are evolving with the trends.

So let’s see if PacSun is a fast-fashion brand or not.

PacSun has a solid social media presence through which they interact with their community and keep them engaged.

However, their accounts are not always flooded with promoting fashion icons or their hot-selling clothes. They frequently post about their seasonal collection, urging people to buy what is new that season.

PacSun often tags models and fashion icons in their posts. On Instagram, they mostly post memes, competitions, and their latest merchandise.

The center of PacSun’s social media presence is TikTok. Since TikTok has a young audience that pays special attention to trends, new fashion, and hot-selling apparel, PacSun likely uses TikTok to urge its customers to keep buying its products to stay relevant and on top of the trend. This suggests that PacSun is indeed based on a fast fashion model.

Is PacSun Made in China?

PacSun was founded in California and has since reached all over the United States and the world outside due to its immense success. The brand’s popular merchandise manufacturers are based both on domestic and international grounds.

PacSun usually outsources to Asian countries such as China, Taiwan, Vietnam, Malaysia, Indonesia, Thailand, and India. The reason for this is that the labor in these countries is relatively cheaper.

Yes, This is because and yes. PacSun is a good brand for teens and young adults who like to stay relevant and on top of the recent trends. PacSun is also considered a fast-fashion brand due to the qualities it exhibits.