Is Louis Vuitton Cheaper in Europe? A Price Analysis!

The French luxury fashion house and brand Louis Vuitton was established in 1854.

One of the leading global fashion houses is Louis Vuitton. It offers its goods for sale online, through sections at upscale department stores, and through independent shops.

From 2006 through 2012, Louis Vuitton was recognised as the most valuable luxury brand in the world.

With more than 460 outlets worldwide, the corporation has operations in 50 different countries.

Every season, Louis Vuitton produces one-of-a-kind, limited-edition bags that are usually only accessible through major Louis Vuitton retailers with reservations.

The brown Damier and Monogram Canvas fabrics, both of which were first utilised in the late 19th century, are present in many of the brand’s products. 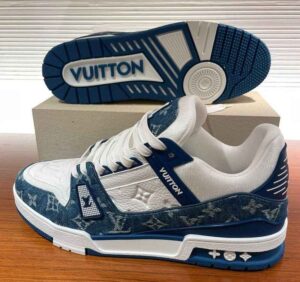 The company’s trademark LV initials may be seen on every item.

The business sells its goods through independent retailers spread around the globe, giving it complete control over both the price and the quality of the goods.

Additionally, it enables LV to stop fake goods from entering its distribution systems.

Moreover, louisvuitton.com, the business’s own website, is used to distribute its goods. Paris, the capital of France, serves as the location of Louis Vuitton’s corporate headquarters.

Is Louis Vuitton less expensive in Paris, then?

Yes, Louis Vuitton products are less expensive in Paris and Europe, to give the quick response.

The price tag is one of the main drawbacks of wearing luxury clothing.

A dress or purse from a high-end designer would likely cost you so expensive, which is sometimes out of reach to appease fashionistas on a tight budget.

Because they think it will be less expensive abroad, many consumers choose to purchase their luxury products on their trips.

The best generalization is that any brand with a European headquarters will be less expensive in Europe.

This is mostly because the brand is exempt from state and federal taxes as well as import, transportation, and other taxes. 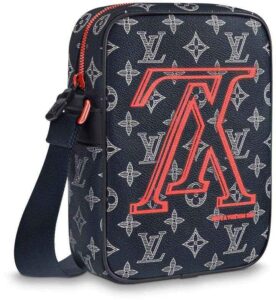 Probably what you’re asking is how much cheaper exactly it is.

The price disparity between the Louis Vuitton Neverfull MM handbag is examined in the example below.

Considering that the bag was bought in New York, the price of the Louis Vuitton in the USA, including sales tax, is $2,210.16.

The Louis Vuitton Neverfull costs 1,500 euros in Paris; after taking 12% of that amount off as the VAT tax rebate, the bag costs 1320 euros.

A Louis Vuitton item can be purchased for less money in Europe than it can in the US.

Even though the product is genuine and available in the same styles as in the US, purchasing Louis Vuitton apparel, accessories, and bags abroad can often result in savings of up to $500.

The fact that these products are frequently created in Europe in the first place explains why they are so much less expensive in nations like Italy.

For instance, Louis Vuitton is produced in Paris, France, and then sent to Italy, still located in central Europe; the transportation process does not require as much effort.

Due to their participation in the European Union, the majority of Europe also uses the  same currency.

When a bag is delivered from Europe to America, it is subject to a higher import tax and is also converted to the American financial system.

Depending on the product, this frequently raises the price by a few hundred dollars.

Shipping the bags to other countries in Europe, where they use the same currency, is simpler than shipping them to the USA, where we use a different currency (U.S dollar).

The price increase is partly caused by the euro to the dollar exchange rate.

Not just Louis Vuitton, but many other premium products produced abroad also experience this situation. 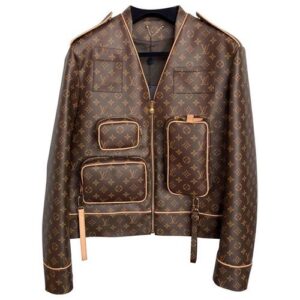 Most of Europe, particularly in countries that are members of the European Union, has bags that cost about the same.

Import duties, delivery costs, and exchange rates account for the majority of the price variation in bags.

The VAT return is another factor that makes purchasing Louis Vuitton from foreign nations like Italy more affordable for Americans.

This is a reimbursement for luxury items purchased outside of the European Union.

Among other things, the location of the product’s purchase may affect the VAT refund.

Due to the requirement to complete documentation in order to claim the refund, you might not immediately see the money returned.

Before leaving the store, enquire about the retailer’s VAT refund policy.

However, you will probably save a lot of money via the process.

Keep in mind that not every passenger is qualified for this refund, depending on your point of origin and destination.

The fact that the manufacturer’s import tax is lower is a final factor contributing to the lower price of the bags in Europe.

Numerous nations impose an import tax on pricey items, similar to what is charged for transportation. 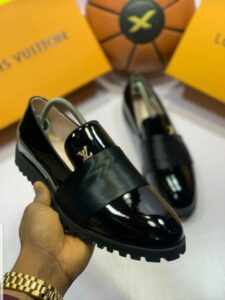 You’ll save money by doing this, especially if you’re an American shopping for premium goods in Italy.

Even though luxury items are known to be pricey, you can still find them at a fair price.

The simplest method to get deals on designer goods, particularly Louis Vuitton, is to go abroad.

Purchase your preferred bags and accessories in France or Italy for the greatest prices.

If you’re an American, you can use  VAT to return, which reimburses you for spending money on upscale items abroad.