Is Kuru Footwear Legit? Where is it Made? (+FAQS)

Kuru is a well-known web-driven footwear brand. It was founded in 2008 by Bret Rasmussen.

Recently Bret Rasmussen was named EY Entrepreneur of the Year. He is also the current CEO of Kuru footwear.

Kuru footwear is on a mission to make the world’s most comfortable shoes for those who suffer from foot pain. 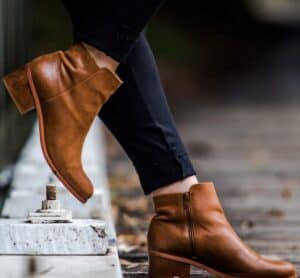 Kuru Footwear is also on the list of Newsweek’s fastest-growing online shops in 2022.

Are you also planning to shop from Kuru Footwear and want to know if it is a legit online shop or not?

Then we have got you covered.

Kuru Footwear is considerably popular on the internet and it has a good customer rating.

Most of the customers love the shoes they bought from Kuru Footwear.

Kuru Footwear is a leading footwear brand and it is legit. Its customers are satisfied with the quality of the shoes they got from Kuru Footwear.

Kuru Footwear is committed to providing pain-free comfort with style to its customers.

It wants people to chase their dreams and become adventurous without worrying about their foot pain.

It is constantly innovating itself to design and make shoes that will help people to eliminate their foot pain and live their lives freely.

It believes that dreams have the power to change lives.

Kuru Footwear has both positive and negative customer reviews but the majority of the reviews are positive.

Some customers are so satisfied with the quality of its footwear that they can’t resist buying shoes from Kuru Footwear again and again.

It shows that Kuru Footwear has already established itself as a trusted footwear brand in just a few years and it is growing rapidly.

In a short period, it has earned the trust of its customers.

Kuru foot has good customer service and they are not rude as other brands. 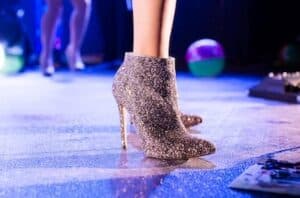 You don’t have to worry about dealing with bad customer service as they are nice to their customers.

Kuru Footwear claims that its shoes are not only comfortable and stylish but also durable. However, some of its customers do not agree with this statement of Kuru Footwear.

Some of its customers complain that the shoes they bought from Kuru Footwear lasted for only six months.

They can only be worn for 5 to 6 months at max before turning into trash.

The products of Kuru Footwear can be considered affordable as compared to other luxury and high-end footwear brands that charge thousands of dollars for a pair of shoes.

Still, it is not worth buying a pair of shoes that is worth hundreds of dollars but you can’t wear them for even a year.

Kuru Footwear has an exchange and a return policy for its customer. If you have a problem with your shoes, you can contact customer support and they will send you another pair.

However, it is no use if the other pair of shoes you get from Kuru Footwear is of the same quality too.

Kuru Footwear is creating smarter footwear for foot pain with the help of technology and nature.

KURUSOLE is designed considering the human body’s natural biomechanics to provide you with heal, ankle, and arch support.

It enables you to enjoy your day without foot pain.

Kuru Footwear sells both men’s and women’s footwear. You can explore shoes at Kuru Footwear depending on the type of foot pain, your profession, and your usual activities.

Some people have to stand on their feet all day because of the nature of their jobs like nurses, teachers, chefs, barbers, doctors, and those who work in retail.

You can find a pair of shoes that is fitting to your job from the website of Kuru Footwear. 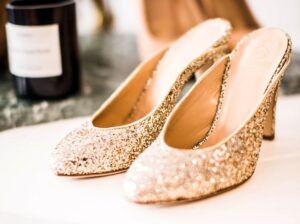 Many women experience foot pain and swelling during pregnancy. You can get comfortable and supportive shoes suitable for pregnancy at Kuru.

Other than a wide variety of shoes for hiking, traveling, training, running, jumping, and mountain biking, you can also get hats, T-shirts, accessories, and cleaning kits from Kuru Footwear.

Is Kuru Footwear Ethical and Sustainable?

Kuru Footwear claims to be ethical and sustainable. So, let’s take a look at its social practices and the actions it is taking to improve the world to see if its claims of being sustainable and ethical are true.

Kuru Footwear is creating opportunities and educating children to guide them toward a bright and successful future.

Kuru is working to help people out of abject poverty and it is also donating to charities. 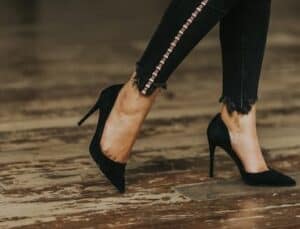 Kuru Footwear is taking action to reduce the bad impact it is leaving on the earth. However, it does share much information about how it is going to achieve this goal.

Kuru Footwear cares about the health of people. It is researching and innovating new technologies to help people live a happy, pain-free, long life.

We can say that Kuru Footwear is trying and it is on its way to becoming ethical and sustainable.

Where is Kuru Footwear Located?

Kuru Footwear is based in Utah. Its products are designed in the United States but they are manufactured in factories located in Asia.

Kuru Footwear is a leading footwear brand that has the fastest growing online store and it ships both domestically and internationally.