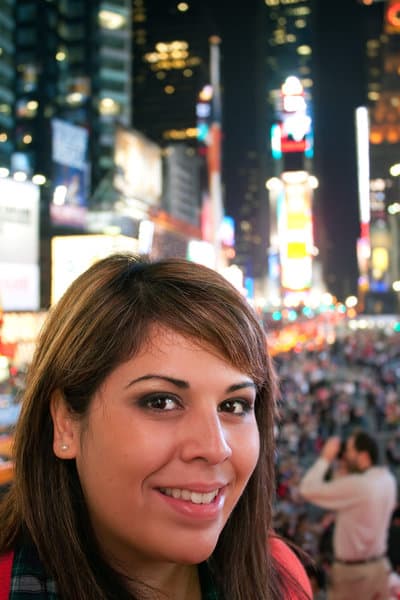 Is Jones New York A Good Brand? Is It Expensive? (Plus FAQs)

What makes a modern woman? Some say she is one who lives in the present, who challenges her surroundings, someone who takes a stand for herself and others.

For a woman so bold, her powerful personality must shine through her attire and in the ways that she carries herself.

Few brands offer a diverse collection of sophisticated and modern apparel that accentuates your valiant self.

One brand that is manufacturing bold and classic looks, especially for the modern woman, is Jones New York.

Jones New York is a world-renowned brand that aims to sell a lifestyle. It is famous for its subtle take on outerwear and apparel.

In this article, we will discuss more Jones New York, its origins, its goal, and its products.

By the end of this article, you will develop an idea about whether or not Jones New York is the right brand for you.

The brand started with Sidney Kimmel, the chairman and CEO of Jones Apparel Group.

The apparel company started creating outfits for young women who valued some fashion in their careers.

It’s been more than fifty decades since the company first started, but even now, the brand continues to empower women through its sophisticated attire.

Today the company is one of the fastest-growing clothing companies in the United States.

Their stylish apparel is famous and is enjoyed by women across Canada and India as well.

They have over 450 stores in various locations in the United States.

For the convenience of the customers, they can also be found at Hudson Bay, Lord & Taylor, and Macy’s.

The brand also has a user-friendly online store with discounts and more offers.

Their fashion can be defined as “rooted in classics.”

It is not too flashy nor too boring. The apparel produced by the brand is just fine, meaning it’s a blend of classic, casual, and bold.

When you think about wearing everyday casuals, Jones is the first brand that comes to mind.

Need a trench coat? They’ve got you.

What about a peacoat? There are many available.

Looking for a plain white shirt that will go with the skirt you’re wearing tonight? Jones got you.

This is the reason many women love the brand; for its simplistic style and everyday looks.

The manufacturers aim to produce prime-quality fabrications with a variety of materials such as satin, faux fur, georgette, and some lightweight denim.

Another thing that the women love about the brand is its tendency to create exceptionally well-tailored fits.

Even the most delicate fabric is tailored in such a way that it presents a very elegant appearance when worn by any individual.

According to the creators, their brand was associated with office wear when it first started.

However, the company has now started evaluating and redesigning its attire.

They are doing this by altering their approach to modern wear by fabricating pieces that work for any formal occasion for each day of the week.

They believe that Jones has its own aesthetic that tends to empower women.

In April 2014, Jones Group was sold to a private firm called Sycamore Partners.

The new owners ceased operations and aimed to reinvent the brand. They split the group into smaller companies, including Jones New York.

By the end of 2015, Sycamore wanted to shut down Jones wholesale business, and even their retail stores in the United States were closed.

However, the brand was purchased by Authentic Brands Group.

Authentic Brands Group brought the dying firm back to its feet. They did this by joining multiple Jones lines into a single brand under the name Jones New York.

They redid everything from scratch.

Even a new logo was invented specifically for Jones New York. All that was left then was to determine what the fans liked the most about Jones.

ABG propelled the company to a $4.5 billion milestone in retail sales.

This was indicative of how well new ownership catered to the loyal fanbase of Jones New York.

While the brand was renamed Jones New York, it is still present on some online stores under the name Jones Wear, a part of Sycamore’s lost legacy.

Jones New York is an apparel company that is over fifty decades old.

They are well versed in the craft of high quality and exceptional tailoring.

The brand started as an apparel group that aimed to create stylish outfits for young corporate women. The brand is well-likened by many women across the world.

Today their fashion can be defined as simple and casual. They follow a chic modernistic aesthetic in almost all their products.