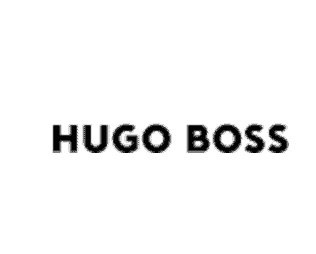 Is Hugo Boss A Good Brand? Is It Luxury?

Not many would have thought that a company founded by a Nazi would have survived after the collapse of the Third Reich. But not only did Hugo Boss survive, but it also emerged as one of the leading luxury fashion houses in the world.

Founded in 1924 by Hugo Boss, the company started its trade as a general-purpose apparel shop in Metzingen, Baden-Württemberg. They soon shifted to producing Nazi uniforms once Hitler came into power in the 1930s.

They made uniforms for various organizations in the Nazi Party, including the Wehrmacht, SS, Hitler Youth, and the Waffen-SS. Boss himself was an active member of the party since 1931 and remained so till its downfall.

This allowed him access to slave labor from the Nazi-occupied territories and camps housing the prisoners of war. Supplying the German wartime government, coupled with almost free labor, resulted in huge profits for the company.

With the collapse of Nazi Germany and Hugo’s demise in 1948, Hugo Boss shifted its focus to men’s suits. The manufacturer entered the public domain in 1988, the same year it introduced a perfume line.

Since then, it has transformed into a major luxury fashion house, selling footwear, clothing, fragrances, and various accessories.

Is Hugo Boss A Luxury Brand?

With impeccable attention to detail and an unmatched level of quality, Hugo Boss has become synonymous with prestige and success. Their products, ranging from suits to hoodies, convey a sense of power and luxury.

With separate lines for men and women reflecting masculine and feminine touches, respectively, Hugo Boss treads the perfect line between vintage and modern.

They are catering to every lifestyle and personal preference imaginable with their numerous lines, such as Boss Black, Boss Green, and Boss Orange.

An all-encompassing brand, Hugo Boss, provides apparel for every situation. A strong commitment to premium tailoring ensures a level of luxury not seen elsewhere.

Hugo Boss prides itself on being able to churn out products with a unique sense of elegance and style that allows its customers to instantly steal the spotlight.

Hugo Boss has no qualms about addressing its dark past. When historian Elizabeth Timm delved into researching its history, Hugo Boss sponsored her endeavor and even donated $5 million to a compensation fund.

In this day and age in which cancel culture is prevalent, the courage to open up about their controversial history is unprecedented among brands these days.

Hugo Boss has had a storied history from humble beginnings as a company making uniforms for various organizations to becoming one of the leading fashion brands worldwide.

Is Hugo Boss A Cool Brand?

Despite being a leader in the market, Hugo Boss isn’t as cool and trendy as it used to be anymore. This has led to the company withdrawing from trying to become a true luxury brand, as it proved to be detrimental to their business.

But this isn’t to say that Hugo Boss will abandon its roots of being a premium clothing brand.

They would just dial back the intensive diversification of their lines that started in the mid-2010s, as market surveys reported up to 59% of their customers left the brand as they didn’t like the current styles Hugo Boss offered.

Even the public perception of the brand has taken a phenomenal dip, with the survey reporting that only 20% of the customers thought the brand was cool and fashionable, compared to over 40% last year.

A huge reason for this shift is the fact that there has been a worldwide slump in the luxury apparel market, with markets in the US and China being affected to a shocking degree.

It is not an easy task to compare the two, with several factors, including quality, price, and value for money, all being considered while making a decision.

So it is generally recommended that any potential customer figure out exactly what they want, whether they want regular or luxury, and then judge each piece on a case-by-case basis.

Hugo Boss has seen an unprecedented level of expansion since it went public in 1988, introducing secondary diffusion lines for both genders in 1997, a dedicated collection for the ladies in 2000, and a children’s offshoot line in 2006.

Hugo Boss is divided into two major sub-labels: HUGO and BOSS. Hugo is the cheaper of the two, with prices that are up to 30% less than the Boss line.

The Boss brand is the high-end label for people who want to wear luxurious, high-quality apparel that exudes a sense of class and prestige.

On the other hand, Hugo targets a younger audience. Youth who like to shop online and consider their clothing as part of their overall personality and public image.

This diverse collection of styles and prices available for people from all walks of life gives Hugo Boss a slight edge over Calvin Klein, who doesn’t have such a varied lineup of clothes.

What Is Special About Hugo Boss?

Hugo Boss is known for its inch-perfect fits, two brands catering to two different audiences, and their dedication to culture, sustainability, and sports.

Approximately 13800 employees work tirelessly to make Hugo Boss one of the leading premium clothes manufacturers in the market.

Hugo Boss provides casual apparel, businesswear, eveningwear, and athleisure wear as a part of their promise to produce apparel for every situation and occasion. They want their customers to look the best version of themselves wherever, whenever they are.

The wide variety of collections, complemented by fragrances, footwear, miscellaneous accessories, and even eyewear, and watches, helped them earn around 1.9 billion euros in the fiscal year 2020.

The company also makes a point to engage with its customers on a level unprecedented in the global market, with many events, sponsorships, and marketing campaigns sprinkled throughout the year.

These include fashion shows, art shows, sports events, and exhibitions around the world, which help in making the Hugo and Boss brands prominent leaders in the world of fashion.