Is Grunt Style legit? A Breakdown!

The mission of the business Grunt Style is to “blow away” consumers with their products, superior customer service, and “ability to America.”

The founders of Grunt Style, according to their website, think that the clothes we wear every day are more than simply the need to be clothed. They think it has to do with mindset.

For Grunt Style, though, clothing is an opportunity to express your love and support for the American tenacity.

You don’t need to be a warrior to don Grunt Style, according to their website, but you do need to appreciate freedom, bacon, and whiskey.

Their passion is to completely outfit every American in Grunt Style. Their goal is to give the best, most patriotic clothing on the earth, right directly to your door.

They have approximately 400 US veterans and Patriots working for them.

Daniel Alarik, the creator of Grunt Style, is adept at reading the thoughts of his clients, which accounts for the popularity of his brand. 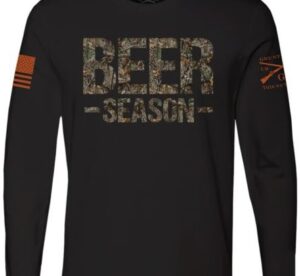 On their website, GruntStyle.com, you may purchase Grunt Style apparel directly. Additionally, some of their clothes is sold at stores including Amazon, Walmart, and Sears.

They also provide custom-made goods so you may personalise your apparel and accessories.

Actually, this business chooses to provide its clients what they refer to as their “Beer Guarantee” rather than a refund policy.

They refer to this policy as a “Lifetime Guarantee,” which claims that you will be able to replace your goods for a new one if you experience an issue with it, including rips, tears, loose threading, beer stains, and more.

To have their exchange request granted, customers must give this company their name, email address, order number, mailing address, and justification for the exchange.

Only cotton cultivated in the United States is used to make specific shirts, which are all produced wholly here.

The company manufactures some clothes in locations outside the United States, notably in the Americas, to save prices.

From the company’s headquarters in Chicago, veterans and patriots design, print, package, and ship every product.

There are a few significant difficulties with this business that potential clients will want to take into account.

The company’s choice to show its support for the American troops by using profane hand gestures and slogans on the majority of their clothes raises several issues. 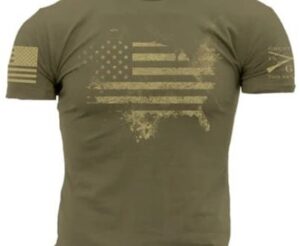 The takeaway seems to be that misogyny and a general disrespect for the sacredness of life are intimately related to American military service and patriotism.

Even if you are a consumer who thinks that these messages are only meant to be funny and do not do you any harm, there are still fundamental issues with this business.

For instance, despite the fact that their website frequently emphasises the notion that their items are “All American,” they are not all truly Made in America.

Customers who look a bit closer will discover that the company’s only real assurance is that its clothes were produced “in the Americas,” which encompasses Mexico, Central America, and South America.

Once more, this only becomes an issue if you intended to assist a Made in America organisation by buying clothing from this retailer.

The company’s emphasis on how their apparel supports the military is another problem.

They keep repeating this idea on their website, but for Grunt Style, it only means that they employ military imagery in their clothing.

Nothing on their website indicates that even one cent of their earnings has ever been contributed to or will ever go to a veteran’s charity or organisation.

Lastly, if you are a buyer who only cares that this firm produces its goods in America or that money is genuinely used to benefit veterans and you just want a cute t-shirt, you are still in danger.

You might still want to look for another store to make your purchase from as there are many irate consumers online who complain that this company never shipped them the things they purchased or that this company refuses to honour their “Lifetime Guarantee.”

Grunt Style presently has a 3.7-star rating and 6,463 reviews on Trustpilot, with 83 percent of its customers giving the business five stars.

Prior to the final months of last year, GS exclusively had positive evaluations for its products; nevertheless, over the preceding six months, the company has accumulated a large number of one-star reviews.

Customers receiving the wrong shirts, long shipping times, and damaged shirts were some of the complaints made in the reviews.

Grunt Style has commented on each reviewer’s complaint, thus we can only presume that all problems have been fixed.

Before this incident, GS had earned a number of five-star evaluations, with a recurring theme of admiration for the designs, fantastic shirt quality, and exceptional customer service.

Many ex-workers have claimed that Grunt Style was a chaotic and turbulent place to work, even characterizing to it as a “frat house” workplace where there was drinking, disrespect, and rash business decisions.

Initially hailed as a fantastic place to work, employees claimed after a few years that the Grunt Style leadership would exploit their staff and that “it just became whip snapping.”

Therefore, if you are someone who is okay with shopping from a company that generates a lot of drama, Grunt Style may be the place for you.

But for those of you guys who prefer peaceful and no-drama shopping places, you may be suited to shop elsewhere.

We cannot deny that Grunt Style is a legit business. Their reviews are off-the-charts positive and they have a huge fan following. 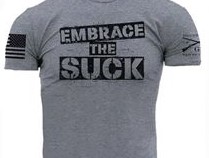 But embroiling in workplace drama nowadays is not a good marketing tactic for businesses such as Grunt Style.

There are numerous businesses who produce all of their clothing domestically and make an effort to use only American-made materials.

There are also numerous businesses that sell goods and donate a portion of their income to veteran organisations.

Customers should look for different businesses to do business with if they want to truly support these causes.