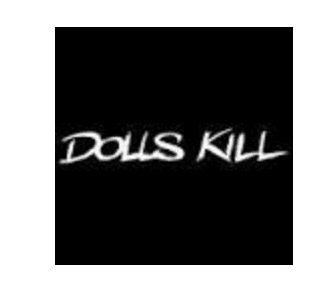 Is Dolls Kill Legit? Is it Fast Fashion? (Plus Other FAQs)

Dolls Kill is an online fashion brand globally recognized. The brand gained significant popularity in 2014 when the company was crowned “Fastest Growing Retailer” and was called one of the “top companies in San Francisco” by Inc. magazine.

Dolls Kill features a wide variety of products on their retail website, including clothing, shoes, and accessories.

The brand is called what it’s called because the six collections of products by the Dolls Kill are displayed using “Dolls.”

Every collection has a unique style, showcased by the dolls that depict them. These models embrace the personality of a specific group and try their hardest to express this personality through their get-up.

In this article, we will discuss more Dolls Kill, if it’s legit, what made people cancel the brand, and where it went wrong with this fast-fashion brand.

Why Are Dolls Kill Cancelled?

Dolls Kill is founded by two owners, Bobby Farahi and Shoddy Lynn. One of these owners, Shoddy Lynn, has been the center of a controversy that led to the brand being canceled by the masses due to their gross misconduct.

Dolls Kill has a pretty active social media. On one unfortunate day, Shoddy Lynn posted a video response to the behavior of her company for the last couple of years.

Lynn’s tone-deaf social media post included a photo of a line of police officers standing in front of a Dolls Kill store in Los Angeles.

The caption she wrote said, “Direct Action in its glory,” as well as a hashtag that said, Black Lives Matter.

During that time, the Black Lives Matter protests were rampant worldwide.

The ordinary people were banding up against the police and the government and urging them to provide rights to the oppressed African Americans residing in the United States who face systemic racism and prejudice in every aspect of their life.

Amidst these sociopolitical debates and protest eruptions, Lynn took to Instagram to post in solidarity with the police – the same police that killed George Floyd and was blatantly detaining, attacking, and dismissing protesters around Los Angeles at the time.

After this infamous and controversial Instagram post, Doll Kills started receiving massive amounts of criticism and hatred on their social media.

This was in response to Shoddy Lynn supporting the brutality of the police rather than being a part of the Black Lives Matter movement, which had taken on a rapidly escalating course.

It was ironic because most of the company’s consumer demographic is a part of the movement and were voicing their concerns regarding the brutality of the police and silence of the white, privileged citizens.

What is Wrong With Dolls Kill?

The controversy regarding the Black Lives Matter Vs. The Police movement was not the only time. Dolls Kill disappointed its customer base.

Dolls Kill has been notoriously known for sparking controversy due to its undeniable bias towards white citizens and being accused of cultural appropriation, for which they received considerable backlash.

The company was boycotted by its consumers for cultural appropriation. In 2014, they launched a Native American headdress as part of the Halloween collection.

A consumer reached out to them regarding the article, but they did not respond well and refused to take it down. They were also accused of stealing designs from black artists, which further attested to their cultural bias and the inclination towards white supremacy.

Furthermore, they have also been known for selling clothes that are associated with supporting white nationalist groups.

Such groups are highly inappropriate considering they support an idea of white supremacy in a world where people of color are already facing prejudice in every sector of their lives, including work opportunities, social life, and political office.

Rape culture has been a longstanding problem for the world, and Dolls Kill’s support for casual sayings like these that have underlying sexism innuendoes only aggravates the problem.

They have also been known for selling articles of clothing that read “Goth is White” or “Dead Girls Can’t Say No,” which suggests that they are supporting the rape culture, and there is an unlimited number of ways in which this practice is inappropriate.

When popular brands like Dolls Kill sell articles that support a particular bias, more and more people are inclined towards accepting it as the new norm, and the cultural tone of a country is set.

People start normalizing this practice and eventually start supporting it themselves.

At the very least, people who once condemned these actions are silenced by the sheer volume of these articles and incidences.

Dolls Kill has been known to steal designs from small-scale artists and create articles of their own without giving the original artists any credit or compensation for it at all.

Among the many designers that Dolls Kill has wronged, one of the famous ones includes stealing an item that featured a design identical to the one made by designer Nicole Orchard.

They have also ripped off designs from the portfolio of Nikki Lipstick, who owns a fabulous clothesline that Dolls Kill has been stealing for ages.

Not only hers but also of her friends Bei Badgirl and Gitsie Wood. This incident came to light; Nikki Lipstick customized a dress for her birthday party.

On Nikki’s post, Shoddy Lynn commented and appreciated her design. After this, Dolls Kill posted a similar picture of Nikki wearing the party dress and pretended that she was wearing it as publicity to Dolls Kill’s actual design.

This blatant ripping off of Nikki’s design was shameful, and Dolls Kill did it audaciously.

Dolls Kill proceeded to steal from Bei Badgirl and then from Marilia. Marilia sent the sheets of her swimsuit design to Dolls Kill that was stocking Marialia’s clothing.

Dolls Kill rejected this design when Marilia showed it to them but then proceeded to steal that same design and make articles out of it.

Dolls Kill is known for stocking pieces from designers and artists, getting the ideas out of them, and then ripping them later.

Dolls Kill is known for its edgy fashion and has gained a lot of cults since its inception. The consumer demographic of Dolls Kill is based on misfits and goths.

The founders aim to sell unconventional clothes to showcase their personalities. They represent one of the largest consumer retailers of festival fashion and rave-wear, making their following even more aggressive.

Under the guise of fast fashion, Dolls Kill has wronged a significant number of artists and designers whose designs and ideas they have ripped off without giving any accreditation or appreciation.

Additionally, Dolls Kill does not provide sufficient information as to its impact on the environment, animals, or people.

Due to this huge gap in its transparency, the brand has been rated a minimum of 1 out of 5 in the sustainability report released by the Good On You journal. The website recommends not buying products from the brand due to its unclear sustainability efforts or practices.

While Dolls Kill is known for its many controversies regarding cultural appropriation, racism, white supremism, and other such biases, their real controversy revolves around the backlash they received after the owner, Lynn, received significant backlash on her pro-police post after the George Floyd incident.

Due to this post, several celebrities criticized the brand and urged the masses to boycott Dolls Kill’s products. These celebrities included Rico Nasty and SZA.

When Lynn’s brick-and-mortar store harbored some minor damage during the Los Angeles protests in the wake of George Floyd’s death, Lynn posted a picture of police officers lining in front of the store with the caption “Direct Action in its glory,” which screamed of a pro-police mindset.

The brand owners did not bother to clarify this post or offer any kind of condolences to the black community, or even shed a positive light on the Black Lives Matter movement until the brand received mass criticism and their business plummetted.

After the criticism reached a significant value, the owner Lynn took to Instagram once again to post an apology video that received an even greater round of backlash from the masses due to the lack of emotions she displayed in her video.

The brand lost a significant amount of followers following the post and the apology, and it was implied that this loss was the only reason why Lynn bothered to apologize in the first place.

The insincere apology was a greater slap on the face, and people made it clear that they were not buying this dramatic effort to hide the racial prejudice that was the brand’s instinct.

Since the owner made no attempts to convey that the brand suffered from a hack into their accounts, resulting in the Instagram post, there is no reason to believe that Dolls Kill was hacked.

The brand’s consumers took to the internet, and the hashtag #BoycottDollsKill started trending on Twitter which led to an even more significant loss of business for the Dolls Kill.

Many stores used this hashtag to sell their products, and social media was full of marketing strategies, condemning posts, and criticisms that led to a storm of debates and controversies.

In 2020, Dolls Killed claimed to buy 1 million dollars worth of products from Black-owned businesses as an apology.

While the debate about Dolls Kill’s questionable choices can last for hours, let’s come back to our original question.

Is Dolls Kill legit? Well, the number of horror stories we have gathered from designers all over the world does not paint the brand in a good color.

No, Dolls Kill is not trustworthy due to their repeated attempts at ripping designers off and stealing their hard work.