Is Dior Cheaper In Hawaii? A Price Analysis!

Christian Dior is a French luxury fashion house. It is chaired by Bernard Arnault, a French businessman. He’s known for leading the largest luxury group in the world, known as LVMH.

We all have this desire to buy from luxury fashion houses like Dior, but we’re also aware of how excruciatingly expensive they can be.

No matter where you buy these luxury branded items from, it will still end up costing you a fortune.

But if you’re already willing to invest, then it might not be a bad idea to buy them from places where you could get good pricing and deals. 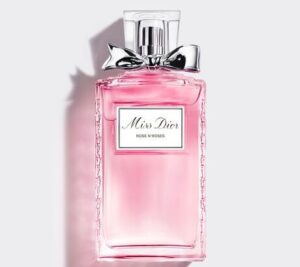 I’m guessing that most of you are aware that such brands might seem cheaper in European countries.

But frankly, who has the time and money to buy the tickets and fly there? Wouldn’t it be amazing if we could get those prices in the US as well?

Well you might just be in luck because I’ve heard a rumor that Dior is cheaper in Hawaii, which is a part of the United States.

Although it is uncertain as of now whether this information is true or not, I’ve done research on it.

So if you’re curious to know whether this is true or not, then you’ve come to the right place.

In this article, I’ll be discussing if Dior is cheaper in Hawaii or not and we’ll also take a look at why that is the case.

So let’s dive right in!

Christian Dior SE, also commonly known as Dior, is an iconic luxury fashion house that has taken over the industry as a leader for many years.

The brand has managed to forever change the way in which women dress.

It has had multiple artistic directors and all of them have added their own unique touch to this brand.

The legacy of this iconic brand started with the legend himself, Christian Dior, who was resilient and worked with many Parisian artists before launching his own brand.

He founded the House of Dior in December 1946, but its conception is commonly considered to be in 1947. This is because it was in 1947 that he launched his first ever collection.

Dior managed to bring Haute Couture back to Paris. He’s also responsible for bringing a huge change to French fashion through his dress, which is titled as “The New Look”.

This dress captured an hour-glass figure and a fuller bust. Although it received a lot of criticism, this dress single handedly was able to mark Paris as the “fun fashion capital” in the world again. 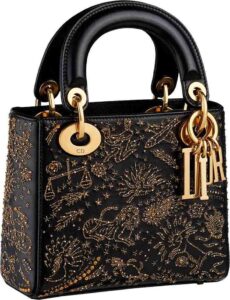 The house of Dior quickly gained a lot of popularity and a reputation for being a luxurious brand, as they only used the best materials.

The brand is very popular among the elites and has also worked with icons like Elizabeth Taylor as well as Marilyn Monroe.

Is Dior actually cheaper in Hawaii?

Being a luxury fashion house, it’s pretty understandable that it would cost a fortune to buy any product from this brand.

Many people actually save up to buy an iconic piece from Dior.

However, it has been rumored that Dior is actually cheaper in Hawaii and I’m excited to tell you that this news is in fact true!

According to my research, Dior in Hawaii is 5 to 11 percent less expensive as compared to the mainland United States.

Dior’s store in Hawaii isn’t even an outlet store, in fact, it’s a true retail one.

You might not be aware of the fact that almost all luxury brands in Hawaii are considered cheaper, because they have special pricing there.

Therefore, even Dior is considered cheaper because of the special pricing in Hawaii. Not only that, but in Hawaii there won’t be any sales tax on any Dior goods. 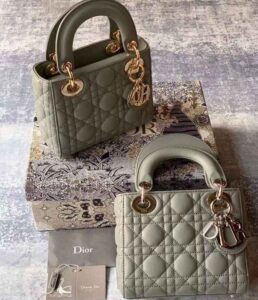 This is also what helps make Dior items cheaper here than anywhere else in the US. However, this rule was subject to change from January.

Therefore, once Dior shifts buildings, a 4.5% Hawaii tax would apply, but this still is probably lower than other parts of the US.

No one actually knows why these brands offer discounted prices in Hawaii, but it is believed that these luxury houses see Hawaii as their own special pricing zone.

In conclusion, to answer the main question, yes Hawaii is definitely cheaper in terms of luxury goods than the mainland US.

In fact, Hawaii is described as the best place to go to, after Europe, when shopping from luxury brands.

Although the tax-free benefit might not apply now, the prices here would still be 5 to 11 percent lower on Dior goods.

Moreover, flying to Hawaii would actually be cheaper than flying to Milan or Paris to buy these goods. Instead of saving, you’ll end up spending the same amount on airfare and living.

Therefore, it seems practical to go to Hawaii and buy luxury brands from there, as there’s a list of big names which offer several discounts on their products here.

I hope this article helped answer your query regarding pricing of Dior in Hawaii!