IS CARTIER CHEAPER IN EUROPE? A Price Analysis!

Cartier is the world’s most prestigious jewelry brand founded by Louis-François Cart in 1847.

While many know about Cartier’s most popular bracelets not many know the story behind the brand.

Louis François started as an employee in a jewelry workshop.

His ambition to create unique, timeless pieces drove him to take over his master’s workshop in Paris and that was when Cartier was born.

During those times, the French Revolution was in full swing but despite the uncertain situations, Louis’ business continued to grow. 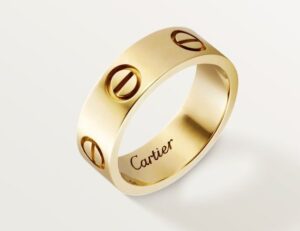 Soon Cartier’s designs became popular among the European royals. King Edward VII was the brand’s biggest supporter and called it the king of jewelers.

The brand’s name continued to grow and in 1899, Cartier opened up its showroom in Paris’s Rue de La Paix.

Europe was already swooning over the brand but its owners had greater plans.

Louis’ grandson, Pierre took the brand to the United States while Jacques looked after Cartier in England and the colonies.

With hard work and determination, Cartier became the most loved jewelry brand in the world.

Today, 150 years after its inception, the luxurious jewelry maker is still going strong.

It wouldn’t be wrong to say that Cartier is a status symbol. Everyone from celebrities and moguls proudly wears Cartier to show off their wealth.

The brand’s timeless designs and fine craftsmanship makes it super expensive. The cheapest item in its catalog is Chain Necklace In Yellow Gold. 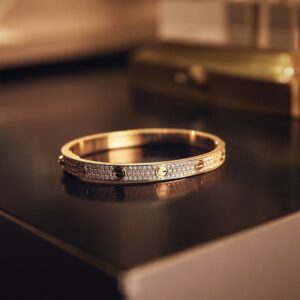 But the rumor has it that Cartier costs less in Europe than in the United States and other parts of the world.

How true is it? Let’s find out.

Before we dig in to find the truth, there’s one thing that you must keep in mind- ninety percent of the brands cost less in the country for their origin.

Hermes, for example, cost less in Europe than in the US.

On the other hand, Apple which originates from America costs cheaper in the US than in Europe.

Now, let’s compare the prices of the brand’s best-selling articles in the United States and Europe.

The ring we picked from the website is the Juste Un Clou Ring, Small Model. It is considered to be one of the most unique designs and a must-have.

This means Juste Un Clou Ring, a Small Model is cheaper by USD 94 in Europe than in the US

The next article we compared is the one every woman wishes to have on her wrist- The Love Bracelet.

This mesmerizing 18k gold bracelet costs £6001.68 in the United Kingdom. A 12% tax refund is valid on this jewelry piece as well. You £720 back on your purchase. 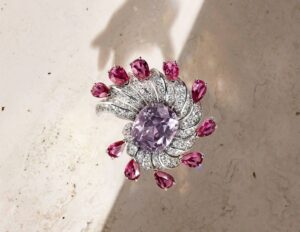 So if you buy the timeless Cartier Love Bracelet from the United Kingdom you save over one thousand US dollars which is quite a big difference.

In the earrings section, we decided to compare the price of Panthère de Cartier earrings, white gold 750/1000 in the United Kingdom and the US. 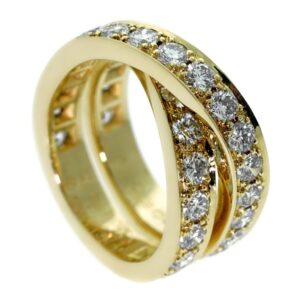 The last article we compared is the Pasha de Cartier watch 30 mm. The stunning article costs £106,000 including tax.

In short, if you buy the watch from the United Kingdom or any other European country like France, and Itay, you will save over nine thousand US dollars.

Price comparison of Cartier’s best sellers proves that the brand is cheaper in Europe than in the United States.

You can save anywhere from hundreds of dollars to ten thousand dollars, depending upon the item you buy.

So, if you are a tourist in Europe and wish to shop from Cartier, don’t miss the chance.

But planning a trip to Europe just to buy Cartier wouldn’t be a wise decision because that will not help you save any money.

Always remember, a brand costs less in the country of its origin.