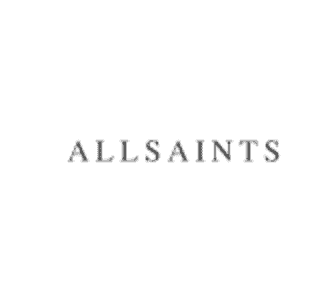 Is AllSaints A Good Brand? Is It Luxury?

Its style is not preference-dependent, so one may not find All Saints as winsome as somebody else!

AllSaints has 281 stores, with approximately 2400 employees across 27 countries and regions, including the UK, France, USA, Ireland, Mexico, Canada, Japan, South Korea, and China.

AllSaints was founded in 1994 by Stuart Trevor and Kait Bolangaro. It started as a high-end menswear brand that only sold exclusively to high-end retailers like Harrods.

In 2009-2010, AllSaints expanded rapidly all over the world by launching a US-specific E-commerce website and opening its first store in the US, in New York.

By 2010, All Saint’s expansion in North America was worth 43 million pounds.

In April 2011, due to rapid expansion and the collapse of investment companies, All Saints went into a debt of 53 million pounds and was on the brink of collapse.

Lion Capital effectively saved All Saints by buying 76% of its share and thereby saving more than 3000 jobs.

In 2018, over half of the board-level positions are being held by women, and the company has no median gender pay gap.

In 2020, All Saints’ revenues grew by 10%, and its operating profit rose by 161%, marking the best financial performance in the brand’s history.

Currently, All Saints is thriving under the leadership of Peter Wood, with its revenues growing rapidly.

Is All Saints A Good Quality Brand?

All Saints is a good brand, although an expensive one as well.

It has its unique style, which may or may not be according to everyone’s taste.

Its clothing is described as edgy, mostly a mixture of grey, black, and beige.

It has a trademark motif of a skull, giving its clothes a distressed look.

All Saints brands are considered to be 70-strong, made for the ones who are uninitiated and a little bit Goth.

This brand is definitely for the ones who are into cult classics and rock ‘n’ roll. However, their prices are at the higher end in the fashion industry.

According to a few customer reviews, their clothes can be of varied quality.

Mostly their clothes are not hard-wearing but appear to give a good look.

Though, their shoes are thought to be of very good quality, with a longer shelf life.

Why Is AllSaints So Expensive?

AllSaints is a high-end fashion brand, which means that its products cost way more than any other local brand.

They are a very popular brand because of their limited edition collections in limited quantities.

If you want to be fashionable and in-trend, you’ve got to lay your hands on them before anyone else does, even if the clothes are not very practical.

Each piece of the collection is of incredibly high quality, designed and sewn individually by skilled craftsmen.

Being a very popular brand amongst celebrities is one of the reasons for All Saints being so expensive. Celebrities and fashion insiders are often willing to pay more for exclusive items and the latest trends.

Plus, the cost of doing business in London, where its headquarters are, is high.

They also give a lot of benefits and wages to their staff that are often higher than the average.

These all cumulatively make All Saints a very expensive brand to shop in.

Is All Saints Ethical?

All Saints is rated ‘not good enough by many critics due to its rating being low in many aspects, especially in environmental protection.

The company does use some eco-friendly materials and recycled materials.

However, there is no suggested evidence that it minimalizes textile waste and reduces carbon and other greenhouse gas emission in its supply chain.

It does not have worker empowerment initiatives such as collective bargaining or making a complaint. It sources its final production from countries that have severe labor abuse.

Its animal rating is also poor since it uses leather and exotic animal hair.

AllSaints claims that it sources wool from non-mulesed sheep, uses down certified by the Responsible Down Standard, and does not use fur, exotic animal skin, or angora in any of its products.

This claim is far from reality because animal products have been traced to the very first stages of their production.

All Saints products range from menswear to womenswear, from swimming suits to oversized coats, t-shirts to shoes, and many more.

Designs are often minimal in appearance, with colors being equally meek.

Shades of grey, black and beige are the central colors of the brand, with occasional appearances of ash pink, blue, and khaki.

The company has a strong connection to music.

They have collaborated with many established musical acts like Kings Of Leon, Dum Dum Girls, and many more.

It has also hosted many live musical performances, including global artists like OneRepublic. Some singers have also mentioned the brand in their songs, like Jay-Z and Justin Timberlake.

All Saints credited several developments for its marketing strategies, which led to its success, including the strengthening of its leadership team.

It has a product-focused strategy.

This means that it is investing more and more in its products than in anything else to make them better and broaden the company’s product categories.

This way, they appeal to more people than they have ever before.

All Saints also have a full price force.

They believe that if the company is developing a good product with good quality and the one that appeals to people, and is being marketed and distributed correctly, then the customers will feel that their price proposition is strong at full price.

All Saint is a high-end, cult classic brand that has undoubtedly made a space for itself in the list of luxurious brands and is said to increase its wearer’s personality, fashion-wise.