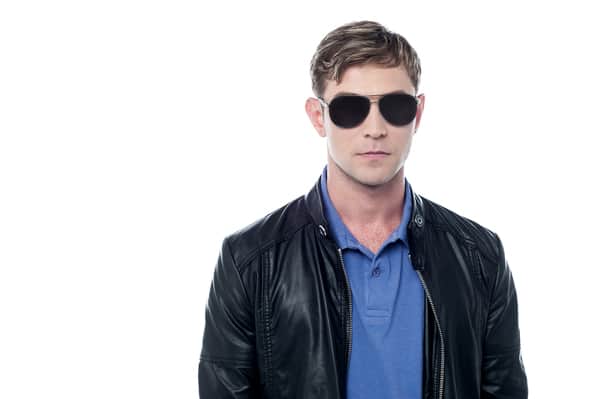 883 Police has made a name for itself in the men’s fashion category. From the list of top gender-specific brands, 883 Police would always light up the space.

There are a couple of reasons for that; one, the brand’s signature depicts masculinity, and second, it is classy and refined as anything ever can be.

We’ve no idea if the staff employed at manufacturing intentionally practiced and trained to create such master crafts or if it’s a mere coincidence – this still is to be found.

Whatever it be, the appearance definitely is surreal and would surely make crowds stare at you.

The question that we’ve uncovered throughout this guide is finding the necessary parameters to determine if 883 Police is a good brand.

We’ve gone a mile further to offer the best possible information for you to make an informed decision.

The first thing we intentionally look for in a brand is its uniqueness. It shouldn’t be a copied version or a light version of any other brand.

That not only kills its essence but is unethical. So, whenever we recommend a brand to our audience, we make sure it’s unique in its style, design, and fashion sense.

It should have a spark to attract, fascinate and influence the people around.

There should never be mundanity in a brand’s voice or its style. This makes a brand qualify for a “Good” tag.

So far, we’ve found 883 Police to be unique in terms of its creation, design and specificity.

Well, the brand has been around for three decades now and if it really wished, it could easily have expanded and stretched to other categories.

But, this ain’t the case, which blatantly depicts the oneness of the brand.

On TrustPilot, 883 Police has a rating of 3.7 stars when we’re writing this piece. This may fluctuate with time.

Public response to a particular brand is a pertinent measure to gauge the goodness of a brand.

How acceptable and receptive people are to one’s brand defines how successful they have been in leaving a mark and influencing lives.

If all it was made for were a monetary advantage, people would have discovered that already culminating in its downfall.

To those who don’t know, TrustPilot is an online platform for reviewers where people all across the globe sign in and post their opinion on a particular subject.

57% percent of the people who reviewed on TrustPilot were quite content with the quality of the products they received. There were some disappointed with the late delivery, but overall the response was satisfactory.

Another parameter that we strongly consider is the brand’s compatibility with the era’s trends.

883 Police joined the market and have been there for almost three decades, but the focus always was directed to the men’s category, especially the pairs of denim.

Hardly would you find a brand with a better pair of denim than 883 Police. The reason is that they’ve reached a pinnacle of their art where they’ve mastered the creation of one piece after having it manufactured million times over.

The problem with other brands is that they extend their roots into different categories at a pretty young age, ending up nowhere.

The content gets taken for granted, which turns things against the brand.

This isn’t the case when it comes to 883 Police. Its mission is clear, and its plan to create an impact is evident in its approach.

It’s not just Denim there at 883 police but a wide variety of men’s collections comprising hats, watches, underwears, belts and much more.

You won’t have to go anywhere once logged on to 883 police. If you’re a guy still waiting to give 883 Police a shot, you’re already way behind than many who’ve tried it repeatedly.

This speaks for the product they deliver, the connection they build and the association they’ve had with their customers.

On our scale of labeling a brand a “Good,” 883 Police does qualify and we’ve already dived deep into why we believe so.

Disclaimer: We’re all unique and that’s absolutely fine if you don’t find yourself resonating with 883 Police.

It isn’t because there’s a default somewhere; it’s just that we need to accept that we all are unique and brought up in different settings.

So, our preferences vary as per the scenarios we’ve experienced in our lives.

In a nutshell, if we were to quote, we would any day go with 883 Police and asset it to be a “Good” brand for the reasons documented here in the article.

Let’s now unfold if 883 Police is a Luxury Brand or not!

Roots of 883 Police lie deep somewhere in Italy, where it was launched in 1995. This was an era when denim styling had just come in.

Since then, it has revolutionized the industry with its quality, appearance, and a deep sense of serenity.

Italy has always been a hub and is known for its classical beauty and what would you expect of a brand originating from the land of one of the coolest casual outfits?

Exactly as you understood, it’s incredible.

883 Police has that calm exposure that the majority of the time lack in brands. Nothing do we have to say about it.

It’s either crafted after decades of struggle, or it just comes naturally.

Either way, it plays its part in favor of 883 Police.

Scrolling through the webpage of 883 Police, we couldn’t find a single product that appeared more on the loose side or something that wouldn’t bear the class.

Every single item they had reflected a sense of innovation and fineness.

Based on our years of observation, it’s indeed a luxurious brand presenting high quality to its customer for 30 long years.