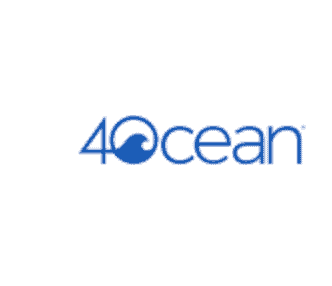 Is 4ocean a Legitimate Company? (Plus FAQs)

Marine pollution is a threat to not only oceanic ecosystems but also to human beings. Oceans are an attractive tourist point, but they are also a living system, a home to many living beings.

The oceans face a severe threat from pollution and the waste dumped into them by industries worldwide.

4ocean is one such organization that aims to reduce plastic waste from the ocean and recycle the waste into reusable everyday products. They have profited from this running program and claim to reduce waste debris from oceanic entities.

This article explores the legitimacy and impact of 4ocean on the environment. If you are interested in learning more about the legality of 4ocean, then keep on reading.

Is 4ocean really cleaning the ocean?

There is a certain level of division between the people when the question of whether a company is “really cleaning the ocean or not” arises.

There is a good percentage of people who have nothing but good to say about the company while the rest of them belong to the glass-is-half-empty category.

Like other cases, 4ocean is also subjected to either criticism or skepticism. The conversations usually circulate the legitimacy of a company’s claim.

4ocean has cleaned 7.7 million pounds of trash from the ocean. While some argue this is barely enough, given that the human population dumps more than 1 million pounds of waste in the ocean every day, some say this is the start of something great.

The skepticism originates due to the profits they make from the little quantity of trash being removed. The ratios are widely off.

However, the company ensures complete transparency with their donors and customers through their Trash Tracker model (what they do with their profits is discussed later in the article).

Therefore, 4ocean is really cleaning the ocean. While the process is slow, we have to start from somewhere at least, since 18 billion tonnes of plastic go into the sea every year, and cleaning all of it up in a jiffy requires the kind of resources that no organization, yet, is supplied with.

There are rarely any companies that are operating to ensure that this problem is dealt with; therefore, 4ocean even trying to accomplish a mission is appreciated.

The bracelets are made of reusable material. In terms of if they are made up of recycled material, the answer would be YES!

4ocean started by selling bracelets made of recycled ocean plastics to initiate conversation among people about oceanic pollution, which would raise awareness and money for their global cleanup initiative in developing and developed countries with coastlines.

The bracelet’s strap comprises recycled water bottles, whereas the beads are developed from 100% post-consumer recycled glass bottles, including less than 5% reclaimed ocean glass.

Furthermore, the beads go through rigorous recycling processes in China, after which these bracelets are hand-assembled on the island of Bali by local artisans, which gives jobs to several locals on the island.

These local artisans are highly skilled at their job of jewelry making.

Nevertheless, every bracelet is sold to prevent pollution in water bodies, specifically the ocean.

The portion of the profit is invested in cleaning up 1 pound of trash from the ocean and coastlines.

The company with this advert has made millions of profit, removed millions of trash from the ocean, and created numerous job opportunities for the local islanders.

They have initiated clean-up operations in Florida, Haiti, Indonesia, and Guatemala.

What does 4ocean do with the money?

Since 4ocean is a for-profit organization, their clean-up operations are 100% funded by the sales of their products.

The problem is no one can provide a straight answer to the question “what do 4ocean do with their profits?” because they are a private company and therefore refrains from sharing their financial records with the public.

However, in a recent video by Danye Har, a 4ocean representative responded in the comment section.

They claimed that each founder of the company had taken less than 0.7% of the revenue generated through 4ocean’s product sales in total since the company’s start in 2017.

This means that 98.6% of the revenue is invested back into their clean ocean mission, which includes:

The representative also claimed that their Trash Tracker mechanism represents pounds of trash they’ve pulled far ahead of their bracelet count.

They also claimed that Andrew and Alex, who are founders of the company, have submitted their tax returns to the Better Business Bureau and verified that they each had received less than 0.7% of the total revenue from the company as personal compensation.

Is 4ocean making a difference?

With the amount of trash dumped in the ocean, anyone trying to recycle or even remove that waste makes a difference.

While some argue that the amount of waste dumped into the ocean is more than the amount removed, few organizations are trying to save the oceanic ecosystem and marine life.

It is essential to understand that with the majority of the population not recycling and actively polluting the ocean, only 10% of these people being mindful will have a minor impact.

In a minor sense, 4ocean is making an impact as they have removed 7.7 million pounds of waste from the ocean. They are creating job opportunities and operating cleanup sites around the world.

In conclusion, where you donate your money is your choice, but 4ocean has a mindful cause, where they start difficult and often ignored dialogue about the health of our oceans and what we can do to help.

The company has made profits based on their concept of helping the water bodies breathe as industries and people continue to dump their waste in them.