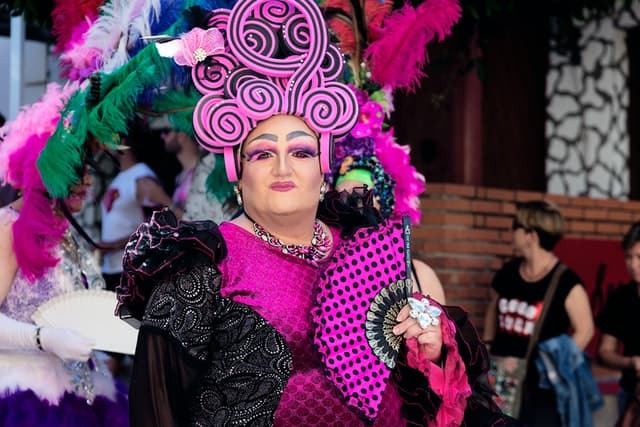 Attending a drag show is definitely a unique experience, and it can be tough to know what to wear.

Do you dress up in drag clothes and exceed all bounds of “going extra”, or do you go for something more low-key.

The indecisiveness is normal and completely understandable. After all, it’s not everyday that you get to dress up and go out to see some awesome drag queens perform!

While the costumes and makeup can be over-the-top and outrageous, there is an artistry to it all that is worth appreciating.

Although some people might think it doesn’t matter how you dress, dressing appropriately can add to your enjoyment of the show.

Here’s everything you need to know about dressing for a night of fun and glamor.

What Are Drag Shows?

Drag shows are a form of entertainment in which an individual dresses as someone from the opposite gender. Not only do they wear contrasting attire and do makeup to mask their true identity, but they also have to act and behave like them.

Drag shows are so much more than just a show which involves changing clothes and putting on some face powder. It is a form of art and a celebration of a person’s individuality.

Although widely famous in the LGBTQ+ community, anyone can enjoy a night out at a drag show.

“We are all born naked, and the rest is drag” – says RuPaul, a celebrated and world-renowned drag show performer.

The art of drag is an escape from the conventionality of the world. A hiding place from the biased principles of our society.

The infamous quotations only try to unveil the reality that most of us are just putting on a show, with the world as the stage and the people as its audience.

Nonetheless, for a fun night, a drag club can be a very exciting venture. 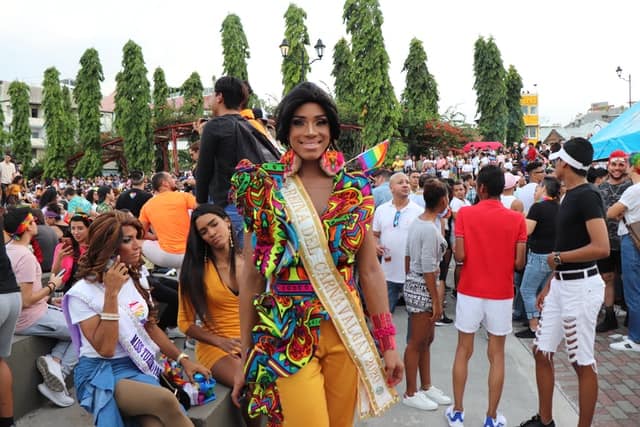 What do they do at Drag Shows?

When you step inside a club, everything is very exotic. Bright lights here, colors there. A lot of shine, flamboyant outfits, glittery beards, on-point makeup, songs, cocktails.

Occasionally, drag queens will show up and perform a dance show or a lip-sync performance. The artists will be called by name and coming one after the other, gracing you with their fantastical being.

But be sure to keep an open mind and not be so touchy about their shady comments because a lot will be made.

Overall, there will be a light playful environment that anyone can enjoy.

What Outfits to Wear to Attend a Drag Show?

Usually, if you like you can wear anything. Something comfortable, shoes that outlast long periods of extensive standing and don’t hurt your feet. As this is a no judging zone.

However, if you are an attention hogger, love being in the spotlight, would love to get compliments from the performers, being called out numerous times then exceeding your normal circle would be better.

The best way to look stunning at a drag show is to dress up as you are going to a fancy bar, maybe dinner, or an expensive hotel.

Some great outfits are ones that complement your natural beauty, your remarkable inborn figure. Some cocktail dresses might be best suited for this excursion.

For makeup, stepping out of your comfort zone and going a little bold might be preferable. But not too much. When observing a drag queen, their evident bold makeup can be appreciated.

If you have a flashy pair of high heels, the queens might come your way easily.

While this guide is available, just remember to be confident in yourself so that every outfit can be a banging one.

A highly notable instruction is, please do not try to steal the Drag Queen’s thunder. Even if you are dressing glamorously, be wary of not offending these artists.

What are drag queens and kings?

The question begs, what are drag queens and kings? Is there a difference between them? Are they royalty of the drag culture?

A lot of queries pop into our heads when we see the tag.

The cross-dressing artists that perform their craft by suppressing their personas and letting their alter ego loose are drag queens or drag kings.

To some of the performers, this role is very important to them. For those artists, drag is not just a method of enjoyment. It is their livelihood, their passion, and sometimes it’s just an escape from reality.

Drag queens are people, usually men, that dress up as women and express themselves in their own way. This requires wigs, makeup, dresses, and so much more. Females can relate to the cost of getting their nails done perfectly.

Drag kings are the opposite of queens. Yes, there are women cross-dressers too. This simply means women dress up and pretend to be men.

Not only do they copy the attire of men, while painting or putting fake beards, muscle suits or dad bods, they also copy their bravado, manly humor, and insecurities.

Even if tainted by the branding and labeling of society, drag queens still persist.

How much money should you bring to a drag show?

It is not very expensive for the people being entertained, for the public spending a bit here on drinks and a little there by tipping the queens are some examples of expenses.

More exotic places, with professional level drag queens and luxury settings might cost $1500 – $3000 to get in.

The additional cost of tipping the performer can be somewhere from $500 to $1000.

The amount of money complementing the activities should be okay. In order to not let the crazy night fade out due to insufficient cash, it’s better to keep a little extra change in your pocket.

For the artists, drag can be super expensive. The cost of readying the bright accentuated attire, colorful wig, extra accessories, and other stuff that adds to their alter egos is too much sometimes.

It may cost somewhere from $4000 to $20,000 to be a drag queen or king. So it is super important that when you attend a drag show, you tip the performers who try so hard to make your night enjoyable. These tips may be a matter of eating the next day for some individuals.