Here’s What to wear in Seattle in October!

On the American West Coast, lies the seaport city of Seattle.

Seattle is situated between Lake Washington to the east and the saline Puget Sound (an offshoot of the Pacific Ocean) to the west.

Elliott Bay, the city’s main harbor, is a component of Puget Sound, making the city an oceanic harbor.

Although not consistently, the city is steep and hilly. 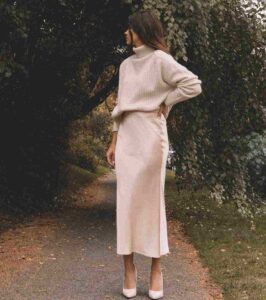 The standard climatic categorization places Seattle’s moderate climate in the Mediterranean zone, however, some sources place the metropolis in the oceanic zone.

It has moderate, comparatively dry summers and cool, wet winters, encompassing features of both.

Because it is colder and wetter than a “real” Mediterranean climate, the climate sometimes is referred to as a “variant Mediterranean” climate.

In Seattle, Washington, the weather changes from dry summer to rainy winter in October. This month brings warm temperatures and a fair quantity of rain to the city.

In October, a temperature of 80 °F (27 °C) or higher only happens once every ten years.

An average of three evenings each week see the temperature drop to or below 40 °F (4 °C). However, October rarely gets below freezing.

Seattle is most enjoyable from September to October.

The city’s busy season is in the summer when rates increase and accommodation availability decreases, while the chilly winter months might put even the most ardent tourists off.

Early October, however, is a prime time for tourism because the warm weather continues while the crowds thin out and there are plenty of hotel rooms (and cheaper rates) available.

Additionally, there are many autumn festivals, which provide an entertaining fall visit.

What to Wear for Daytime Activities in Seattle?

Seattle is a casual city, so bear that in mind while choosing what to dress there.

If you take a look around, you’ll see that Seattle residents who value practicality and the outdoors tend to choose outdoor clothing companies like The North Face.

Nonetheless, the Pacific Northwest is home to a large number of imaginative folks who like giving the word “dressy” a unique spin. 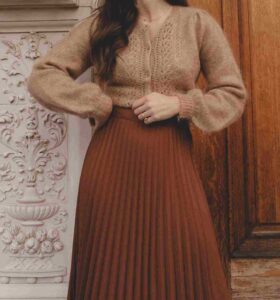 Don’t be afraid to get creative with your Seattle packing list because there are so many independent businesses there that offer a special blend of texture, roughness, and vintage class.

What to dress in Seattle is as follows if you’re traveling in October: Think plaid button-down shirts with long sleeves and skinny jeans.

Bring your brand-new fall footwear, especially a pair of leather knee-high boots with a rounded toe and a very low to no heel. Wear them with opaque, colored tights or skinnies.

Put on a colorful wool coat, a vest for stacking over long shirts, and scarves. You want to be both edgy and feminine.

Seattle does not always experience rain.

For your journey, you should take a lightweight, portable sweater.

The greatest option for what to dress in Seattle is to pick a sweater that is simple to pack in a daypack and can be readily folded up.

Make sure to pack a pair of leggings for your trip to Seattle. Put them on with a breathable sweater or a long t-shirt.

You will be quite comfortable wherever you go, even if you merely use them as loungewear because they are compact.

What to Wear for Nighttime Activities in Seattle?

In October, things gradually start to return to their “normal” rainy Seattle weather, with temperatures often hovering around 60°F.

We’re all too busy gawking at the deepest red leaves we’ve ever seen, so there’s no time to be unhappy about the impending winter. 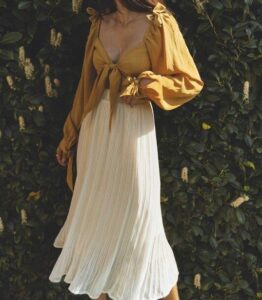 The ideal month for this city in movies is typically October.

Light rainfall will accompany you on your morning walk to the coffee shop, so prepare for some beautifully melancholy mornings.

Even while Seattle doesn’t get quite as cold as New York or other northern parts of the country during the fall, you should still pack layers of clothing that are warm, such as:

If you’re not sure what to wear in Seattle, in general, a pair of skinny jeans, a baggy sweater, and boots will always be appropriate.

There are several uses for comfortable scarves, which are popular among Seattle residents. They not only dress up your attire but are also ideal for cool evenings when you’re out sight-seeing in the summer.

The Seattle dress code is unique in that there is no standard manner that everyone should dress. However, jeans are a must-have for a Seattle style, which is fortunate given how versatile they are!

Other things you should pack for an October holiday in Seattle:

When travelling to Seattle, be sure to bring:

Locals in Seattle rarely use umbrellas.

Rain jackets are normally sufficient to keep you dry in Seattle’s rain because it typically drizzles lightly rather than pour down heavily. 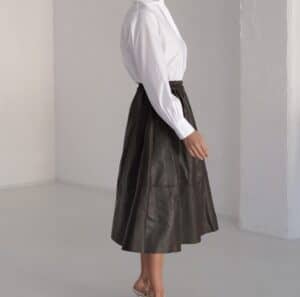 Additionally, they are significantly more useful than an umbrella on any walks within a two-hour drive of Seattle.

There is so much nature to experience in and around Seattle, from the coast to the Cascades. While visiting Seattle, schedule some time to be outside (even if it’s only for a morning stroll) and bring:

Understanding where and when to go when travelling to a city or a country takes knowledge on the part of the traveller.

You can plan your vacation by creating a checklist for your belongings and listing the locations you would most like to see.

If you are travelling, it is recommended that you bring only a few outfits. Feel good, and have fun!