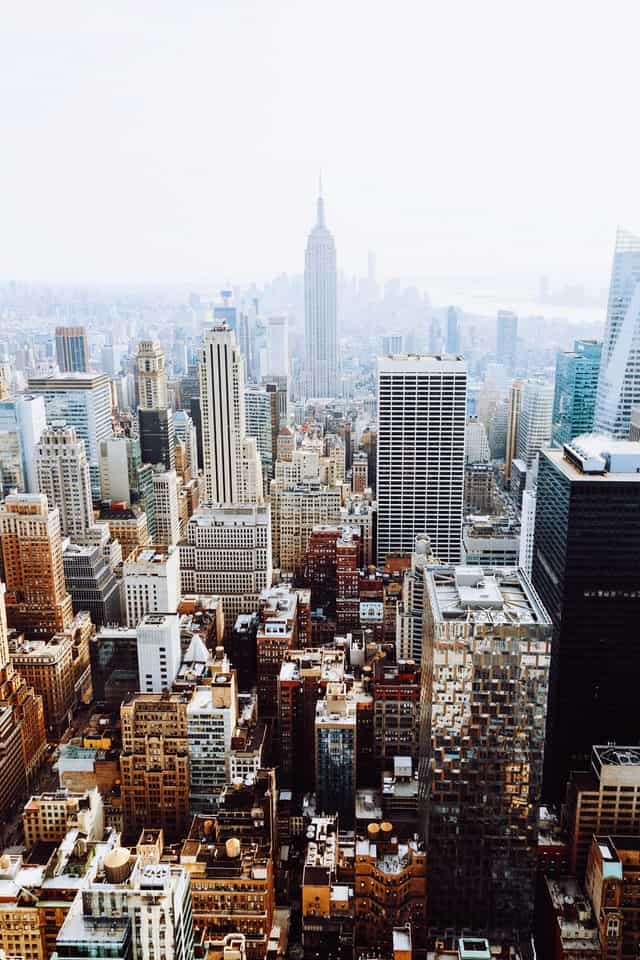 Here’s What To Wear In New York In August!

New York, or The Big Apple, located in the United States of America, is one of the most famous cities in the world.

Considered the land of opportunities, New York welcomes people from all over the world into its diverse culture.

It is also home to some of the most famous buildings and monuments in the world.

New York is a tourist destination with a lot of tourist attractions in all four seasons of the year.

New York shows its best colors around Thanksgiving, Christmas, and New Year, with tons of activities and attractions for tourists.

The weather in New York during the summers is very pleasant, which attracts a large number of tourists to the city.

Good weather during August makes it a prime time to explore the city. There is a long list of events that take place during this time of the year in New York.

The US Tennis Open, Byrant Park Film Festival, and The New York Auto Show are some of the most popular events.

Other attractions include going to the museums, enjoying the restaurant week, outdoor summer concerts, and a contemporary art exhibition.

New York has a humid continental climate. With colliding air masses from Canada and the Mexican Gulf, the climate is quite unstable in New York.

The nights can be cold even during the summer season, with the temperature falling below 62°F(17°C).

August receives an abundant amount of rainfall distributed over ten days of the month.

Due to the unstable climate, unexpected thunderstorms can occur on a clear and sunny day, so it is recommended to always carry around an umbrella or a rain jacket with you while you tour the city.

Summers in New York are hot and humid, so pack your bags with light, breathable clothes for the day along with full sleeve shirts or thin jackets for windy nights.

While visiting famous landmarks in New York on foot, wear comfortable footwear so you can walk miles without having issues.

What To Wear For Daytime Activities In New York?

August is the high time of the year in New York.

From food tastings to visiting the most famous monuments in the world, this city is packed with exciting activities for its tourists.

New York has the most comprehensive art museum in the world called The Metropolitan Museum of Art, commonly known as The Met.

It showcases artifacts from over 5000 years ago in its large marble halls. These halls are chilled in summer, so bring a cardigan or jacket along with you when you visit.

If you are short on time and wish to explore most of the city, get aboard a luxury cruise around the Big Apple.

Visit over 100 iconic stops like The Cloisters and Ellis Island on your way to Liberty Island, where you can stop to take memorable photos with the Statue Of Liberty.

Every summer, the Bryant Park Film Festival is held in the heart of Manhattan, New York.

Enjoy a sunny afternoon at the outdoor movie theatre and concerts by New York Philharmonics in this event.

Men can wear short-sleeve shirts while women can wear skirts or dresses to this festival.

If you are in New York, do not forget to plan a visit to the famous Central Park, which is the largest urban green space in America.

There are numerous attractions in Central Park itself that it is not possible to see all of them in one day.

Some of the most famous attractions are the Central Park Zoo and The Strawberry Field Mosaic.

Put on shorts and a short-sleeve top, and enjoy a picnic on the lakeside with your partner or go for a walk around the park.

You can also rent a bike and ride around the park. Wear joggers and comfortable trousers if you plan to do so.

People from all over the world come to see the Empire State Building in New York.

A visit to the observatory on the 86th floor of this building is a must. Take a good look at the city from the top before you go out exploring it on foot.

Another observatory where you can get one of the best views of New York City is the Rockefeller Centre.

These places do not have a defined dress code, so you can dress as you like. You can wear casual jeans and a t-shirt with sneakers to these places.

What To Wear For Nighttime Activities In Las Vegas?

New York is also known as the city that never sleeps. Nightlife in New York is as fun and exciting as it is during the day.

Famous for its Broadway shows, there are a large number of theatre venues in the Theatre District, New York.

Book your tickets in advance to watch classic American shows.

These theatres attract a sophisticated audience and several celebrity guests, so dress formally to match the vibe of these places.

The High Line is a new addition to the many tourist attractions in New York.

It is a former rail line that has been transformed into a walking trail with beautiful tree plantations throughout the trail.

It is a perfect place to go for a romantic walk in the city at night.

Wear a jacket or a thin coat as the temperature significantly drops at night. Women can carry a shawl with them to keep warm.

Out of all the famous places to go in New York, Times Square is the most famous of them all.

Lined with large digital billboards, it is the entertainment center of New York. It is the busiest place in New York, especially in the evenings.

The street is filled with top brands and Broadway theatres in the country.

Do not miss out on going to the Time Square in New York.

Because the city is usually so crowded, pickpocketers are on the loose in this area.

Make sure your outfit has inside pockets to keep your wallets and phones safe.

You don’t need to follow a dress code here. Wear what you feel comfortable in and have a blast. 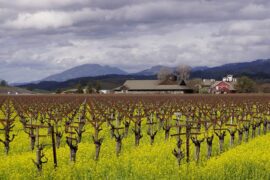 Here’s What To Wear In Napa In September! 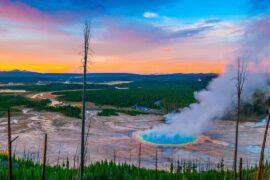 Here’s What To Wear In Yellowstone In September! 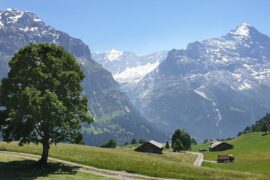 Here’s What To Wear In Switzerland In September

Here’s What To Wear In Seattle In September!