Here’s Why a Diamond Glows Purple Under Black Light!

Have you ever wondered why your diamond is glowing in a purple color under black light?

Some diamonds glow in different colors like a blueish purple color under black light because of a phenomenon called fluorescence.

Do you know what is black light? The black light can also be called UV light or ultra violet light.

Many people often get confused about the difference between ultraviolet light and black light but actually, there is not much of a difference and they are the same thing.

The black light can illuminate the fluorescence present in the diamonds with ultraviolet light.

That makes some natural diamonds glow in a variety of different colors in the presence of ultraviolet light.

If you are pondering whether you should be buying a diamond with fluorescence or is it a bad thing then you need not worry.

If you want to buy a diamond with fluorescence then go ahead and buy it without hesitating too much.

Fluorescence in diamonds can even improve and enhance the appearance of your diamond.

Whether you should be buying a diamond with fluorescence or not depends mainly on your taste.

The bad thing about a diamond with fluorescence is that it can get a foggy and cloudy look but it is very rare.

Why is My Diamond Glowing Purple Under Black Light?

The answer is simple. It is because of a phenomenon called fluorescence present in diamonds that makes diamonds glow in different shades of blue, purple, green, and sometimes even red and yellow under UV light.

If your diamond is also glowing in a shade of purple under black light or UV light, it is very natural as the diamonds with fluorescence glow in a blueish purple color or another color under UV or black light.

Do Real Diamonds Glow Under Black Light or UV light?

Still, we should not be deciding whether a diamond is real or not based only on the fact that it glows under black light or UV light.

So, don’t worry if your diamond is not glowing under UV light. The diamond you own may be natural but it does not have fluorescence so it is not glowing when exposed to black light or UV light.

However, the lab-created diamonds can glow under black light too like the natural diamonds. Lab-grown diamonds are the type of fake diamonds.

What Colors Do Diamonds Glow Under a Black Light?

When natural diamonds with the property of fluorescence are exposed to black light or ultraviolet light, they can glow in many different colors.

The most common color is blue as most diamonds glow in blue color when you exposed them to UV light or black light. Other than blue, diamonds can glow in yellow, green, purple, and red colors too. 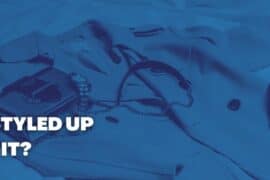 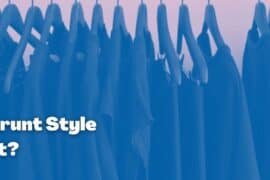 Is Grunt Style legit? A Breakdown! 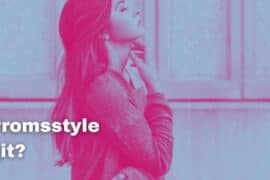 Is Promsstyle Legit? A Breakdown!