Every clothing brand is known by its logo. A logo is, in simple terms, an identity of a brand.

Many clothing brands have scissors logos to represent their brand. As we all know, the first step of making clothes is to cut a piece of cloth.

And to cut a piece of cloth, tailors need a scissor. A scissor is an important tool in manufacturing a new clothing item because it gives a shape to the outfit.

A single piece of cloth can be transformed into different sorts of pants, shirts, hoodies, or any other clothing item.

The scissors logo shows that the brand specializes in selling clothing items.

In this article, we have described some brands that have the logo of scissors. Keep on reading to find out!

Denham was founded in 2008 by a jean maker, Jason Denham. The main products that Denham sells are jeans, however, they also sell different sorts of clothing for both men and women.

The story behind the scissors logo is interesting. As the founder of the brand, Jason Denham was a jean maker so he collected more than 2000 pairs of scissors.

Because of this reason, when he started his brand, his first and last choice for the logo was a pair of scissors.

Denham also explains that the scissors logo is also a metaphor for teamwork just like the two blades of scissors work together to make marvelous items of clothing.

The tagline of the brand is, ‘The Truth is in the Details’. This shows that Denham pays attention to every little detail whether it’s in the designing process or the manufacturing process.

Although Denham was founded in Amsterdam, it opened its first store in Japan in 2010.

As time passed, Denham opened various stores in Amsterdam, Netherlands, Germany, and many other countries.

Currently, Denham has several stores in more than 20 countries which shows its success. Denham is also very popular on social media and has thousands of followers on different platforms. 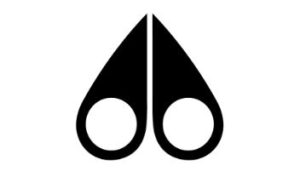 The initial aim of the brand was to make the toughest and most luxurious sportswear in the world but now they make different sorts of jackets and other outwear clothing items.

Moose Knuckles manufactures its clothing in Canada and has three factories and more than 200 employees in different parts of the country.

Since Moose Knuckles manufactures warm outerwear for an extremely cold environment, it has to use fur, leather, and other animal products.

But the brand claims that they protect these animals by taking proper care of them.

Scissors Holic is an Indonesian clothing brand that sells different sorts of clothing items and footwear.

Almost all of the products including clothing items have the scissors logo on them. Scissors Holic advertises themselves as an affordable merch store.

Scissors Holic has provided testimonials of their different customers on their website.