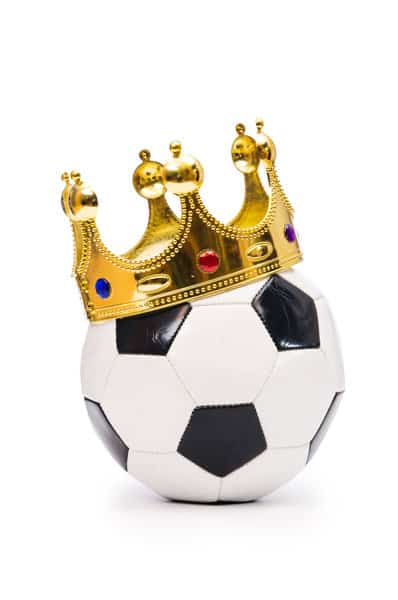 When we look at a crown, the words “power,” “victory,” “honor,” “glamor,” and “popularity” instantly pop up in our minds.

It is a symbol powerful enough that, when displayed, can make its viewer instantly have a sense of pride and honor.

Crown has not been limited to being adorned on our heads anymore.

Several businesses worldwide are now using them as their brand logos to showcase power, popularity, and steadfastness towards their customers.

Let’s have a little insight into some clothing brands that are using crowns as their logos and have created a powerful and notable image in the apparel industry. 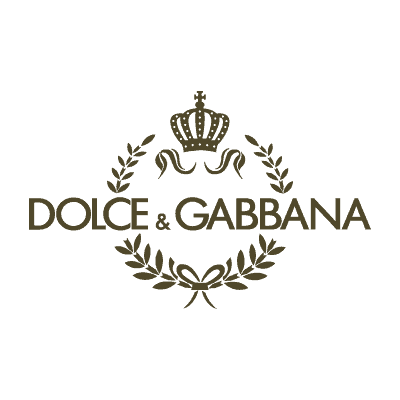 You must have heard this brand’s name before.

This brand remains strong as one of the first fives in the “top luxury brands to shop from” search list.

Let’s dive into some interesting facts and figures about Dolce & Gabbana.

Domenico Dolce was born to a family who owned a clothing business in Palermo, Sicily.

He had been working with his family since his childhood and had firsthand experience in fashion designing and how to make customers happy.

Stefano Gabbana was born in Milan, Italy, quite the other side from where Domenico was born.

He initially worked as a graphic designer but soon became interested in fashion design and switched his fields to pursue his dreams.

Stefano and Domenico both met when they were assistant designers at some place.

Their chemistry soon hit off, and they launched a clothing brand that became known as Dolce & Gabbana.

What do they Design?

They are best known for making pantsuits—a female symbol of power and confidence.

In their early years, they introduced suits made up of leather that were uniquely embroidered with sequins, exciting patterns, and so much more.

As ‘the boys’ (that’s how they were referred to in their early career) are from Italy with a Sicilian background, they design clothes that are heavily influenced by their culture.

They are known to create seductive yet traditional and dramatic styles for their collections and try to liven them up as much as possible.

All their collections have to have that Italian touch, which makes the brand so unique and classy.

Their Rise To Fame:

Dolce & Gabbana started to gain fame after their fourth collection.

However, their exponential rise to fame came when Madonna herself chose them to design her outfits for the 1993 Girlie Show tour.

Later on, the brand asked Madonna to become their ad face, to which she happily agreed.

The legendary Cher’s iconic yellow dress in the movie Clueless was also designed by Dolce & Gabbana.

Even to this day, that yellow outfit is deemed Cher’s most iconic dress of all time.

They introduced the haute couture system in their fashion shows.

This makes their wealthy customers fly from all around the world to come and attend their fashion shows to spend big, hefty amounts on getting custom-made, fitted clothes for themselves.

This generates hundreds of thousands of euros in revenue for the brand.

What Does The Crown On Their Logo Signify?

This logo is only printed on items that are of high value and are exclusively lavish. This is why this logo is a rare sight to be seen.

The brand has already secured a place in the hearts of many people and has resonated with people from all kinds of backgrounds; a quality found to be in the ruling monarchs.

As far as immortality and glory are concerned, they are a timeless luxury brand that has already engraved its name into the list of iconic designer brands.

When you first hear the name “Louis Philippe” you automatically get the idea that it has French origins. But for this particular brand, that’s just not true.

Although named after a French king, this brand is actually an Indian brand.

Let’s look at some interesting facts about this brand.

Louis Philippe was founded in 1989 by Madura Fashion and Lifestyle in India, a subdivision of the company Aditya Birla Group.

They acquired their global rights for the brand in 2000 and have seen significant growth in their apparel business.

It is one of the largest clothing brands in India.

What Do They Sell?

Louis Philippe is famous for selling men’s apparel in all price ranges, from budget-friendly pieces to high-end luxury wear.

They make sure that their male wearers appear as the epitome of luxury, class, and elegance.

They make every kind of apparel for men, including shirts, suits, trousers, blazers, chinos, jeans, jackets, kurtas, ethnic wear, and so much more.

What Does The Crown Signify As Their Logo?

The crown, as the brand’s logo, quite simply denotes luxury.

Wearing the crown on their clothes makes their wearers feel as if they are from an upper class, as the company is explicitly known to make very soft, luxurious, and good quality clothes for men.

Problems That The Company Had To Face:

The raw material that the company used for its manufacturing has increased in price due to the inflation of the Indian Rupee.

They have stepped up to help stop the rupee from depreciating further by reducing their imports.

Now, they only import specialty fabrics, and the rest are made locally.

However, this price hike has affected the profit margin of the company, which resulted in them increasing their product’s prices by 100 or 200 rupees.

Since olden times, Indian men have practiced the culture of purchasing raw cloth and getting it stitched themselves according to their taste.

Despite going against the odds of this culture, Louis Philippe has been able to grow its marketing and sales.

They added 50 more stores to their 135 already-existing stores.

They also saw a spike in their sales rate over the years and are expecting to grow by 15% this year, reaching a turnover of Rs 10000 million.

Their sub-brand “Luxure” proved to be very successful.

It contributed 15% to the total revenue of Louis Philippe, and the sales reached a whopping 6.5 billion rupees at the end of the year.