For quite some time, pigs have been a popular symbol. They are believed to bring a lot of good luck and fortune for one.

This popular belief originated in the Middle Ages, when people considered animals to be a sign of prosperity.

Not only that, but many people associate the symbol pig with money. It is very commonly believed that pig is also a symbol of fertility and frugality.

For this reason, Europeans also respect and show affection to pigs. Plus, you may also have seen and used “piggy banks” when you were little to save money!

While pig is just an animal, it has a lot of meaning attached to it. For many people, this animal is considered to be sacred.

Due to the deeper meanings attached to pigs, such as good luck and fortune, many brands have used it as their symbol.

They do so to either attract customers who believe in the positive connotation behind the pig symbol or because the symbol resonates with their own brand values.

In this article, I’ll be discussing details about a few brands which have used a pig symbol as their logo. 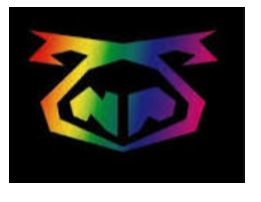 Frederick Kearney and David Laurterstein are partners who established Nasty Pig Inc on October 31, 1994 with only one sewing machine and a $50 budget. Today this brand is a huge one in the market and has earned in millions of dollars.

They started off by making clothing for their friends in New York City and then went on continuing to make creative designs for other customers.

They have always worked with integrity and that is why their brand has been able to achieve immense success in 20 years.

Frederick and David both claim to have received a lot of criticism for naming their brand Nasty Pig.

However, the partners refuse to change the name or the logo of their brand for anyone or anything. They believe that they don’t need to flatter more of the mainstream market.

They also go on to say that there are many people out there who won’t understand them and their creative designs.

However, this won’t stop them from doing what they do as it helps the very few people be confident in who they are.

The brand’s clothing is actually an expression of the Great American Dream. David and Frederick create unique and trendsetting products which are shipped all over the world.

Their clothes are inspired by hip-hop culture as well as the gay culture, according to them.

Cotton Pigs is a clothing brand which makes clothes for babies. It was established with the dream to incorporate fun and versatility in clothes for children.

All of their clothing is reversible and is made with the softest organic cotton. The clothes also are made using hand-picked prints by the founder of Cotton Pigs herself, Stephanie.

Stephanie is a mom who got her inspiration for this brand when she was looking for ways to travel light. This didn’t seem possible to do with a baby as they need several outfits.

Stephanie was constantly searching for outfits that offered her multipurpose designs. She also wanted soft organic cotton that would look cute on her daughter.

However, she was disappointed by her search and then was inspired to create such clothing herself. Hence, Cotton Pigs came into existence.

Stephanie realizes that a baby’s skin is extremely sensitive as her daughter’s skin was often prone to eczema.

Therefore, it was a major priority for her that the clothes she created were made out of soft organic cotton which provided ultimate comfort and prevented skin irritation. 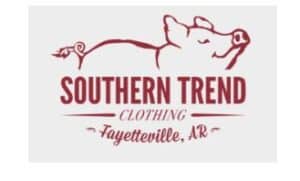 Southern Trend Clothing was established in Fayetteville, Arkansas in 2012. The company creates high quality and one of a kind apparel as well as accessories.

They take inspiration from the latest fashion trends to come up with unique designs for their customers.

They have a huge customer base which comes from several different backgrounds. Southern Trend Clothing is actually proud to have something for everyone in their stores, from outdoors men to sports lovers.

Their products are designed to showcase people’s favorite interests in a more fashionable way as well as in a fresh manner!

According to the many reviews on their website, people have praised the quality and design that this brand offers. They have also enjoyed the fast shipping and claim that the brand’s clothing fits true to size.

Southern Trend Clothing manages to create not only soft and comfy but also trendy clothing for their customers who seem to love it.

However, Southern Trend Clothing currently only ships within the United States. They process their orders within 2 to 5 business days and ship them as soon as possible. They’re actually known for their smooth and hassle-free delivery.