Anyone with even the most basic understanding of hairstyling has likely heard of French braids.

But what exactly are they, and why have they remained so popular over the years?

A French braid is a type of plait that incorporates hair from all over the head, rather than just the temples or crown.

This gives the braid a fuller, more dramatic look.

The origin of French braids is uncertain, but they are believed to have originated in North Africa. 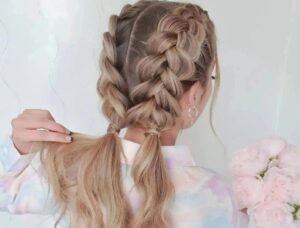 French braids were popularized by French celebrities, and they have been worn by people of all ethnicities since then.

Lately, there’s been a lot of discussion about cultural appropriation, particularly when it comes to French braiding.

Some people argue that it’s never okay to wear a French braid because it originated in another culture, regardless of the context.

Others say that as long as you’re respectful and educated about the history and meaning of the style, there’s no problem.

Let’s take a thorough look at the history of French braids and figure out if wearing them is really a form of cultural appropriation.

French braids are a popular type of braid that can be worn as a hairstyle and an accessory.

The history of French braids is not entirely clear, but some evidence suggests that they go back more than 6000 years.

There is no shortage of theories about the origins of the French braid.

Some say that the style was first worn by ancient Egyptians, while others claim that it was created by modern-day French women.

It is also believed that French braids originated in North Africa, where women have been braiding their hair for centuries.

Braiding is a tradition in many African cultures, and the French braid was likely developed from traditional African braiding techniques. 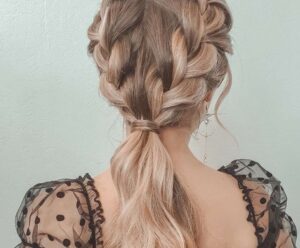 French braids became popular in Europe by Morocco and Algeria settlers and were often worn by wealthy women as a status sign.

French braids became popular in France during the Napoleonic era when many women began wearing their hair in elaborate styles.

During the Victorian era, French braids fell out of fashion but were still occasionally seen in high society. French braids later made a comeback; today, they are worn by women of all ages and religions worldwide.

The question of whether or not wearing French braids is considered offensive is a complicated one.

On the one hand, the style is derived from a traditional African hairstyle, and many people of African descent view it as an expression of their culture.

They argue that the braid has a specific meaning in their culture and that it should not be worn by people who are not part of their community.

On the other hand, the style has become popularized by mainstream culture, and many people who wear it are not of African descent.

These people believe that style is simply a way to express oneself and that anyone should be able to wear it, regardless of their background. 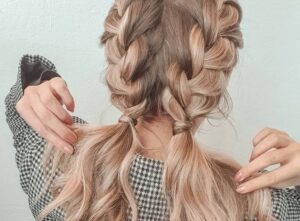 Therefore, there is no easy answer to the question. What matters the most is the intent of the person wearing them.

If French braids mean nothing more to you than a chic hairstyle and you wear them without appreciating their origin, it can offend anyone from that culture.

French braids are a popular hairstyle among white people. While they may be wearing this hairstyle out of adoration, this practice is often considered rude or disrespectful.

Many people think that white people stole the French braid style from other cultures, while others believe that the style originated with white people.

For many North African people, it is a reminder of slavery as braids were historically worn by slave women in North Africa.

These women were often treated harshly and forced to work long hours, and the braid was seen as a symbol of their subservience.

Over time, the braid became associated with oppression and servitude, and many North Africans viewed it as an offensive style.

While there is no universal consensus on the matter, it is generally considered polite to avoid wearing a French braid if you are not of North African descent.

French braids are a timeless hairstyle that anyone can wear regardless of their cultural background. 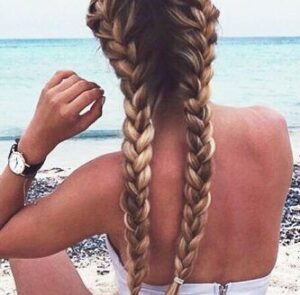 However, it is essential to wear them to respect the culture from which they originate. Here are a few tips for wearing French braids without causing cultural appropriation:

Following these simple guidelines can help ensure that your hairstyle is an expression of appreciation, not appropriation.

One of the tricky things about hair is that it can be both highly personal and deeply cultural. As a result, hairstyles can be a minefield when it comes to cultural appropriation.

While French braids are stylish, can be worn in various ways, and can suit any hair type or length, wearing them can be seen as cultural appropriation.

This is because they have deep meaning in many cultures, and they are often worn as a way to express identity.

The good news is that some basic steps can help avoid appropriating the culture they belong to, which include learning about the culture and giving the credit where it’s due.

Finally, remember that appropriation is not always intentional. If you’re unsure whether a particular style is appropriate, it’s always best to err on the side of caution and ask someone from the culture before wearing it.