Over the years, braids have been a popular hairstyle for women of all ages. Braids offer a versatile way to style your hair as they can be made in numerous ways.

Whether you’re looking to keep your hair out of your face or add a bit of flair to your look, braids can do it all.

Braids are also relatively low-maintenance, which makes them an excellent option for busy women. 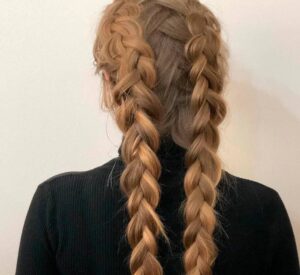 Braids usually involve taking three or more strands of hair and intertwining them.

Braids can be simple or complex, tight or loose, and they can be worn in various ways.

Regardless of the style, braids are an easy way to add interest and texture to any hairstyle.

Braids have become increasingly popular among celebrities and everyday women in recent years.

From fishtail braids to French braids, there are endless possibilities when styling your hair in braids.

While braids are undoubtedly one of the most popular ways of styling your hair, some people believe that wearing certain braids, such as Dutch ones, is cultural appropriation.

Let’s see if it really is.

The Dutch braid is a classic hairstyle that has been around for centuries.

Also known as an inverted French braid, this plaited style is characterized by three strands sewn together from the center of the head towards the nape of the neck.

While the Dutch braid may look complicated, it is actually quite simple to achieve. Some believe that the style originated in the Netherlands, hence its name.

However, nobody knows for sure who invented Dutch braids, but there are a few theories. One popular theory is that they were invented by enslaved Africans who wore their hair in a similar style. 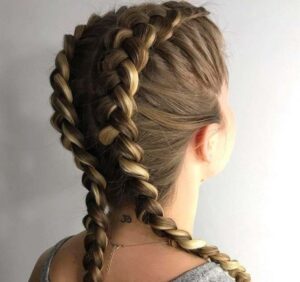 Another theory is that Dutch women created Dutch braids to keep their hair out of their faces while working.

It is also believed that the Dutch braid was popularized in the United States by Dutch immigrants in the 19th century. Regardless of their origin, Dutch braids have become a popular hairstyle worldwide.

When it comes to hairstyles, cultural appropriation is often a hot-button issue. For example, some people argue that white people should not wear cornrows because they are appropriating an African hairstyle.

Others argue that cornrows are simply a hairstyle with no traditional value, and anyone should be able to wear them.

Similarly, there has been debate over whether white people should wear Dutch braids or not.

Some argue that Dutch braids originated from a culture entirely different from theirs, so only black/Dutch people deserve to wear them.

Conversely, others think that Dutch braids are just a way to do your hair without any cultural significance attributed to it, so it shouldn’t be a big deal.

However, the fact remains that Dutch braids belong to a different culture, and you must be mindful while using something from a foreign culture.

You might not intend to offend someone, but the truth is, people can take offense if they sense cultural appropriation.

All over the world, people have different customs and expectations when it comes to hair. In some cultures, short hair is considered more professional, while long hair is seen as a sign of femininity in others.

Braided hairstyles are also popular in many cultures, but there is often debate about the types of braids suitable for different settings.

Dutch braids have become increasingly popular recently, but their roots go back much further than that. 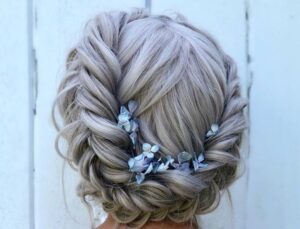 Closer relatives to box braids or cornrows, Dutch braids are a traditional African hairstyle worn by women for hundreds of years.

The distinctive reverse criss-cross braid pattern gives a plaited, decorative and practical effect. Dutch braids help keep the hair off the neck and face in hot climates, providing much-needed relief from the heat.

They also help in protecting the hair from damage, as the braided strands act as a barrier against friction and breakage.

For many African and Dutch women, the Dutch braid is more than just a hairstyle. It is an integral part of their cultural identity.

While it may not hold any sacred value in the culture it comes from, it can still be considered rude or disrespectful to mimic a culture without knowing anything about it.

While braids are a universal form of hairstyle that anyone can wear, it is crucial to be aware of the potential for cultural appropriation when wearing braids.

The best way to avoid appropriating another culture is to educate yourself about the meaning of the hairstyle before you wear it.

Many people consider Dutch braids only a hairdo and nothing more. But, what you consider “only a hairdo” might be held dear by many people from that culture.

So, if you are planning on wearing Dutch braids, take the time to learn about their history and culture so that you can wear them with respect.

With the rise of social media, it’s easier than ever to connect with people worldwide. And while this can be a great way to learn about new cultures, it can also lead to cultural appropriation.

The best way to avoid cultural appropriation is to gain as much knowledge as you can about different cultures and their traditions.

Do your research before trying something new, and be respectful of its meanings and symbolism.

If you’re unsure whether something is appropriate, ask somebody who is part of that culture. And if you do make a mistake, apologize and learn from it.

With a bit of awareness and sensitivity, we can all avoid appropriating other cultures and show respect for the richness and diversity of the world around us.